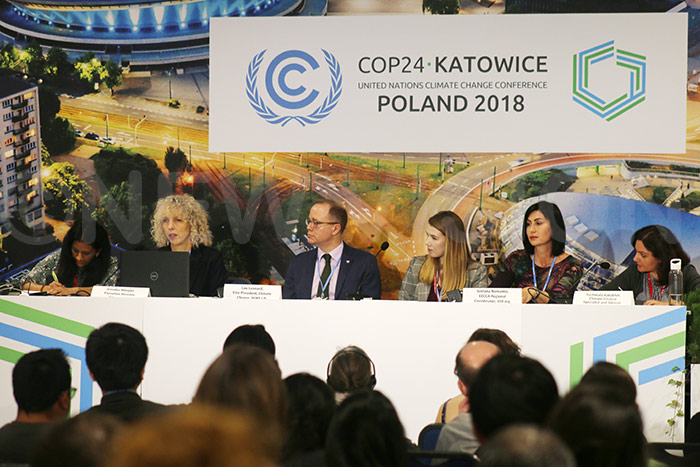 POLAND  - The global fashion and sports industries have joined the battle against climate change by launching charters for climate action.

The fashion industry charter for climate action, aligned with the goals of Paris agreement including limiting global warming to 1.5 degree Celsius or well below two degrees was launched December 10, 2018 at the on-going UN climate change summit in Katowice, a city in Poland.

According to the United Nations Climate Change, through its supply chains and energy intensive production, the process of manufacturing all clothes, which people wear produces 10 percent of the global greenhouse gas emissions, which are causing climate change. And United Nations Framework Convention on Climate Change (UNFCCC) estimates that if nothing is done to address this, emissions from this sector will soar to more than 60 percent by 2030.

But with this charter, the global fashion industry hopes to collectively reduce these emissions. Specifically, the charter targets addressing climate change impact of the fashion sector across its entire value chain, with a vision of achieving net zero emissions by 2050. 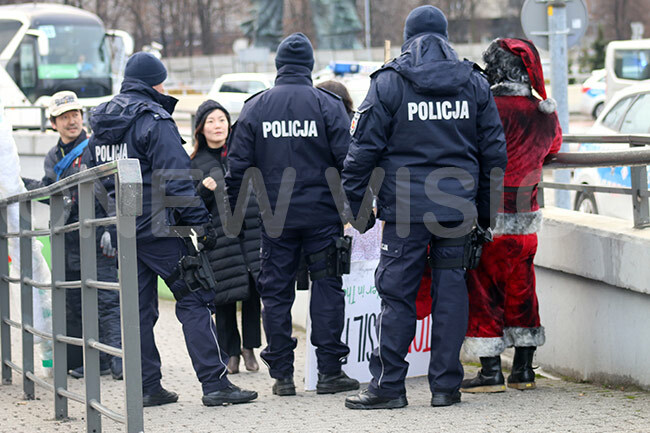 "Now you would ask why the fashion industry is so much interested in this after all it is about selling shoes and selling clothing?" wondered Stefan Seidel, head of corporate sustainability at Puma SE, a German multinational company that designs and manufactures Puma athletic and casual footwear among other products.  He was speaking at the launch.

"We are in the business of selling shoes and selling clothing and we have this huge impact (on climate)," he noted.

Seidel said everyone on the planet is wearing products of the fashion industry, which puts people in direct contact with this industry.

"Our climate emissions are estimated to be higher than those of the transport sector and those of Russian so that shows the size of the problem that we are facing," he said.

Russia, with a population of 144 million people, emitted 1693 million tons of carbon dioxide in 2017 according to the Global Carbon Project.

Up to 43 leading companies in the global fashion industry including adidas, Hugo Boss, H&M Group, Puma SE, and global logistics company Maersk, among others, have committed to implementing or supporting this Charter.

As signatories, these companies have committed to reduce their aggregate emission by 30 percent by 2030. They are also to keep quantifying, tracking and publicly reporting their emissions, consistent with standards and best practices of measurement and transparency, among others.

The framework is meant to unite sports organisations, teams, athletes, and fans to battle climate change through raising awareness and action to meet the goals of the Paris Agreement.

The 2015 Paris agreement urges ambitious efforts to combat climate change and adapt to its effects.

According to the United Nations Framework Convection of Climate Change (UNFCCC) representatives from the sports industry, working with UN Climate Change over the past year, created the new Sports for Climate Action Framework to drive emission reductions of sports operations and tap the popularity and passion of sport to engage millions of fans in the effort.

Up to 17 sports organizations including FIFA, International Olympic Committee, UEFA and Formula E are already signatories to this framework.

"I'm here to encourage you to use your significant global leadership position to help us address the greatest challenge of our time: climate change," said UN Climate Change Executive Secretary Patricia Espinosa.

"Sports produces climate-changing emissions in many ways, through associated travel, energy use, construction of venues, catering, and other ways," she noted.

Speaking at the launch, Prince Albert II of Monaco, Chair of the of the Sustainability and Legacy Commission of International Olympic Committee said sports would inspire millions of people round the world to battle climate change.

"With its global reach, universal appeal and the power to inspire and influence millions of people around the globe, sport is uniquely placed to drive global climate action and encourage crowds to join in," he said.