Why did Burundi block Uganda scouts?

Gen. Katumba Wamala wondered why the delegation was still at the border, fearing that all the competitions would be over by the time they reached the camp.

Gen. Katumba Wamala wondered why the delegation was still at the border, fearing that all the competitions would be over by the time they reached the camp.

Uganda Scouts Association (USA) has protested the decision by Burundian government to block the over 309 scouts from attending this year's African Zone Scout competition that kicked off on Sunday at Gitega. 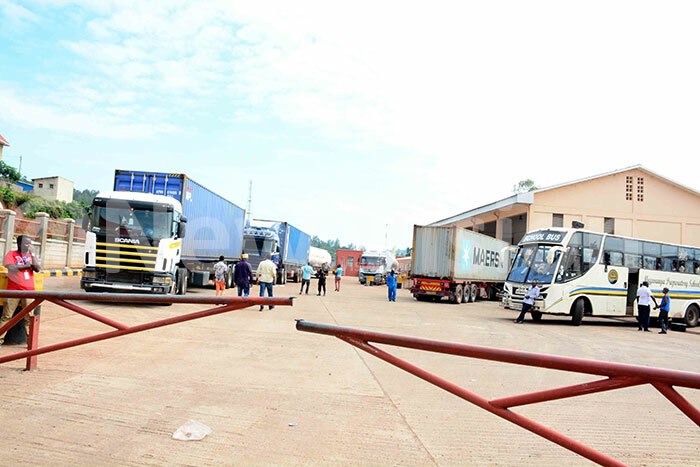 Many countries were expected
The competitions were supposed to attract competitors from Ethiopia, Kenya, Tanzania, Rwanda, Uganda and Burundi the hosts. 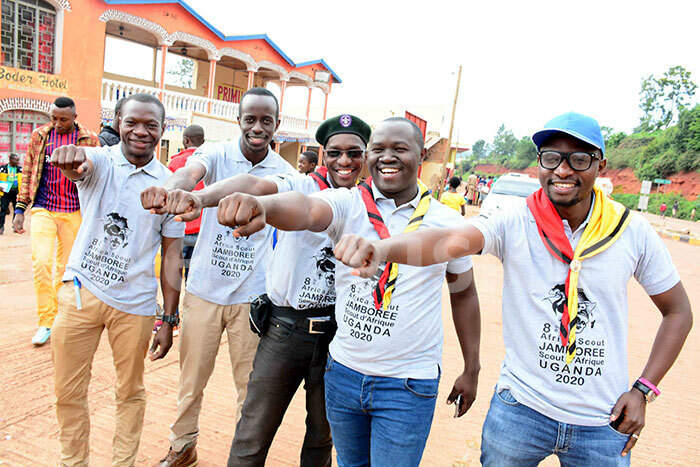 Uganda, the chair blocked from own function
Uganda was the chair of this year's zonal competitions and was supposed to provide judges, the band and guest of honour, but after the team was blocked at the border, even the top officials who wanted to proceed to the event changed their minds and moved back with the rest of the team. 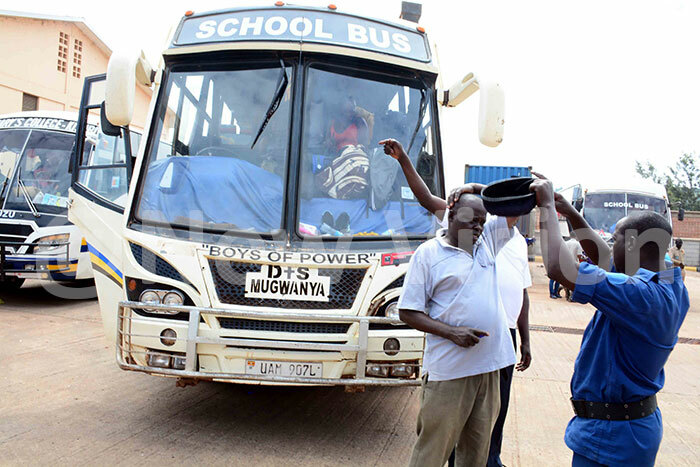 And the news that they could proceed came

Ntare School asked to return
Sources within the Ugandan delegates revealed that even students from Ntare School who had moved ahead of the team were directed to withdraw and return to Uganda.

Gen. Katumba Wamala reacts
The USA chief commissioner, Gen. Katumba Wamala, who did not travel with the team sent a message to one of the coordinators indicating that he had talked to Captain (SFC officer in charge of security for the scouts) on Sunday and told him to bring the kids back if the Burundian authorities had become ‘so inhuman' 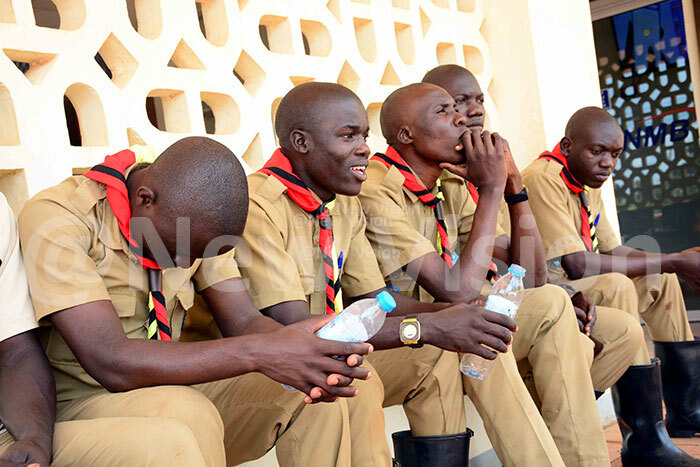 And this was the reaction to the sad news

His reaction came after getting information that over 309 scouts from Uganda had spent another night in the cold after leaving Uganda on Saturday.

The scouts, who were scheduled to attend the Africa Zonal Scout competition in Burundi which kicked off on Sunday were supposed to arrive at Gitega on Saturday.

They were first held at Mutukula border post for over 10 hours but when they finally proceeded to Burundi in the night, they again spent another night at the border owing to security issues.  The Uganda delegation encountered a number of challenges.

Delayed for security reasons
They were supposed to leave the National Scout Camp site in Kaazi on Friday morning but the scouts were delayed after it became evident that security operatives were being organized to escort the children.

The children stayed a night at Kaazi and left on Saturday at about 4:00am and reached Mutukula border post at 9:00am. 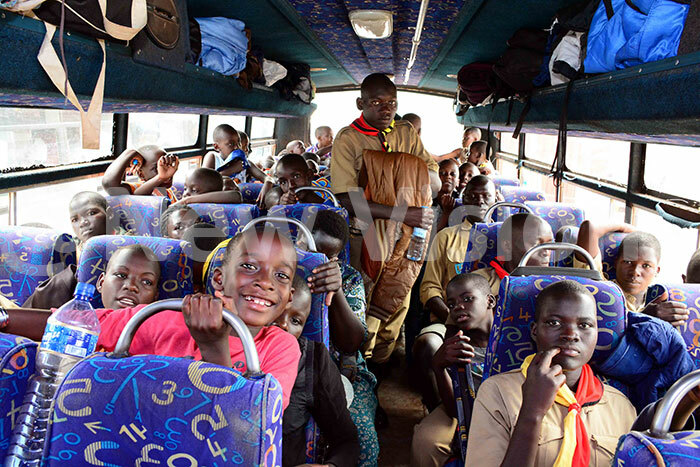 And they get into the bus back

Tanzania provides army escort
However, at Mutukula, the delegation was cleared to proceed at 7:30pm with an army escort from Tanzania after several discussions on whether Ugandan armed security operatives should be allowed to enter the country while armed.

Bad weather, bad roads
The soldiers escorted the six buses, but diverted from the main route and chose a marrum road that leads through a game reserve, where the buses got stuck in the mud.

The weather was too cold for the children but the scouts pushed the buses and were assisted by some truck drivers who used the trucks to pull one of the buses from the mud.

Other buses encountered similar problems ahead, which delayed them team. 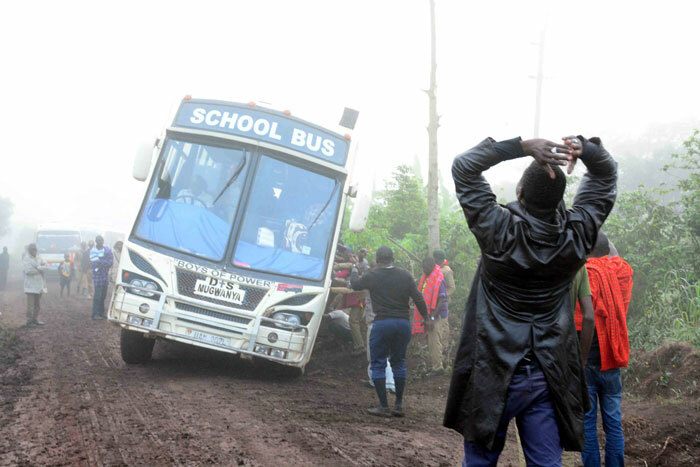 Bad roads had made the journey stressful

Cleared, but not allowed to proceed
The scouts arrived at the Burundian border at about 9:00am on Sunday, where the Tanzanian arm handed over and the immigration officials cleared everybody, but asked them not to proceed.

Unending security discussions
The Ugandan security personnel were again locked up in discussions on whether they would be allowed to cross with their guns.

Katumba who kept in close talks with the team coordinators wondered why the delegation was still at the border fearing that all the competitions would be over by the time they reach the camp.

A crack in the body of East African community?
"But you have a story to tell about how East Africa federation is still far from reality if kids could be handled that way, it's terrible," Wamala said.

Uganda is scheduled to host the African Scout jamboree in 2020 at Kaazi.

Stephen Bitwingire, the national deputy commissioner who represented Wamala, said they decided to withdraw back to Uganda due to security reasons. 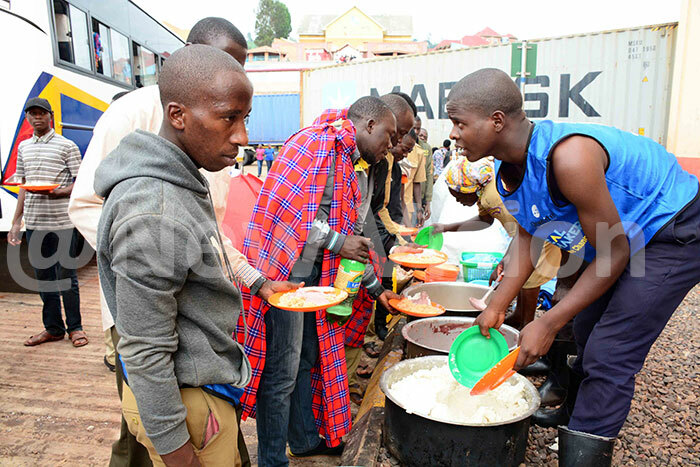 At least there was food all the time

Although they tried all possible means to let the team be cleared, Bitwingire said nothing much was achieved. He said they engaged all authorities, including Uganda's ambassador to Burundi, Brig. Matayo Kyaligonza but failed to succeed.

He said the scouts have been moving without security, but they were advised that the current situation in Burundi was not safe for the scouts.

"After discussions with authorities in Uganda we were advised to call it off, yet Uganda is the current chair," he said.

He said the scouts were disappointed and had not enjoyed this year's activities.

He advised all scouts associations in East Africa to always inform their governments in time before they travel to another country to avoid such scenarios.

Regional body asked to intervene
He appealed to the scouts' regional headquarters in Nairobi and the EA federation to intervene and resolve the matter.

The National executive commissioner for Uganda Scouts, Richard Okello said the Burundi security delayed them on pretext that they were waiting for clearance from their commander which never came.

Gitega is 60km from the Burundi border, but despite several communications between Kyaligonza and top government authorities, the team was not cleared. 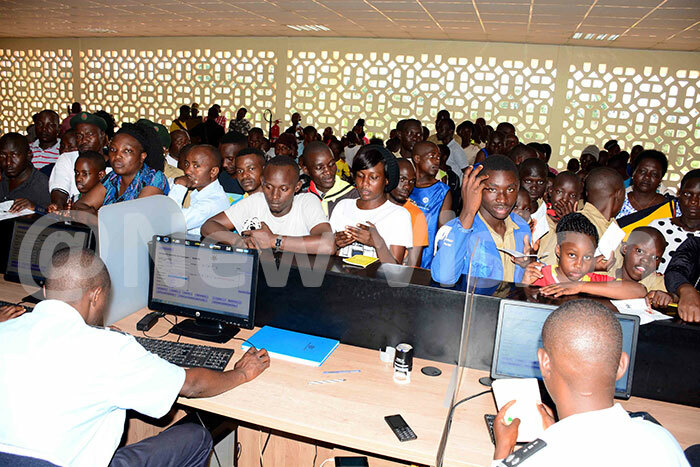 The children clearing at the border to return home

He said Kyaligonza was communicating with the in charge SFC at the border in the presence of the scouts' leaders and assured them that the team had been cleared from the top government offices.

Okello said as they set off from Uganda, they were advised to travel with security team to move with the children for the day and night to ensure the children were safe.

Team avoided Rwanda due to distance
He said the journey through Rwanda was a distance of 1,000km but 700km through Tanzania and therefore found it easier to go through Tanzania. The previous camp in Burundi was in Ngonzi and Rwanda was nearer.

By 5:00pm, the children were still at the border between Tanzania and Burundi at Kabanga.

Survivor to bury her family killed in Kyazanga accident