I want the overall trophy, Dr. Senyonyi te...
Next Story

However, 80 percent of the calendar has so far been covered a sign that there is hope for a bright future for the sport in the country.

The national league, the regional leagues and the Uganda Open were successfully held and men and women the armed forces continued to dominate in all the competitions.

UWA earned their maiden league title beating Prisons who had won the trophy four consecutive years 7-3 in the play-offs.

It was a vibrant season with zonal and regional championships being held in various parts of the country.

However, there was an emphatic victory in the Uganda Open which saw two Ugandans whittle down visiting players from Kenyans and Tanzanian.

UWA's Eddy Baguma and Harriet Akot of Club 291 in Lira won emerged champions in the men and women's category respectively, which was a remarkable a sign of growth in the sport. 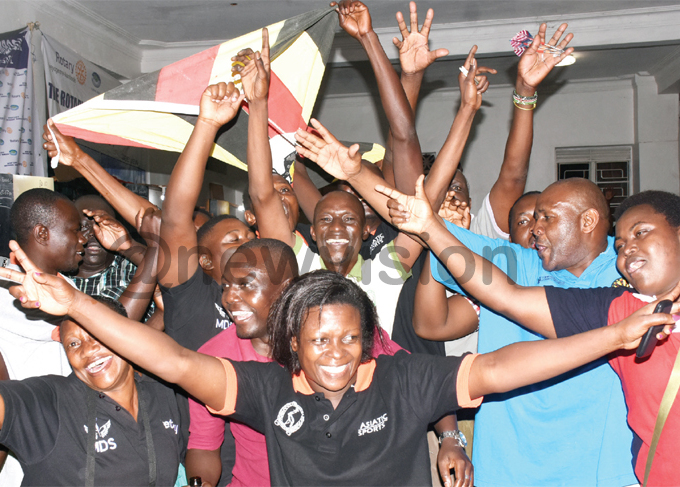 The Uganda team also travelled to Tanzania and Kenya for their International open championships and managed a podium finish in both competitions.

Despite concluding the league this year, UDA failed to complete the calendar as drawn at the beginning of the season by failing to hold certain regional tournaments including the Arua Open and Veterans Open.

The association also failed to recruit a young generation of players, and was clearly evidenced by the number of veterans who continue to dominate the sports.

"We really need to find a way of recruiting young and energetic players into the sport because the majority of our players are just participating for fun. This affects the quality of the national team," admitted UDA secretary David Tabaro.

"The fact that we play in pubs so many youths are left out because the environment is not condusive."

Financial challenges also affected the planning and organisation of events.

According to Tabaro, the association intends to organise capacity building training workshops that may help club officials learn management skills next season.

He also promised to improve the selection of players so that the national team can have a top cream from all over the country during international competitions. The association warned that disciplinary measures will be taken against indiscipline players including clubs.

According to UDA chairman Colonel Fearless Obwoya, indiscipline was on the rise and clubs and members are cautioned to reform or else risk strong punishments including being banned from the association activities.

Obwoya also promised to improve the welfare of players in the national team in order to motivate them and boost their morale in order to go for better results.

There is also a need for the association to spread the sport to upcountry areas as one way of demystifying the believe that the sport is for the forces. This could help to attract some funding.