Latest news pictures from around the world
Next Story

Musisi hands over KCCA office - what next?

"I pray that the transformation journey will continue with the team that I leave behind for a better city."

"I pray that the transformation journey will continue with the team that I leave behind for a better city."


After seven years and eight months at the helm of Kampala Capital City Authority (KCCA), Jennifer Musisi has handed over the office of executive director.

So who replaces her as executive director?

For now, no-one has been named her successor.

But, going by Friday's handover ceremony, business will go on as usual at City Hall. 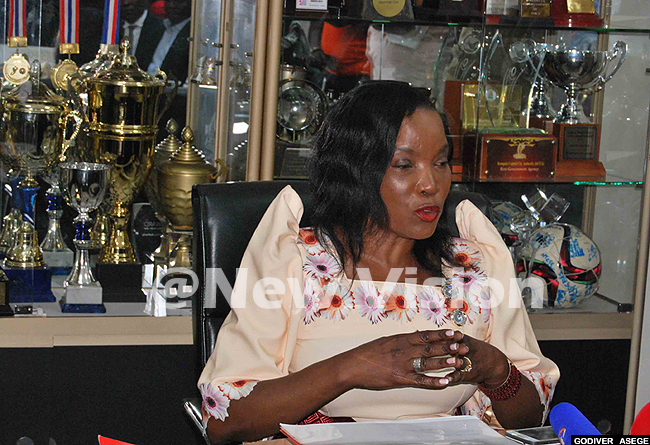 In the meantime, Minister of Kampala Beti Olive Kamya, after receiving the office from Musisi, now awaits "further instructions and guidance from His Excellency, the President".

A little over seven years into the job, Musisi threw in the towel a couple of weeks ago - and the public soon caught wind of the move.

Her decision to step down was penned in her resignation letter to President Yoweri Museveni dated October 15, which ended up being shared across social media platforms.

Her resignation would take effect in December.

But in her remarks on Friday, Minister Kamya said the President has yet to accept Musisi's resignation.

"We receive the office as handed over by Jennifer Musisi, but with a rider. The rider is that His Excellency has not yet accepted Jennifer Musisi's notice of resignation," she said.

"Technically, he has not yet accpeted it and neither has he appointed a replacement for Jennifer Musisi. I, therefore, receive this office awaiting further instructions and guidance from His Excellency, the President."

Commending Musisi for her "absolutely unprecedented professionalism" by meeting the groups she worked with to say goodbye, Kamya said the departing KCCA boss has left behind a "very competent team".

"I must commend Dr Jennifer Musisi for the professionalism - almost unprecedented in this country - of first meeting all the stakeholders that she has been working with during her seven years in office, including all the over 6,000 staff.

Meanwhile, even in departure, Musisi, clad in a gomesi - a traditional attire in Ganda culture - for the handover ceremony, cut a steely figure of confidence as she presented the minister with the various items of the office she occupied for years. 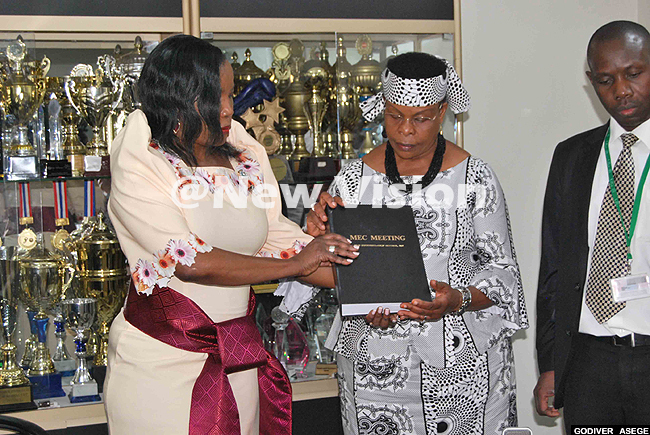 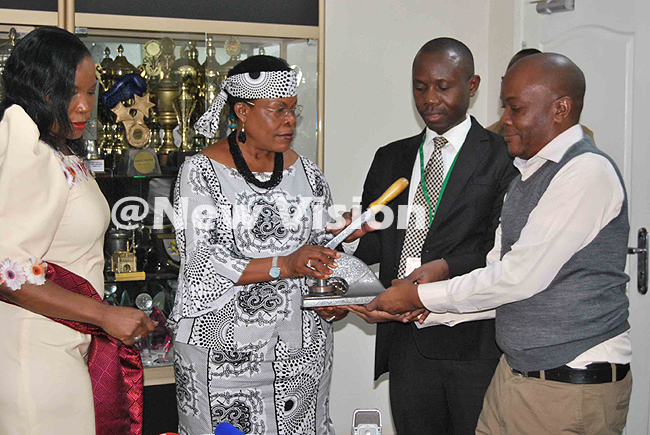 Among the items was the official seal, as well as the list of certificate of title of all KCCA properties.

"We have 250 land titles. Some are still in the transfer process, but the rest are with me," Musisi told the minister.

She also handed over KCCA's assets register - of everything that the Authority owns. "When I came there was none, but now we have one."

"Thank you Honourable Minister for the support that you have given us and the team for the time that you have been in office. And I pray that the transformation journey will continue with the team that I leave behind for a better city," said Musisi. 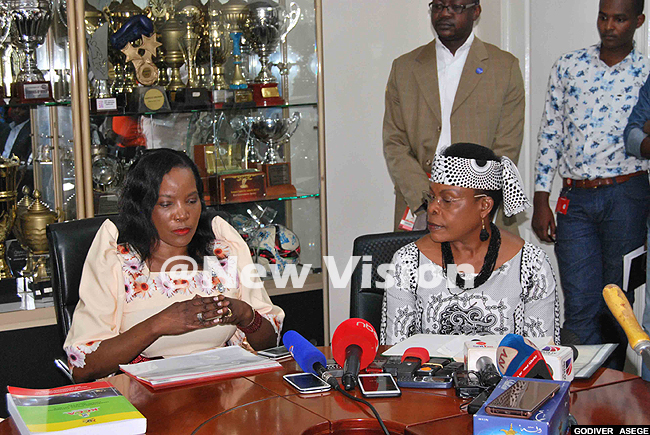 Signing out in sleek fashion

Meanwhile, moments after Friday's handover function, Musisi punctuated her departure with the release of a short sleek video.

In the one minute-and-14-second footage posted on her Twitter page and voiced-over by herself, Musisi is seen signing out of her office and leaving in a lift.

When given an opportunity to make a difference, let your existence matter by leaving things better than you found them.https://t.co/Xss7ooV0HC pic.twitter.com/XSExcu7hhi

In the movie trailer-like video, she talks of the highs while at the top-most echelon of KCCA.

"Every time I go to a school we have renovated and I look at the faces of these children, the renewed hope, that is a very high point for me," she says in the high-quality clip, fused with a movie-like sound track.

"When I go in the communities and I see the impact of the infrastructure we have built, to the health centres that we have refurbished and built, and I see the mothers and other patients comfortable, another child delivered in a safe, clean environment, and a mother in a clean, sterile bed, and I see Ugandans coming home and say 'We are are proud to come back to Kampala' and 'You have made us proud of Kampala'.

Rather than the 'The End' signature we are used to at the conclusion of movies, Musisi's video with 'Sign Out', followed by credits.

In some of her last activities as KCCA head, Musisi this week launched the second phase of a "comprehensive maternity unit at Kitebi Health Centre".

The facility is to provide quality health care for the community. "The postnatal period is a critical phase in the lives of our mothers and the newborn babies," she said.

Launched the second phase of a comprehensive Maternity Unit at Kitebi Health Centre to provide quality Health Care for the community—The postnatal period is a critical phase in the lives of our mothers & the newborn babies. SEE my Instagram ➝ https://t.co/AlhitOwiPI #KCCAatWork pic.twitter.com/Pa1r0dRva5

My team and I called on the Lord Mayor and his Deputy. https://t.co/AlhitOwiPI pic.twitter.com/MJIjiTsIx8

"It was a good visit," she tweeted.

It was a good visit.

A leader is 1 who knows the way, goes the way & shows the way-Maxwell.
We bid farewell to an outstanding leader, coach, mother & a professional Dr. @JenniferMusisi under whose eye I've worked for the past 10 yrs. May God lead her in the life ahead. [📸 @JoshWama] #AsanteJennifer pic.twitter.com/fm3eefdyzn

Half of Guluâ€™s pupils out of UPE