I won't allow chaos in the name of rallies - Museveni

“There is no problem with people assembling. The problem is that organisers want to hold their rallies in markets."

“There is no problem with people assembling. The problem is that organisers want to hold their rallies in markets."

President Yoweri Museveni has scoffed at accusations that his government is stifling civil liberties like freedom of association, saying such freedoms will only be respected if they are not disguised means of fanning the embers of chaos and instability.

Speaking at the Interparty Organisation for Dialogue (IPOD) summit that was yesterday held at Munyonyo under the auspices of the Netherlands Institute for Multiparty Democracy (NIMD), Museveni vowed not to cave in to foreign pressure on the issue of rallies.

"There is no problem with people assembling. The problem is that organisers want to hold their rallies in markets.  As long as I am around, no one will cause chaos of the kind in France," Museveni said in response to Basalirwa's earlier concerns about rolling back of civil liberties. Citing intelligence reports to the effect that the Opposition has over the years attempted to use rallies especially in urban areas to spark off the equivalent of ‘an Arab Spring', Museveni challenged those organising rallies to be well intentioned.

Arab Spring refers to a series of protests and demonstrations across the Middle East and North Africa that commenced in 2010, and eventually led to the ouster of tyrants in Tunisia, Yemen, Egypt and Libya.

Museveni promised that going forward, the Police will not block any opposition so long as the venue is appropriate (far from markets and other places that can inconvenience other people) and the intention is not to fan embers of chaos.

Museveni's comments came in the wake of complaints by the main opposition party the Forum for Democratic Change (FDC) about police blocking its rallies in Kasese and Rukungiri despite allegedly following the laid down procedure under the Public Order Management Act.

FDC decided to opt out of the IPOD summit as a protest over the aforesaid police action. 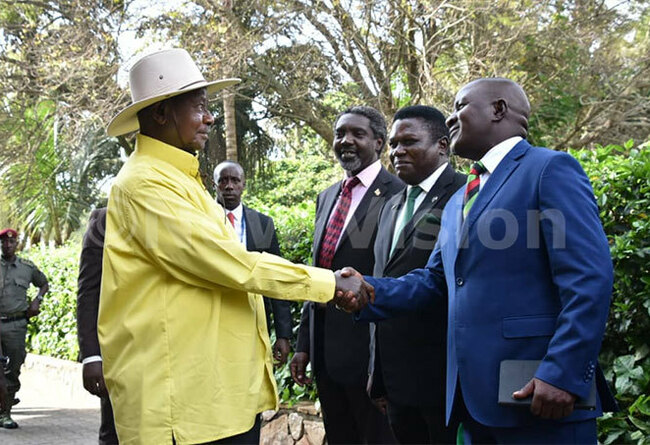 Although the constitutional court has not been invoked to interpret police's role in organising and management of public gatherings like political rallies, the Opposition has always pointed to the provisions of the public order management Act which limit police's involvement to getting notified by the organisers.

However, some police officers while dispersing political rallies have on many occasions explicitly noted that their permission is required by organisers before rallies are held.

Although the right to assembly is not among the non-derogable rights in Uganda's 1995 constitution, it's an inalienable right not granted by the state as highlighted by the Constitutional Court in the Muwanga Kivumbi case.

In the aforesaid case, the court declared unconstitutional a provision in the police Act which had made it explicit that organisers of public gatherings like political rallies had to seek police permission.

During the debate that preceded the passing of the public order management Act, then Prime Minister Amama Mbabazi in explaining Police's role in organising political rallies allayed fears of critics to the law by saying that government was alive to the constitutional court judgement in Muwanga Kivumbi case.

Revitalising the Chamber is our patriotic duty