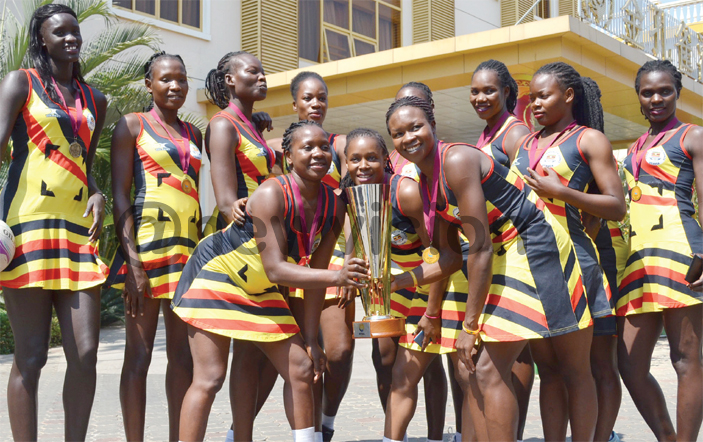 Qualifying for the 2019 Netball World Cup is enough for Uganda Netball Federation president Suzan Anek and her team to reflect on the year with a good level of satisfaction.

The She Cranes first competed at the world stage in 1979 in Trinidad and Tobago. The event was known as the World Netball Championship then.

At the 2015 World Cup in Australia, the She Cranes put up an impressive performance finishing eighth overall.

She Cranes stormed the 2019 after winning the Africa Netball Championship in Zambia this year.

Uganda finished ahead of second-placed Malawi on 10 points while Zimbabwe came third on 8.

As part of preparations for a third appearance at the World Cup, the She Cranes made an impressive finish at the Commonwealth Games. 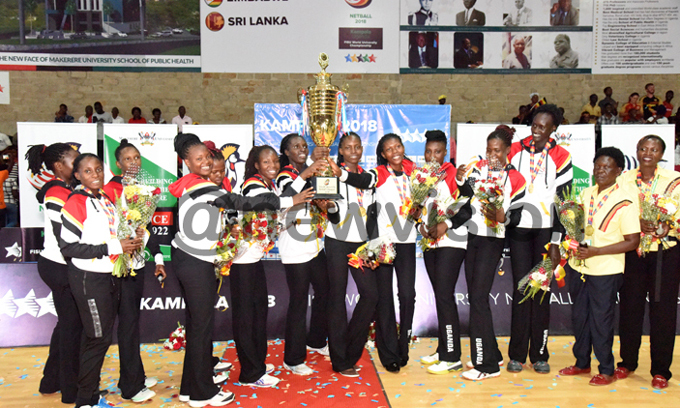 They finished in sixth position on their first appearance at the Games after going down to South Africa 53-42 in a classification match.

Stella Oyella and Peace Proscovia netted 22 and 19 goals each while Racheal Nanyonga added a goal as the She Cranes fell to the Protea side in Australia.

However, at the International Netball Friendly series, the She Cranes got mixed results against Barbados and England.
They won the first test series after beating the Bajan Gems of Barbados 2-1.

But Uganda suffered a 3-0 humiliation against the Roses of England.

Former champions NIC will need to play their cards a little better if they are to reclaim the title at the East and Central Africa Netball Championship and the national league next season.

This is after their rivals Prisons Netball Club proved to be dominant in either event this year.

At the regional event in Tanzania, the 16-time champions NIC lost 39-38 to Prisons in the final.

This was the fourth consecutive time that NIC lost in the final. On home soil, coach Vincent Kiwanuka's side failed to retain the national league title. The 18-time league champions needed to score about 110 goals in the last fixture against Maroons and failure to do so saw the title go to Prisons.

Prisons beat Maroons 68-23 in their final game leaving NIC with no excuse but to surrender the trophy. The display saw NIC finish in second position behind champions Prisons but tied at 25 points with the later. Prisons lifted the title because of better goal average.

The former Loughborough Lightning player will alongside her netball career undertake a PhD at the University of the Sunshine Coast starting next year.

The Nkumba University student landed herself a contract with Loughborough Lightning.