They submitted a petition asking UCA to review Damani’s last and decisive game where they defeated Wanderers by 8 wickets at Kyambogo.

They submitted a petition asking UCA to review Damani’s last and decisive game where they defeated Wanderers by 8 wickets at Kyambogo.

Olila High School have accused Aziz Damani of winning the Jazz Safari National Women's League in unconventional ways.
They submitted a petition asking UCA to review Damani's last and decisive game where they defeated Wanderers by 8 wickets at Kyambogo.
In their rather even minds, Olila who technically lost the title by one point, hope UCA disregard Damani's historic win over what they call "rule bending and unfair umpiring decisions"
The said game started over 3o minutes late and Olila officials who were following the game on site expected to see a walk over.  This meant Damani would get 5 points which were not enough to beat Olila to the title.
Damani still are faulted for fielding a non-registered player Sumaiya Nyago to make the required numbers in what is deemed as a desperate move to have the game played.
"When you win, you have to win fair and square. We feel such irregularities take away so much from the game. We hope UCA act accordingly" said Ivan Kakande, coach Olila. If a walk over was awarded Olila who had a better net run rate would be champions. 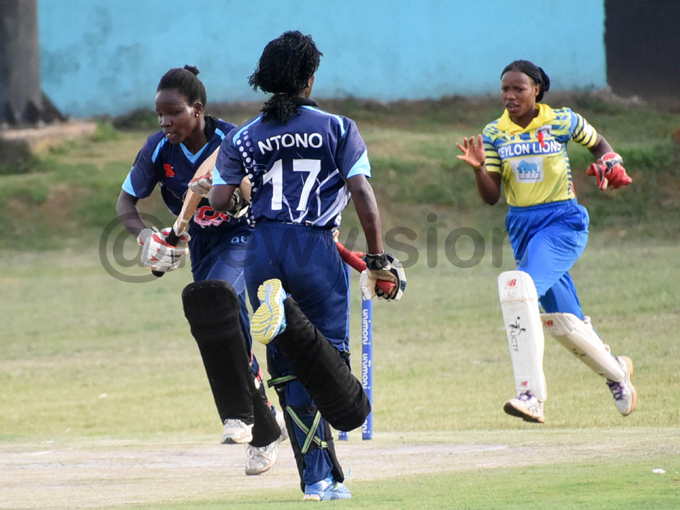 In response, Damani feel Olila's claims are simply out of frustration.

"The women's league has been very open this season. Olila themselves have played some games beyond 11 am. In this matter it would mean disregarding a big number of games that have played late," said Yusuf Nanga, Damani coach.
On allegedly fielding a non-registered player Nanga says Sumaiya  Nyago had not played for any other team which means she instantly became a Damani player as there were a general understanding between the two teams with Wanderers having players from Mukono Parents.
Nanga recalls when Mary Nandarenga who had not travelled as a player stepped in following the disappearance of Mary Nalule, Pricco Nakitende and Saidat Kemigisha from camp during the t20 World Cup global qualifier in the Netherlands.
Conversely, UCA being the primary sponsors of the women's league in a cost-cutting manner, games have been encouraged to be played even beyond the required times.  Olila are still waiting for a reaction from the Uganda Cricket Association.
EMAIL: kbalikuddembe@newvision.co.ug
TWITTER: @casozi14

Why you must eat Uganda fish

Feed your heart well to keep disease at bay