ICTs for Development: An opportunity in wa...
Next Story

(From left) Buliisa district Woman MP Norah Bigirwa speaking during a dialogue on financing towards eliminating gender- based violence as Sophie Nampewo of Civil Society Budget Advocacy Group (centre) and Tina Musuya of CEDOVIP look on. (Photo by Vivian Agaba)

KAMPALA - Activists have asked legislators to consider setting aside funds in the next financial year budget to fight against gender-based violence.

Tina Musuya said the government has not done enough to eliminate the vice.

She is the executive director of Centre for Domestic Violence Prevention (CEDOVIP), a civil society organisation that works to promote the rights of women and girls.

Musuya told a dialogue on financing towards reducing gender-based violence that government had left the oonus to development partners.

With proper funding, institutions such as Police and health facilities will be supported to help victims get both treatment and justice, she added. 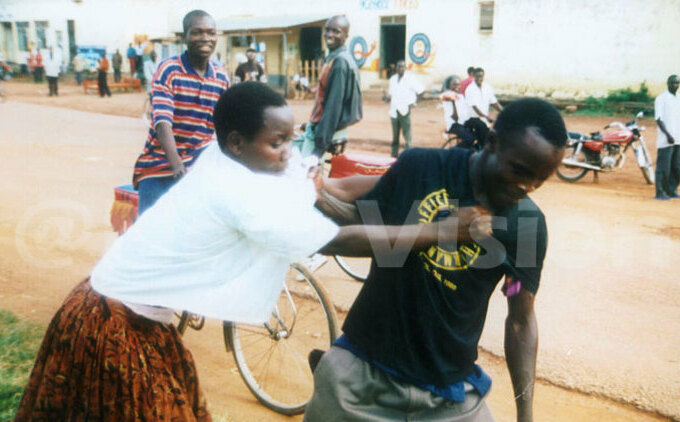 "Gender-based violence is becoming an epidemic.

According to Musuya, half of the cases are related to defilement and rape, some of which lead to  teenage pregnancies and dropping out of school.

"Gender-based violence is hurting Uganda's education and health sectors, families are falling apart. Without addressing it, the country will not be able to achieve Vision 2040 of becoming a middle-income status."

The Kampala meeting, attended by MPs and civil society actors, was held in commemoration of the 16-days of activism against gender-based violence.

According to the Uganda Police Force's annual crime report, gender-based violence cases that were reported and investigated increased by 4% (from 38,651 to 40,258 cases) between 2015 and 2016.

The 2016 Uganda Demographic and Health Survey revealed that up to 22% of women aged 15 to 49 in the country had experienced some form of sexual violence.

The report also revealed that annually, 13% of women aged 15 to 49 report experiencing sexual violence, which translates to more than one million women exposed to sexual violence every year in Uganda.

Serere district Woman MP Hellen Adoa said there is need to involve men and boys in the fight against gender-based violence.

Over sh50b spent to treat effects of gender-based violence

Moses Ali, get out of Kyanjoâ€™s hair

Kyanjo wants Buganda to break away