Hospital stuck with body for 11 years
Next Story

People queuing to fetch water at one of the water sources at Kiryandongo Refugee Settlement. Photos by Hudson Apunyo

Water crisis at Kiryandongo Refugee Settlement is brewing conflict among the different ethnic communities in the settlement, leaders say.

Leaders and residents expressed concern that the water crisis at the settlement is causing conflict among the different ethnic communities in the settlement especially between the Nuer and Dinka who does not want to line up together at the water source.

Cases of fights and quarrels have been reported at the water sources in the settlement as residents line up jerycans in long queue to wait for their turns to fetch water. 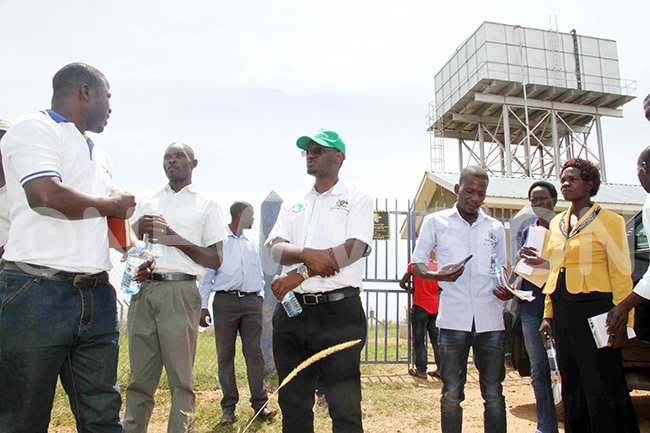 The settlement in Bweyale, Kiryandongo district is hosting refugees from South Sudan and some few from Kenya, DR Congo, Rwanda, and Burundi. A group relocated from Bududa following the landslide in the area is also settled in Bweyale.

The residents of the settlement said the population is very high and the water sources in place is not enough for them.

The Ministry of Water and Environment with support from European Union, Emergency Trust Fund, Support Programme for Refugee Settlement and Host Communities in Northern Uganda (SPRS-NU) through Austrian Development Agency has come in to construct pipe water system in the area.

Wilbrord Turimaso, the project manager of Austrian Development Agency said, though the project took long to pick up, they are hopeful that soon the water shall start flowing. He warned the contractor to be careful while working in the settlement because the law is very strict.

The water supply system is being constructed in Ranch one and will also serve the host community of Panyadoli.

The eight months contract of sh1.5b was handed over to Awico engineering company ltd by the Ministry of Water and Environment, and Water and Sanitation Development Facility - North. Work starts on December 14, 2018 to August 14, 2019.

When completed, the water system, designed for a population of 17, 000 people (by 2040) will help to relieve the acute water shortage in the settlement.

The project engineer, Eng. Yusuf Lule outlines the nature of the works to be done including provision of power line (UMEME) and standby generators. The water will be pumped to a tank located on Bagdad hills and distributed to the consumers.

After completion of the project, the system will be handed over to National Water and Sewerage Corporation (NWSC) for operation and maintenance.

The Branch Manager of NWSC Bweyale, Kiryandongo, Innocent Kansiime said the new system will help to sustain the growing population. He said the population in the area is growing very fast.

Beatrice Adungosi, a volunteer with Save the Children in Uganda, Child Friendly space Cluster at the settlement said the biggest problem residents face is water scarcity. She said the decision to construct the pipe water system will greatly help the refugee population and the host community. 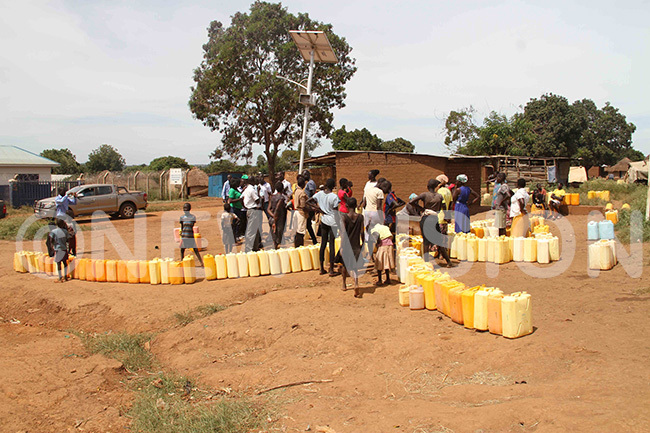 Piera Asianzi, another volunteer with Save the Children said one can wait for three hours to get water from the few boreholes available. She said the borehole is closed for some hours during the day (from 1pm to 4pm) and throughout the night to protect it from being spoilt due to over usage.

She said sometimes the borehole can breakdown and takes about three days to be repaired and people suffer.

The chairman of Ranch One, Suleman Abubaka said conflicts between the ethnic groups escalate at the water points due to the fight to get water.

The Ranch One water supply scheme is one of the several schemes going to be contructed by Ministry of Water and Environment with funding from European Union and the Austrian Developmeny Agency as the fund Manager.

The total cost of the project is 4.9m Euros and it will cover refugee settlements and host communities in the four districts of Arua, Yumbe, Kiryandongo and Adjumani. It's part of a bigger Support Programme to the refugee settlements and host communities in northern Uganda funded under the European Union Trust Fund for Refugees in the horn of Africa.