CSOs call for issuance of identification c...
Next Story

Amputee soccer game oganised by Malengo foundation programme to commemorate the International World day for Persons with disabilities which is celebrated every December 3. Photo by Karim Ssozi

Even with the cracking sounds from the crutches as persons with disabilities took on the pitch to show their soccer skills, they brought out an incredible game.

Abel Tabuley Mungueconi is an amputee who lost his limb about 6 years ago in a road accident. He also doubles as the National team captain for Uganda Amputee Cranes and is a final year student pursuing Fine art at Kyambogo University.

"I loved the match it was amazing and I feel happy when we are brought to interact with non-disabled persons. I urge persons with disabilities who are out there to come out and embrace what the world has to offer and involve in various activities so as to live a happy life," narrated Mungueconi. 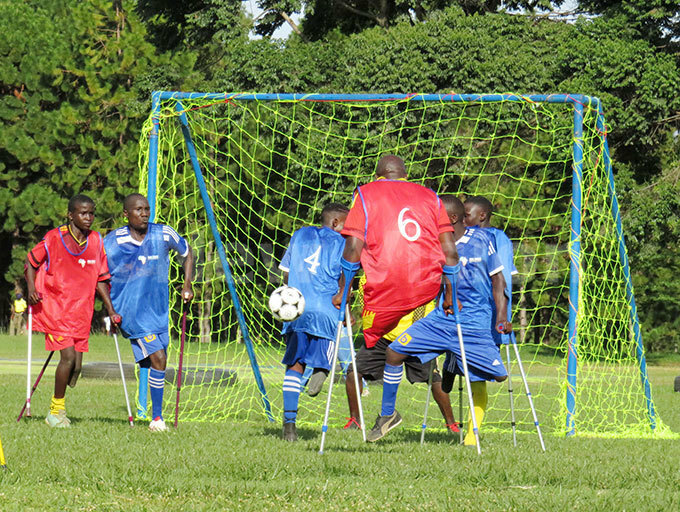 While speaking at the Malengo charity football match at the Oval in Entebbe Michelle Omamteker the founder of Malengo foundation said, "This is the first match we have organised to celebrate persons with disabilities but we promise more of such inclusion activities. All the proceeds collected today will go to buy white canes for the blind."

She added that, as Malengo we believe inclusion is the gap between the non-disabled and persons with disabilities, such events are meant to bring people together, just like some flowers have four petals and others five they are still flowers. Same applies to people just as they others have no limbs and others have all the limbs they are all human. 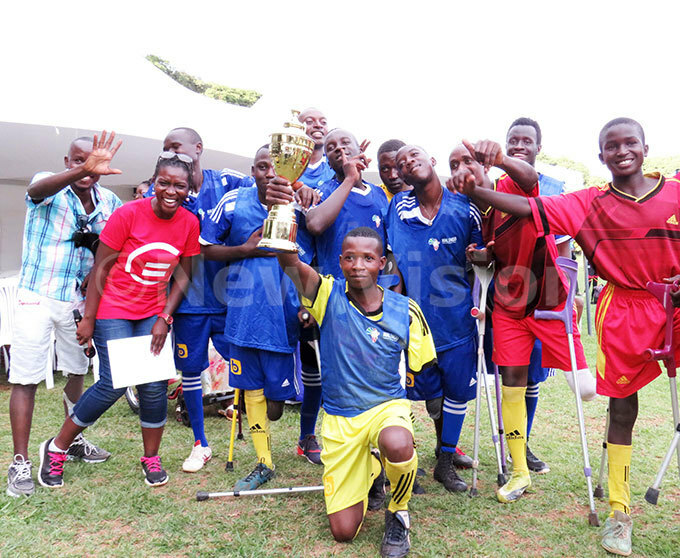 Michelle Omamteker the executive director Malengo foundation and Amputees pose for a photo with their Trophy after the game which was oganised by Malengo foundation programme to commemorate the International World day for Persons with Disabilities which is celebrated every December 3. Photo by Karim Ssozi.

The international day of persons with disabilities is celebrated on 3rd December, so as Malengo we decided to celebrate it today on the 2nd of December.

Lawrence Kitimbo the president of the Federation of Uganda Amputee Football Association (FUAFA) said such events are very good because they continue to bridge the gap between the persons with disabilities and the non-disabled and most importantly to emphasise that disability is not inability.

The inclusive game left the persons with disabilities walking away with a win beating the non-disabled person with 1-0 and the amputee match went draw where the red and blue team each scored 2-2 but the blue team emerged the winner as it took on the lead in penalties with 5-4 against the red team.

Character Is like pregnancy, you cannot hide it - Jacinta Asaba

Character Is like pregnancy, you cannot hide it - Jacinta...