Escobar was killed in a rooftop shootout in Medellin on December 2, 1993

Escobar was killed in a rooftop shootout in Medellin on December 2, 1993

Twenty-five years after he was gunned down by police, Pablo Escobar's legacy refuses to die in Medellin, the Colombian city where he ran his cocaine empire with a mix of brutality and largesse.

Even as city officials prepare to demolish the bunker-like mansion where the late drug lord lived, in the neighborhood that bears his name residents who live in homes he built for them are planning heartfelt tributes to mark Sunday's anniversary.

Escobar was killed in a rooftop shootout in Medellin on December 2, 1993  one day after his 44th birthday, and five months after he appeared on Forbes magazine's list of the world's richest people for the seventh straight time.

His eight-story mansion, the Monaco, a symbol of the decadent opulence of the Colombian mafia in the 1980s and 90s, has fallen into disrepair in the years since his death.

Its battered frame still bears the scars of Colombia's first car bombing, in 1988, the start of a bloody war between the country's rival cartels. 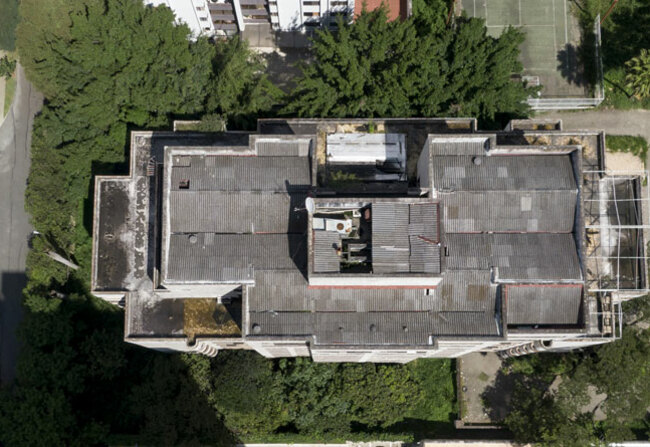 The hulking white building is slated to be demolished in February, in a public implosion complete with stands for viewers to watch.

"The Monaco has become an anti-symbol, in a place where some people are outspoken defenders of crime and terrorism," says Manuel Villa, the city hall secretary who will perform the official countdown to the detonation.

"We don't want any more children saying they want to be Pablo Escobar when they grow up."

The mansion, a top tourist attraction in Medellin's upscale El Poblado neighborhood, will be replaced by a public park dedicated to the thousands of people killed in Colombia by "narcoterrorism"  the no-holds-barred war the cartels waged on each other and the state in the 1980s and '90s.

The park will cost an estimated $2.5 million. Renovating and reinforcing the crumbling mansion would have cost $11 million, according to the city.

"It will be painful" to tear it down, says Villa, "but it's the only way we can heal our wounds."

Colombian society remains deeply divided over the legacy of Escobar and other drug barons.

Angela Zuluaga is one of those who wants to wipe out the country's lingering "narco culture."

She was an unborn baby in her mother's womb when Escobar hitmen assassinated her father, a judge, for issuing an arrest warrant against their boss. Her mother was wounded in the October 1986 attack.

"Creating a space to remember the victims means having a space where we attempt to symbolically compensate those of us who have suffered from the scourge of narcoterrorism," she says.

On the other side of this cultural divide, Luz Maria Escobar is changing the tombstone at her brother's grave ahead of the anniversary of his death, as a crowd of tourists looks on. 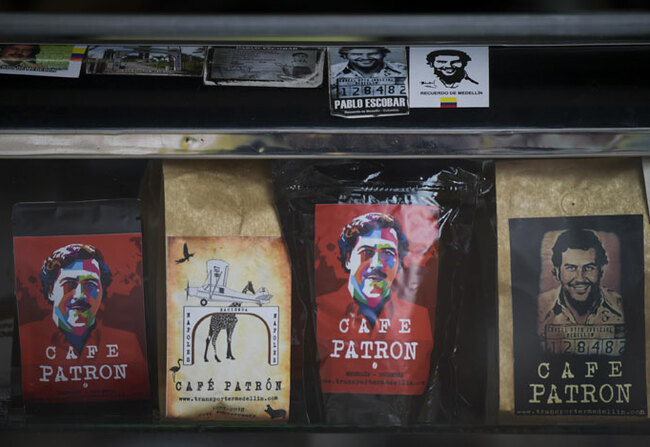 View of souvenirs with the image of the late Colombian drug lord Pablo Escobar for sale in a hairdresser's at Pablo Escobar neighborhood.(Photo / AFP)

Tearfully, she reads the new inscription: "Beyond the legend you symbolize today, few know the true essence of your life."

Moved, a young woman from Puerto Rico asks if she can give her a hug.

Luz Maria acknowledges her brother made mistakes, but opposes the city's plan to get rid of his home.

"Tearing down the Monaco isn't going to demolish Pablo's history," she says.

Escobar is remembered as the "Colombian Robin Hood" in the neighborhood that bears his name, where he donated 443 houses to formerly homeless people who lived and scavenged at the local dump.

"I see him like a second God," says one resident, Maria Eugenia Castano, 44, as she lights a candle at an altar that bears Escobar's photograph.

At the nearby El Patron beauty salon, which sells, along with haircuts, a plethora of merchandise stamped with Escobar's image, stylist Yamile Zapata sums up the contradictions of the late cocaine king's memory.

"Pablo will confuse you," she says.

Kanye names album 'The Life of Pablo' - but who's Pablo?

El Chapo expected to get life sentence from US judge