MENU
2018 temperatures set to be among hottest on record: UN
Previous Story

Checheza is a learning game that allows learners to read, write and count anywhere with a smart phone or a tablet without Internet connection.

Checheza is a learning game that allows learners to read, write and count anywhere with a smart phone or a tablet without Internet connection.

The recently launched educational app dubbed Checheza will impart literacy and numeracy skills to lower primary school children, educationists and other experts have said. They said good numeracy and literacy skills are paramount for children's successes in education.

Checheza is a learning game that allows learners to read, write and count anywhere with a smart phone or a tablet  without Internet connection. It's mostly used by children from Primary One up to Primary Three.

During the launch of the app at the Ministry of ICT and National guidance offices in Kampala, Michael Ocero, an assistant commissioner for  IT said limited numeracy skills has been among the factors leading to school dropouts especially in rural areas.

Two million Ugandan children are enrolled in school in Primary One but only 600 thousand children get to Primary Seven. It is time to look for new solutions. Making the learning practical and fun improves the learning effects," he said.

Ocero said Checheza app is one of many innovations that the ministry encourages  to ensure levelling field between pupils in rural schools and those ones in urban.

"Once we start with these young people, we can be sure that once they grow, these are people who will be innovators and create jobs for the rest of population," he added.

The learning game for smart phones, Checheza was developed in Sweden as a fun game to complement school learning. It is a mobile app that is downloaded from google playstore. 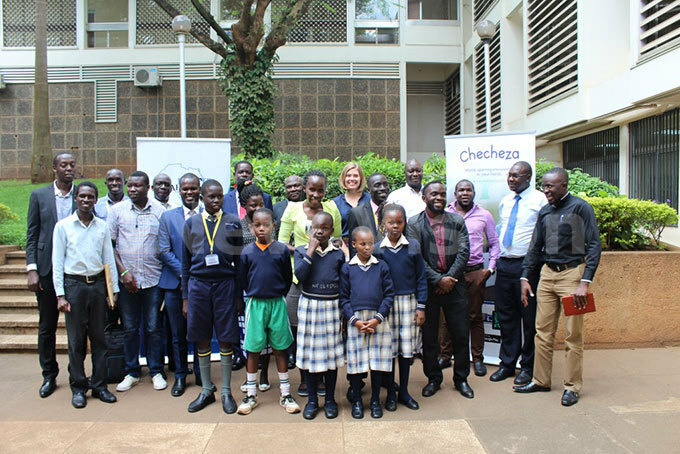 Playing the learning game on a smart phone at home makes it possible to improve performance in school.

She said for the last one and half years, the app has been on trial and currently, there are about 150 children at a digital center in Bududa, in eastern Uganda who are using it and has greatly improved their literacy levels.

On usage, Stensson said the app is not only for schools but also for families especially parents that are keen on enhancing their children's learning ability outside school.

Andrew Byaruhanga, the Trade Promotion and Communication Officer at the Embassy of Sweden noted that technology has come up as fundamental and is taking the world towards digitalisation.

"To have an interactive learning tool for our children is a momentous step towards development," he stated.

Obama's letter to Trump: On the need to 'leave democracy strong'

FBI will not change decision regarding Clinton's emails