France to reimburse condoms in fight again...
Next Story

“Some people come to us after they have tried herbal medicine without success, when the disease has progressed to other organs."

“Some people come to us after they have tried herbal medicine without success, when the disease has progressed to other organs."

Ugandan men are hesitant to undergo prostate cancer checks out of fear of discovering they have cancer, limiting chances of detecting the disease early.

Prostate cancer is the leading form of cancer among men and second-leading cause of cancer deaths in Uganda. Globally, an estimated 300,000 people are living with prostate cancer.

Dr Henry Dabanja, a urologist at Mengo Hospital, said most of the people who submit to the checks seek treatment when the disease is in its advanced stages and difficult to treat.

"Some people come to us after they have tried herbal medicine without success, when the disease has progressed to other organs. On average, 70% of the cases die."

Dabanja was addressing civil servants at the opening of a health camp organized for them by the Office of the Prime Minister.

Although cancer deaths are declining in countries with advanced health systems, statistics about the problem in East Africa are scanty. 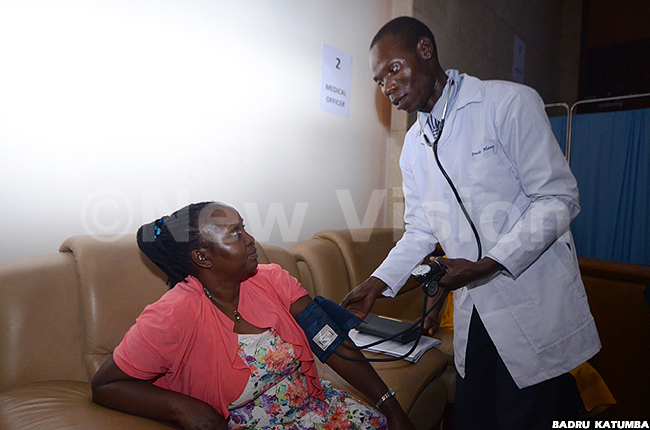 According to Dabanja, the common causes of the cancer are genes passed on from parents. "Sometimes there are no symptoms at all."

Symptoms may include: difficulty with urination, traces of blood in urine, frequency in passing urine, feeling incomplete emptying of bladder and back pain.

Annual prostate cancer checks are recommended for men who reach the age of 50, but those with family history of cancer are advised to start the checks at the age of 40.

Dr Dabanja said cure for prostate cancer was possible at stage 1 and stage 2, when cancer cells are still confined to the prostate gland, a male reproductive organ.

Annet Musinguzi, the head of human resources at the Office of the Prime Minister, advised civil servants to embrace health checks so that any ailments are detected early.

"We tend to neglect our health under the guise of being busy, but diseases will not wait for you. We need to assess our health the same way we do our performance," she said.

The three-day health camp held for civil servants held under the theme: ‘achieving a healthy workforce for better service delivery' ends on Thursday.

Officials at the health camp have undergone free screening and testing for breast and prostate cancers, abdominal and pelvic ailments, blood sugar and blood pressure checks, among others.

It was organized to teach public servants about the growing burden of non-communicable diseases (NCDS) in Uganda and globally.

NCDS, also known as lifestyle diseases, are non-transferable, non-infectious, chronic or take long duration and often progress slowly. If caught early, they can be successfully treated.

They include cardiovascular (involving blood vessels that can lead to heart attack), cancers, chronic respiratory diseases and diabetes. 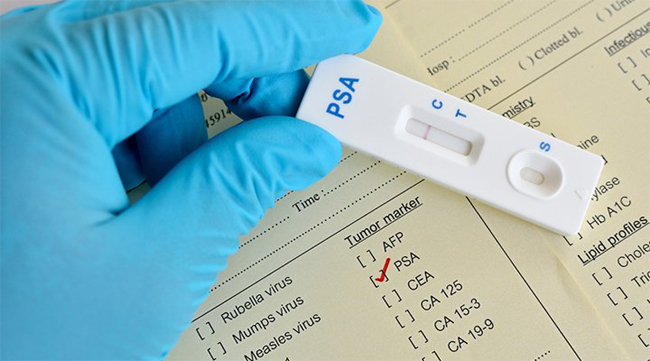 A prostate-specific antigen (PSA) test is one way of testing for prostate cancer. (Courtesy photo)

A rectal exam is one of the commonest test performed to find out if one has prostate cancer. A doctor inserts a gloved finger into the rectum to feel the prostate gland.

"If the prostate gland is tender, it means the gland is fine but if it is hard, then you know someone has cancer," Dabanja explained about the test, which he said may cause a little discomfort but is painless.

The other test is a Prostate-specific antigen (PSA), a protein produced by normal or malignant cells of the prostate gland. The PSA test measures the level of PSA in a man's blood.

Treatment for prostate cancer depends on the doctor's findings and may vary from surgery, radiotherapy or monthly injections.

TPF 6 finalist: I grew up in a public bathroom