On Tuesday, Police officers were seen patrolling the town, around Booma Grounds where the party was scheduled to have a rally

On Tuesday, Police officers were seen patrolling the town, around Booma Grounds where the party was scheduled to have a rally

MBARARA-Following the Rukungiri events on Monday where Police and angry residents were engaged in running battles, the Police on Tuesday searched the home of Mbarara Forum for Democratic Change(FDC) boss Stanley Katembeya.

On Tuesday, Police officers were seen patrolling the town, around Booma Grounds where the party was scheduled to have a rally.

"We have been told that Police got information that FDC members had planned a rally at Booma Grounds, which the Police say was not allowed,"  according to the OC operations for Mbarara Swizin Tibesigwa and FFU commander Collins Kaganzi. 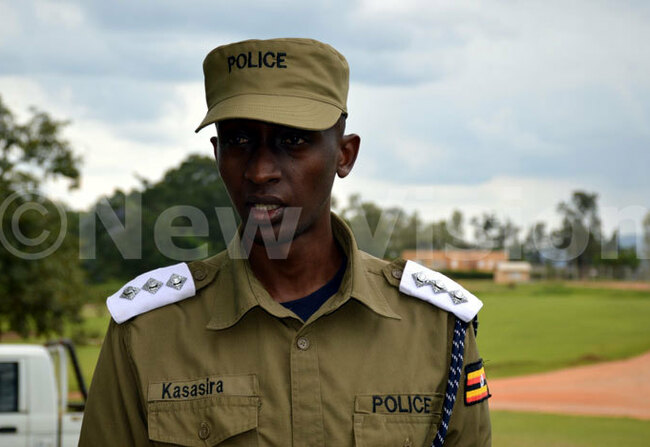 Samson Kasasira, the Rwizi regional Police spokesperson, said that they got information that members of FDC had organised a rally, yet they had not fulfilled the guidelines.

"What you are seeing is preventive measures because we could not allow these people to destabilize the town. This rally they intended to hold was stopped, but we got information that Patrick Amuriat and Mwijukye had mobilized to insist and have the rally, so we had to deploy heavily," Kasasira confirmed.

He maintains that they got information that Amuriat and Mwijukye were housed at Grand Holiday Hotel owned by Katembeya, which forced them to deploy.

"Your attention is drawn from section 5 of the Public Order Management Act(POMA) that clearly provides for the requirement of notice of public meeting that are regulated under POMA,"

"Regretfully the notice you have given does not provide sufficient particulars to enable Uganda Police regulate the meeting. It will, therefore, not be possible to hold that public meeting on the proposed date and venue" the letter directs. Katembeya while speaking to journalists in the afternoon at expressed his dismay on how his hotel business had been affected by presence of the Police which he claims scared away his clients.

"I don't know how these Police officers gather their intelligence. I woke up early in the morning only to be told by my gate keeper that there was Police presence at my gate. I escaped to my workplace, only to find more deployment. They told me they were looking for Amuriat and Mwijukye. These people did not sleep here; they were driven by the Police from Rukungiri back to Kampala."