Niyonzima hung from a table welded to the deck as the boat paused mid-way through its turtling roll on Saturday night, in Uganda's Lake Victoria.

Niyonzima hung from a table welded to the deck as the boat paused mid-way through its turtling roll on Saturday night, in Uganda's Lake Victoria.

Rescuers search for victims at the site of a capsized cruise boat on Lake Victoria near Mutima village. PHOTO: Isaac Kasamani / AFP

MUTIMA, Uganda - Before Alex Niyonzima was pitched into the lake waters other partygoers fell on top of him driving him deep below the surface before drowning hands grabbed at his body, there had been a moment's lull.


Niyonzima hung from a table welded to the deck as the boat paused mid-way through its turtling roll on Saturday night, in Uganda's Lake Victoria.

"I was holding onto the table but the floor was where the wall had been," he said.

All around him people were screaming, "holding onto chairs, guardrails, each other." Then the boat lurched again. "I was at the lowest end when the boat flipped so all the people above fell on me," the tall, heavyset 44-year-old said.

Below the waves now, Niyonzima believed he would die.
"Somebody grabbed my neck, I pushed them away. Another person grabbed my shoulder and I pushed them. I could feel from his hands it was a man," he said. "A girl grabbed my life jacket and ripped it."

"I was panicking that people were going to strangle me down there."

Niyonzima forced himself to the surface and swam the roughly 200 metres (yards) to shore. "When I felt the sand below my feet I realised that I had saved my life," he said. "I was lucky."


Party atmosphere
At least 32 of his fellow passengers died that evening, but with just 27 survivors and estimates that around 100 people were aboard, the toll is expected to jump when rescuers recover the vessel. 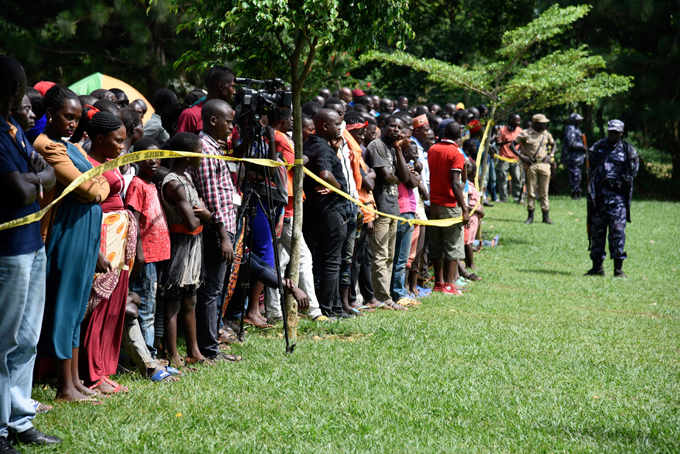 Bystanders look on as they watch rescuers search the site of a capsized cruise boat on Lake Victoria near Mutima village, south of Kampala, Uganda. PHOTO: Isaac Kasamani/AFP

Most of the victims were young, affluent Ugandans enjoying a raucous end-of-year party thrown annually by businessman Freeman Kiyimba, according to Niyonzima.

As afternoon turned to dusk the onboard DJ kept the music pumping while the drinks flowed and the revellers danced.

"It was a party atmosphere," Niyonzima said. "Lots of free drinks: whiskies, Baileys, Amarula and everything else you can think of."

There were signs of the danger to come, however.

Many of the partygoers ignored a police officer's warning to wear life jackets: people wanted to flaunt their clothes, not cover them up with unflattering buoyancy aids.

Then, as the boat left shore, the MV K-Palm, a bright blue converted fishing vessel with a distinctive shark's teeth decal on the bow, the engine screeched loudly.


It was a "red flag" Niyonzima said, with hindsight.

"I had been on this boat for parties several times so I didn't think it was a big problem. I knew that once the boat was on the move we would have our cruise as usual," he said.

A short distance from the shore the engines failed for the first time, but few of the passengers paid much heed as they danced, chatted, laughed and drank. 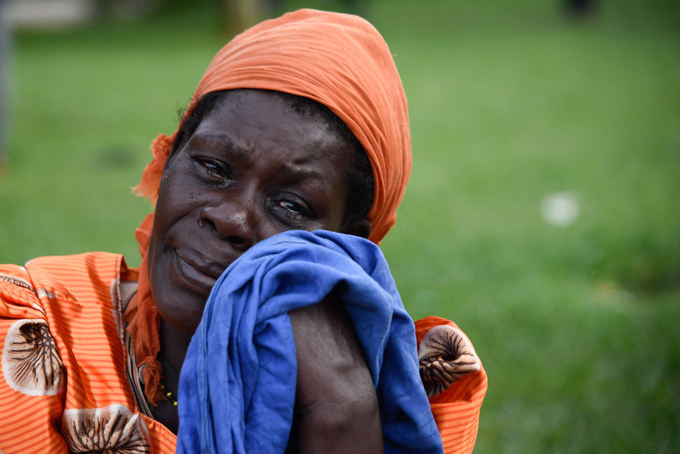 The DJ called over the music, warning people not to tip the heavily loaded boat.

Restarted, the boat continued across a wide bay at the northern end of Africa's largest lake. Then it stalled again.

Among those pictured were singer Irene Namubiru and Prince David Wasajja, a brother of the King of Buganda, Uganda's most prominent traditional kingdom. Both survived.

We're on the Titanic
As the sun set the boat shuddered to a halt for a third time.
It was then Niyonzima noticed the water. "At the back, the boat was letting in water, and they had no pump, so they were using a half-cut jerry can (to bail out) which was useless against the water of the lake," he said.

As the boat tilted the DJ appeared to understand the peril. He urgently called on people to move to help keep the boat steady.

The vessel's owner Templar Bisasse who, unusually, had spent the boat ride close to the engine rather than playing host as he usually did, also shouted to people to help keep the boat level.

His pleas fell on drunk ears. "Because they had been drinking a lot people weren't listening," Niyonzima said. 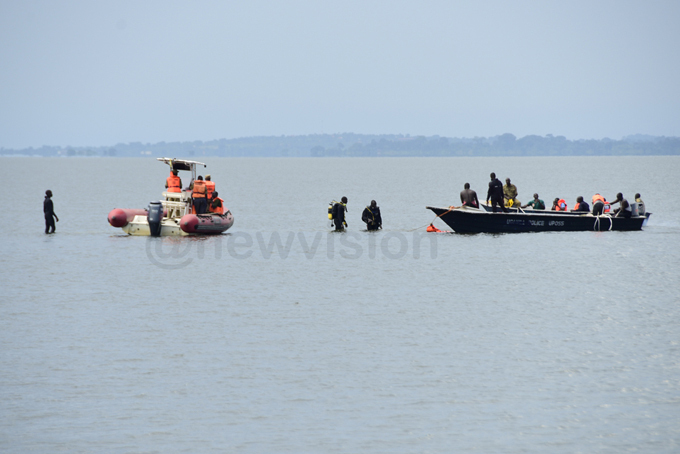 Next to him a group of women were joking that "they were on the Titanic" when a portion of the hull abruptly rose out of the lake waters.

Drinks slid from tables, passengers lost their footing, stacked speakers tumbled into the lake and Niyonzima, terrified, found himself clinging to a table as the boat rolled further.

"We stayed like that for about 20 seconds." Then, he said, "the boat flipped completely."

Mandela: What the world is saying