Divers part of the marine units of the Police and army were Sunday busy retrieving bodies from the submerged vessel not far from the mainland.

Divers part of the marine units of the Police and army were Sunday busy retrieving bodies from the submerged vessel not far from the mainland.

Some of the relatives of the people who perished in a boat accident. Photos by Henry Nsubuga

The death toll from Saturday's boat disaster on Lake Victoria continued to rise as a large marine team concentrated their efforts Sunday around the point where the now located vessel went down.

More bodies have been retrieved so far.

According to the Police, more 17 bodies have been retrieved from the lake. 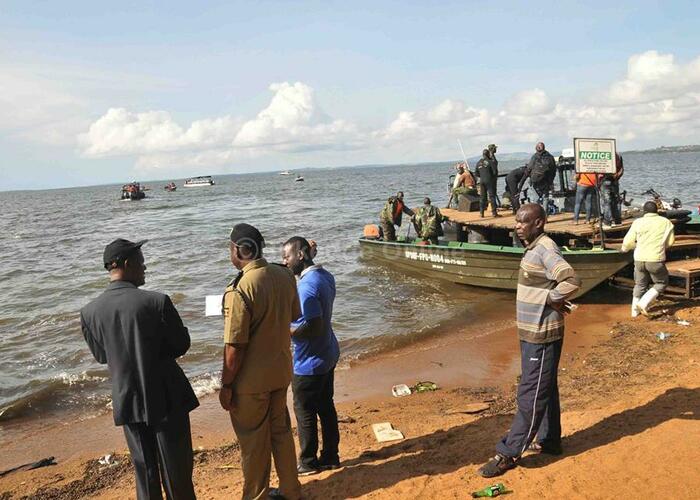 Rescue team at the Lake shore setting off for the mission 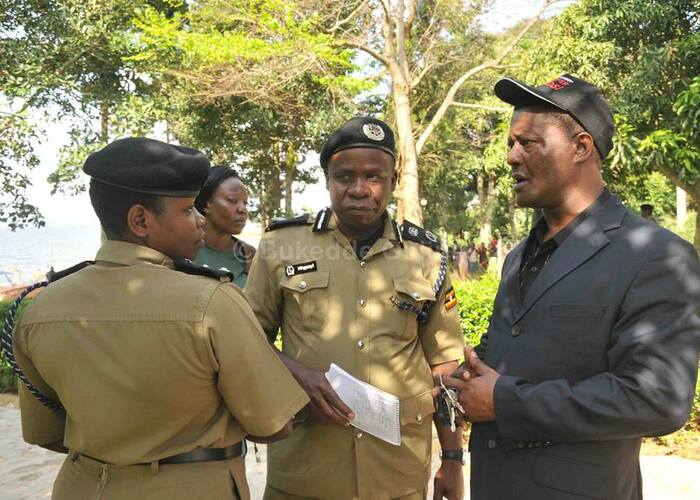 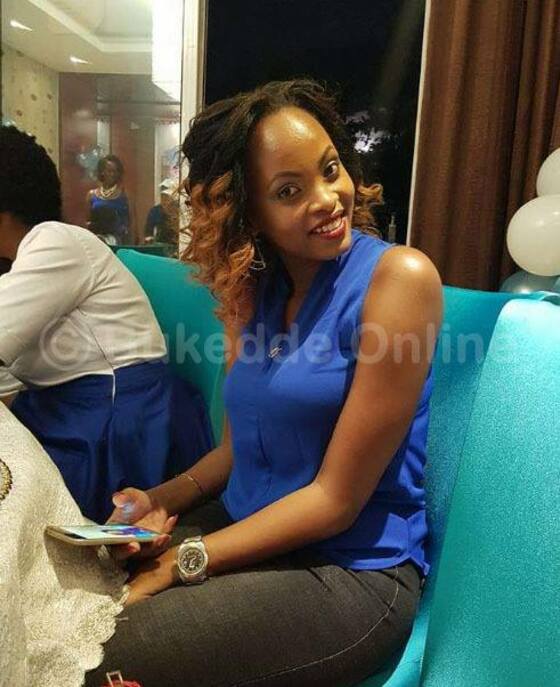 One of the people who perished in the accident

A joint rescue operation by the marine units of Uganda Police Force and the Uganda People's Defence Force (UPDF) resumed the search Sunday morning. They had to put on hold the arduous work late Saturday due to "lack of enough equipment" on a night of high tide.

But by that time, the marine team had rescued as many as 26 occupants of the boat, including Prince David Wasajja, the brother of Buganda king, Ronald Muwenda Mutebi II.

The boat was still submerged in the water as the marines continued with the search operation about 200 metres from the mainland.

Local media reported Sunday morning that the owner of the ill-fated boat and his wife are among the dead.

At around 9:20am local time Sunday, an aerial shot from a drone broadcast on local TV revealed the submerged boat. Divers managed to pull out a body of a victim of the accident, and taken to shore.

More bodies would later be recovered.

Very sorry to hear of the loss of life in Lake Victoria of revellers whose boat capsized. Well done to the @PoliceUg and UPDF Marine units who rescued some people.

He said the operation resumed at 7:00am local time Sunday and more bodies were found.

"We are adding more divers from the airforce department," Akiiki said, but "we are not expecting more survivors".

"We are not sure of the list of the people onboard but from what we heard, it is over 100," Akiiki said.

I would like to thank all of you who have reached out to me. By GOD'S GRACE I am still Alive ,safe and getting medical attention but so traumatised. My deepest thoughts to our comrades who didn't make it and condolences to the bereaved families. What can I say? GOD #NSIIMYE 🙏 pic.twitter.com/hH4qbvVYlK

The joint search operation was headed by the Police.

Speed boats of the Police and the UPDF were being used in the mission as hope for finding more survivors faded.

The team was reinforced by the airforce.

By 10am local time, nine bodies had been retrieved from the waters on Sunday.


Cause of accident unknown

It was not known yet how many people were onboard the ill-fated vessel, which carried revellers for a party after setting off from KK Beach on Saturday.

But some eyewitnesses estimated that there could have been over 100 people on the boat, which capsized not far from the beach in Mpatta sub-county in Mukono district, central Uganda.

The cause of the accident has yet to be officially established. Some eyewitnesses claimed the vessel was overloaded before setting off.

By the end of Saturday, 13 bodies had been recovered and taken to the mortuary at Mulago in Kampala.

Among the people who had gathered on the fringes of the lake, some were seen making frantic calls over their friends and loved ones. Others, upon learning of the fate of the people they knew, broke down in tears.

The actual number of people who had set out for the boat cruise is still speculative. But up to 120 are believed to have been on the vessel.

Among the prominent people who were on the boat and have been rescued include Prince Wasajja, city tycoon Freeman Kiyimba, and musicians Iryn Namubiru and The Mith (real names Tom Mayanja).

As questions continue to be asked, there are a number of talking points.

One of them is on the state of the ill-fated boat. One narrative is that the boat cruise party had been scheduled to take place two weeks ago. But it had to be delayed as the vessel had to be serviced.

Against that background, was the boat in proper condition to hit the waters? Saturday's trip was the first water test of the vessel since being worked on.

Another talking point is on life jackets. Was everyone on the boat availed with a life jacket?  The bodies that were being pulled out of the water did not have life jackets, sparking questions over the safety of the revellers while they were still alive.