“Such dealers are anti-development. We need to look at this holistically, not only the seeds but also chemicals and fertilizers, among other,”

“Such dealers are anti-development. We need to look at this holistically, not only the seeds but also chemicals and fertilizers, among other,”

After a country wide outcry by farmers over fake agro inputs, the Government has decided to recertify and re accredit the importers and dealers agro-chemicals and other inputs in order to fight their distribution to farmers.

The Commissioner Crop Protection, Department of Crop Inspection, Stephen Byantwale said, the Government have put measures to fight the vice to ensure farmers get quality material. He noted substandard inputs have greatly affected the industry and Uganda's food security situation.

"Such dealers are anti-development. We need to look at this holistically, not only the seeds but also chemicals and fertilizers, among other," Byantwale noted adding that  if the problem (fake agro inputs) is not handled well, it will affect the entire region.

He noted that there's need of a serious distribution system. "We want to know who the importer and the distributor are,"Byantwale added.

Speaking during the 2018 customers' meeting organised by East African Seeds Uganda Limited to engage all players including; the regulatory arm, farmers and off takers of the commodities.

"We are meant to overhaul the whole process so that we link the distributors, importers and farmers," Bazaale explained. 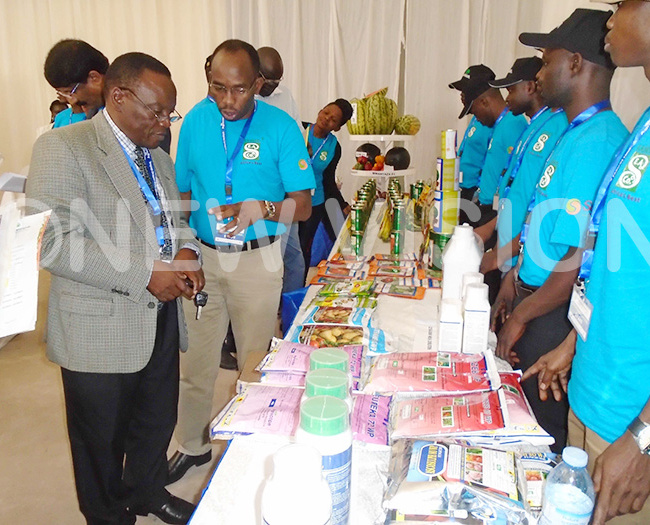 He noted that the Government together with approved private dealers will fight fake agro dealers using the same platform.

The crops were determined because of raw industrialisation and export importance to the economy of the country.

Bazaale said, the commodities were chosen due to their in the export market, food security and as raw material for making starch particularly cassava.

"This is not a decision of government, it was done through consultations with farmers and civil society organizations," Bazaale noted.

There are 45 pilot districts such as Mukono, Lwengo ,Masaka ,Mukono that  have been identified depending on their performance in growing a particular commodity to benefit from this arrangement.

"The districts that are going to participate have already been clustered, where they have a common understanding and where the commodity performs well," he explained.

The money will reach to the farmers through e-voucher system established by the Government as a way to eliminate fake agro input dealers.

The e-voucher system allows the individual farmer to access part of the funds from the Government to procure the farming inputs .The farmers only supposed to buy the agro inputs from those accredited by government.

Bazaale further noted that when that money is loaded onto the farmers account, it will credited on the dealers' account of the input, the farmer wants. He said farmers across the country are going to benefit through this electronic system.