Should BOU officials be grilled by COSASE?
Next Story

The Mayors Parlour in Kampala is one of the sites that has been earmarked for preservation.

Uganda National Theater, the National Museum and other historical buildings are not to be demolished as they remain key sites of Uganda's identity and heritage, the Minister for Tourism, Wildlife and Antiquities, Prof Ephraim Kamuntu has said.

But the minister has challenged the caretakers of these historical sites to make them relevant and through tourism turn them into money generating entities to support the development drive of the country.

There has been unending talk that there is a plan to sell the cultural centre buildings to pave way for new developments.

Addressing the public during celebrations to mark the European year of cultural heritage in Uganda held at Uganda Museum on Tuesday, Kamuntu dismissed the talk as untrue.

"It is not true that the National Theatre and the Uganda Museum are going to be demolished. Government is committed to protecting these buildings and others historical sites in the country," Kamuntu said.

He further stressed that government has identified and documented a total of 650 new historical sites that need to be preserved for Uganda's heritage.

Kamuntu revealed that these buildings will be preserved because they have a spiritual value are part of cultural identity that can never be replaced in case they are destroyed.

In some areas like Zanzibar, Mombasa built heritage is part of major tourist attraction which Uganda is missing.

"I have seen historical buildings become big tourist attractions in several countries. If thousands of people come here to see these buildings they will stay," Kamuntu said. 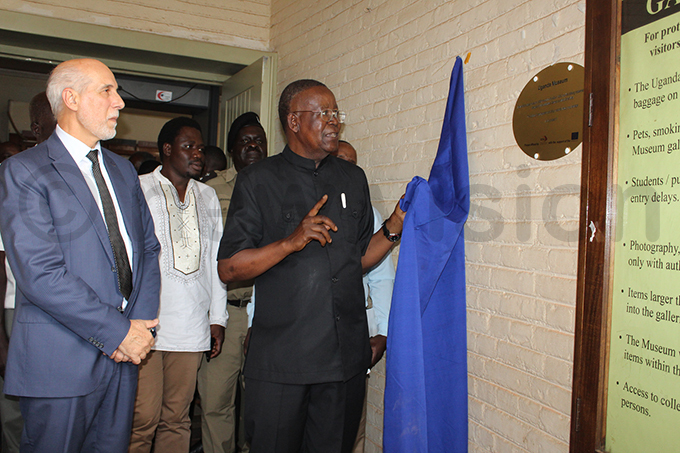 So far the government has spent sh3b in the renovation of Uganda National Cultural Centre (UNCC) also known as the National Theatre.

The minister however said it is a challenge to maintain these historical buildings as the population increases and demand for space increases.

To celebrate the European year of cultural heritage, the European Union delegation to Uganda chose to celebrate it by supporting the Cross-Cultural Foundation of Unganda in implementing a project for the protection of historical buildings and sites in Kampala, Jinja and Entebbe.

The most four notable sites in Kampala are; Mengo Primary School, Bulange, The Mayor's Parlour and the National Museum.

The European Union Ambassador Attilio Pacifici, attended the event and urged European countries to up the support given to Uganda.

"I want to tell my European ambassadors that let us do something more than what we are doing for Uganda now," Pacifici said.

He urged Ugandan's to preserve their historical sites like buildings which are unique and increase the countries tourism base.

"These heritage sites have potential to create jobs and foster businesses through tourism," Pacifici says.

Emily Drani the Executive Director CCFU challenged government to come up with an incentives program for owners of privately owned historical sites.

Over 1,000 classrooms constructed, salaries up

Are children with disabilities given enough attention