MENU
What if Odiom became president of Uganda
Previous Story

MP Dhamuzungu cheats death for the third time
Next Story

On the third night, at 3:00am, Mutuumo’s wife as usual woke up to churn milk for ghee and as she was busy on the job, she heard the walls of their shelter drop in water and never thought much of it and nonchalantly churned on. Calamity was at hand.

On the third night, at 3:00am, Mutuumo’s wife as usual woke up to churn milk for ghee and as she was busy on the job, she heard the walls of their shelter drop in water and never thought much of it and nonchalantly churned on. Calamity was at hand.

A story from Mpororo that will leave your jaws plummeting like a famished mongrel watching steak through a fence. Once upon a time there lived a man called Mutuumo son of Kinyonyi.

Mutuumo was a Muhororo cattle keeper and a merchant who dealt in cattle products like ghee and cow hides in areas of Rwanda, Zaire, Tanzania and Buganda on foot, a life that not only made him popular, but also put a meal on the table. Little did he imagine it would lead to his family's demise under a mass of water strong enough to form a lake. 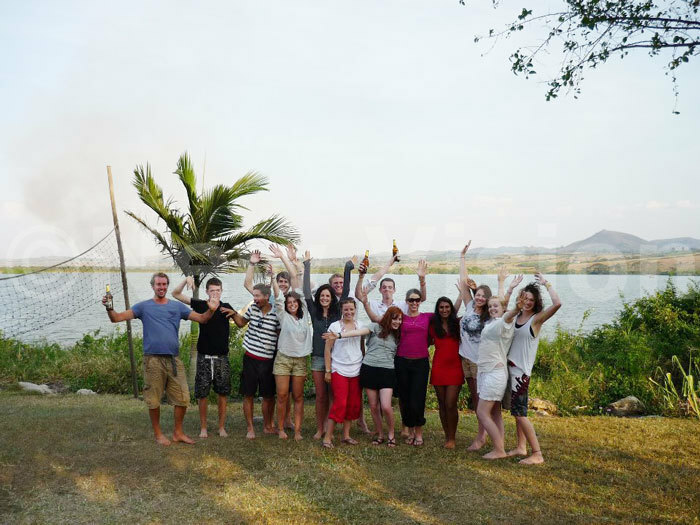 Tourists at the lake

Lake Nyabihoko is located in Ntungamo district, about 372 kilometres south of Kampala. It is shared by sub-counties of Nyabihoko, Bwongyera (both in Kajara county) and Rubaare in Rushenyi county. 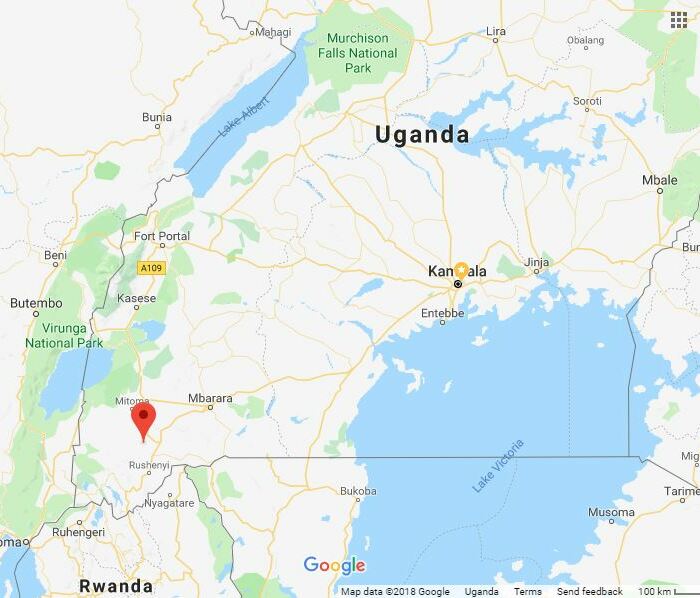 How to get there
Either by bus or private means, you will drive to Ntungamo town off Mbarara-Kabale road and take the first turn to your right after you leave Ntungamo town. At the green petrol station, head towards Rukungiri and stop at a trading centre called Rwashamaire, here you will get the best directions to the fairy-tale lake itself. It's about 10km from the centre to the lake. 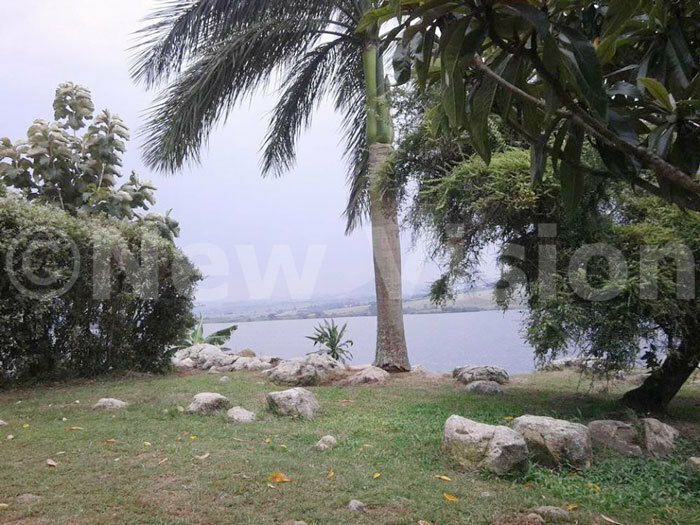 The Legend
According to Mzee Pharaoh Macuuho, 96, it is believed that once upon a time, there lived a man called Mutuumo on a vast piece of grazing land which made him one of the most respected cattle keepers of his generation.

Among his large herd of cattle was this particular cow Njeru (pure white cow) which he loved so much and one day it fell sick at a time Mutuumo was to travel to Omubwera in Nshenyi current Rwanda to see a friend of his who had promised him a bull to inseminate his heifers so he could get cross breed calves. Before he left, he administered some herbs to Njeru and warned that if its situation gets worse and it dies, it should not be eaten but buried. The servants agreed in unison and off Mutuumo left for Rwanda.

A few days later Njeru died and the servants consulted Mutuumo's wife whether surely they should bury all that meat. The servants knew this was their time to feast.

The whole family, including Mutuumo's wife and kids had a party for days and what was left of the poor cow was dried up, a practice in Ankole called ‘Okukara'. On the third night, at 3:00am, Mutuumo's wife as usual woke up to churn milk for ghee and as she was busy on the job, she heard the walls of their shelter drop in water and never thought much of it and nonchalantly churned on. 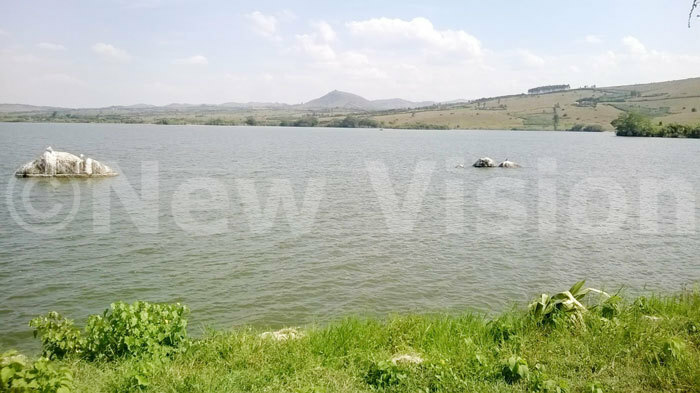 By the time she realised the world around her was sinking, she was the only one left. Water swallowed her last as she wailed on top of her voice. In the morning everybody was stunned to see Mutuumo's land, and only his had flooded.

Upon his return, the news met Mutuumo at Kyabukuju present Byasha just after Rubaare towards the lake. On his walking stick (enkoni) behind his bull, he couldn't believe the news until he had to see it himself.

When he saw his whole land submerged, he sat down overwhelmed at a place called Muhoro on a big rock at the edge of the lake and watched in misery and disbelief. After a few hours of tears, he decided to go visit his best friend called Mwamba, also a cattle keeper who lived in Kakyeera in Kooki present day Rakai district. 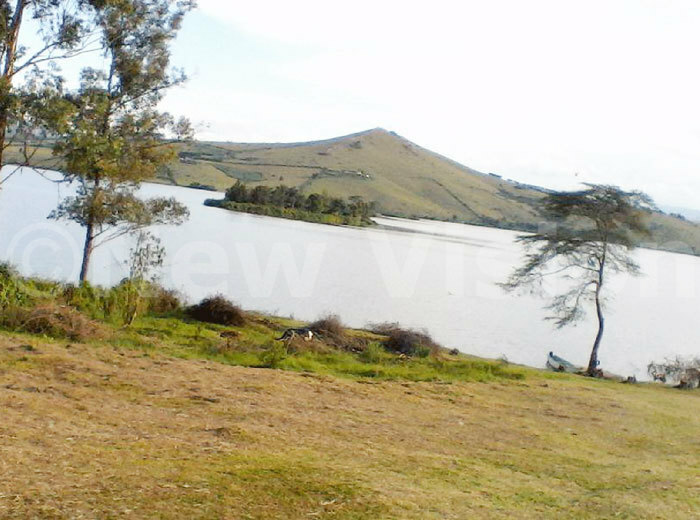 When his best friend saw him, he sensed something wasn't right, but Mutuumo didn't say a word. For weeks, he refused to drink the milk that was given to him, but for his love for cattle, Mutuumo asked his friend to let him graze his cattle for a few days.

Mwamba instead gave him calves as they would be back to their kraal by 11:00am. Mwamba didn't want Mutuumo to suffer under the strong Kakyeera sun. Every morning, he set off to graze the calves he would sit on a rock and watch them feed and always murmured to himself these words;

"Byaba byababyo kwonka tibyaba byo" translated as "Things almost seemed real, but they aren't" referring to his cattle which he lost. 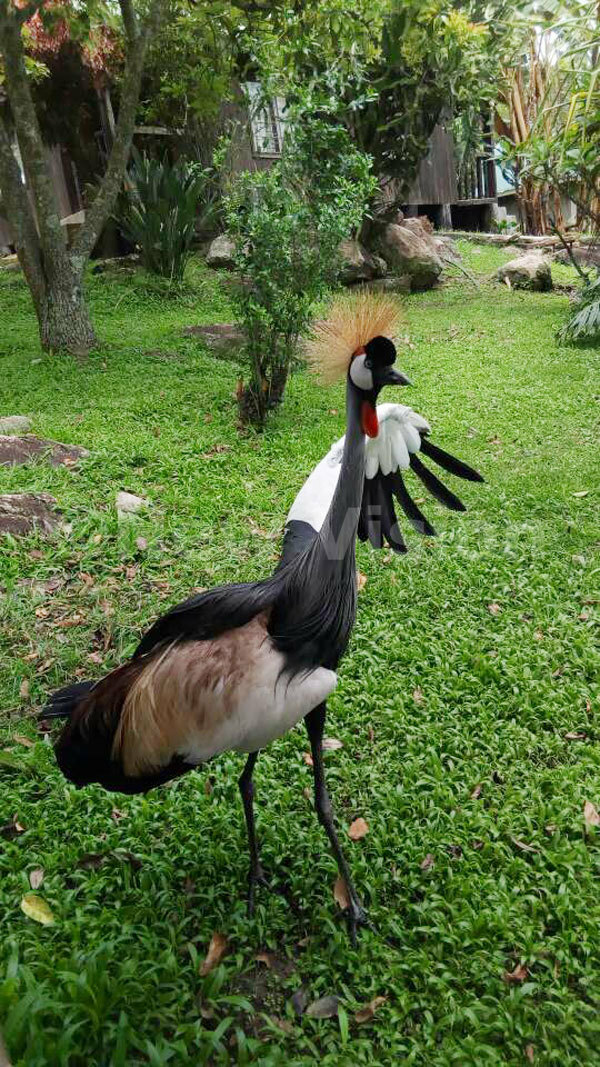 Mwamba's grandchildren always heard him say these same words over and over, but they never understood him so they called their grandfather who also eavesdropped on Mutuumo and heard the same phrase.

He felt so sad for his friend that he forced him to tell him what it was that was bothering him so much to make him this miserable. Mutuumo invited him to go on a journey to Nyabihoko and see what befell him. Mwamba didn't hesitate, he grabbed his spear and off they went.

When they reached Nyabihoko, Mwamba was lost for words. They camped at Rukomo at a spot called Kyamukooko (the deepest end of the lake) and while there Mutuumo attempted to fall off the cliff, but his friend convinced him to go back with him to Kakyeera. 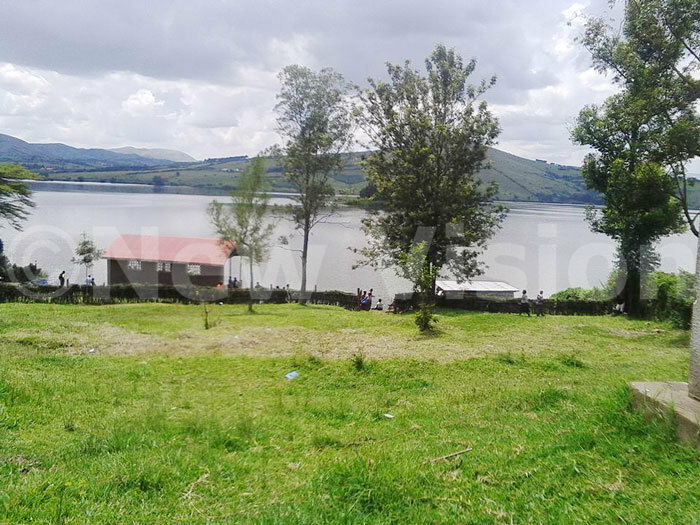 After everyone left drunk and satisfied, Mwamba told Mutuumo that they should go for a swim, when they reached the deepest end they held each other's hands and fell in the lake together.

One wonders which kind of love this was. Who would die because his or her friend is in deep sorrow? This unselfish act was so popular that the Banyankole even coined a saying that goes;

"Korahurire ngu nkukunda, nkukunde ogwa Mwamba" translated as "Even when I love you, I wouldn't love you the Mwamba way". 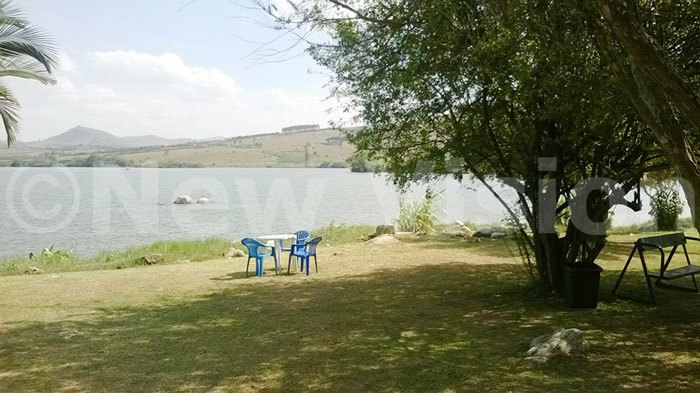 Apparently, people believe the hippos living in Lake Nyabihoko were some of Mutuumo's cows that survived the flood so they turned into hippos.

Business
Kagyeza, 48, a long time fisherman at the lake says the lake is no longer good enough because the fish tremendously reduced due to the disappearance of swamps around the lake as people have been cultivating them year in year out. 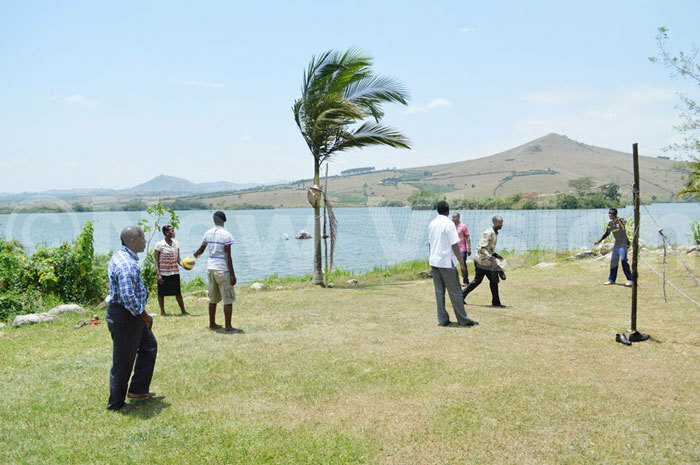 There are two popular camp sites at the lake where people go and cool off after a long day touring the lake. In the middle of the lake is an island called Bwanika where former Mutuumo Resort Beach sits, while. People go there to spend some time either on honeymoon or just touring.

Transport from Kampala to Rwashamaire town is only sh25,000 and a boda boda of sh5,000 can get you to the lake. There are very comfortable rooms where you can stay on both resort beaches that go for not more than sh50,000. Ready -to- eat fish goes for sh20,000.

Nyabihoko is such a beautiful piece of tourism that you would so love only if you saw it. Go discover Uganda.