MENU
Tips on how to farm at home
Previous Story

Soy milk, an alternative of lactose intole...
Next Story

Children less than 18 are left on their own to fend for themselves. Alone these children are become candidates for sex abuse and end up sexually assaulted.

Children less than 18 are left on their own to fend for themselves. Alone these children are become candidates for sex abuse and end up sexually assaulted.

Sarah Kiconco is lost for words and can only sob. At 16 years, she is already a mother to an eight months baby.
It takes a lot of convincing from a community worker for Kiconco to come out of her bedroom and open up about her story.
"I do not know where he is, I saw him a couple of times on my way to school and then he disappeared. I was used to seeing him on my way to school and would greet him. One day he told me that he loves me and we got intimate.
I was scared and did not know what would happen. I accepted his advances because he had promised to take care of my school needs. But after a while, I noticed my body changing, I was found to be pregnant. On trying to reach him, he was long gone, we could not find him," she says.
Kiconco does not know much about the man who got her pregnant at 16 years, "he was staying in town as he worked on the road, if I see him, I can remember him, I would like him to help take care of the baby," she says.
Like that is not enough, her older sister Joan Nin siima 17, has two babies from the Kamwenge-Fortportal road workers who all abandoned her.
She was just 14 years and in Primary seven when she got pregnant with the first child. "He had promised to buy for me scholastic materials and take care of me.
But, when I got pregnant he denied responsibility," she says. Desperate to find support after giving birth, Ninsiima got into a relationship with another road worker.
"They were picking sand near our home. He promised to take care of me and my child; we got into a brief relationship staying together. I got pregnant and gave birth to my second child but he left," she says.
"I gave you the child but I cannot take care of him" those were his parting words to Ninsiima who can't even trace his whereabouts. She only knows the district he hails from.
Their grandmother is taking care of both of them and their children. "There is nothing to do," she says. 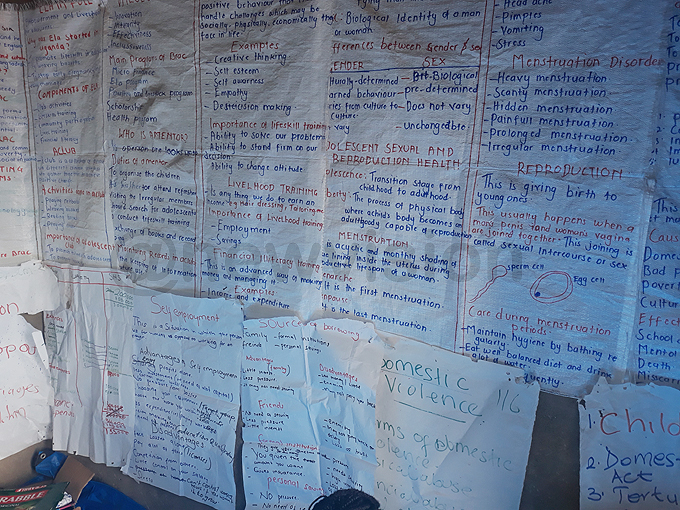 "I go dig in people's gardens for money and also dig in my own garden for food and sell out off what remains. I use the money to buy necessities such as salt, cooking oil, sugar and soap. When it comes to soap, I even have to cut them in pieces and distribute to each one of them so that it's not quickly used up," she adds.

Makerere: A history of strikes

Theatre through the years