The former legislator was extradited from Botswana to Uganda early this year, and charged in the General Court Martial together with six UPDF officers

Tony Kipoi (right) with his co-accused in the dock at the Court Martial during a hearing in May. Photo by Eddie Ssejjoba

The former legislator was extradited from Botswana to Uganda early this year, and charged in the General Court Martial together with six UPDF officers

Through his lawyer Rtd Maj. Ronald Idduli, Kipoi also accuses Gutti of being compromised and biased.

His request follows an incident where he was reportedly picked from Luzira Prison last month by security operatives and remanded to the Military Police barracks in Makindye, without a court order.

However, when Kipoi's lawyer raised the issue during a court session a fortnight ago, Gutti said it was for security purposes.

The issues were raised by Kipoi yesterday before the court adjourned the case to December 10, after prosecution failed to produce the fifth witness to testify against him (Kipoi).

Kipoi was extradited from Botswana to Uganda early this year and charged in the General Court Martial together with six Uganda Peoples Defence Forces officers with offences related to security. 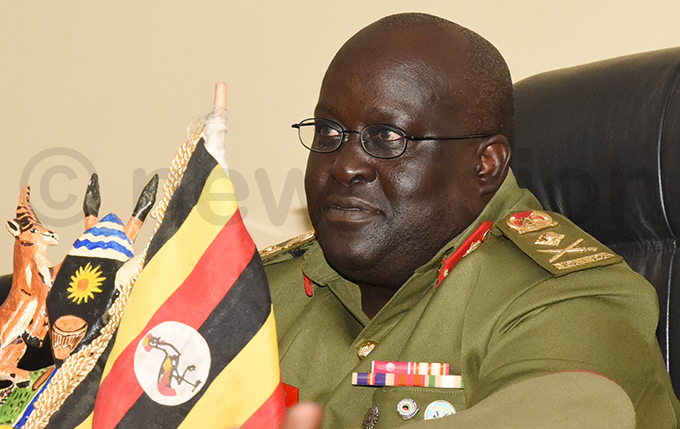 Prosecution led by Maj. Raphael Mugisha alleges that the accused and others still at large between November 2012 and December 2013 in diverse places of Kampala, Wakiso, Nakasongola, Fort Portal, Ntoroko and Masaka convened meetings to recruit soldiers to jeopardise the security of the country.

An irked Gutti queried the rationale of Kipoi's submission, yet from the onset of the trial, he (Kipoi) never expressed reservations about the seven member panel.

When Idduli conveyed Kipoi's misgivings, Gutti blasted him and threatened to arrest him, saying he was "retired and tired" to the extent that he no longer remembers the law and the court procedures.

"So you are asking the President to appoint another chairperson to try your client? This is crazy," said Gutti.

Idduli was compelled to sit down, in a show of respect to his senior in the military.

He however said that he was not being disrespectful, but only querying procedural impropriety.

Gutti however shot back and mocked him, saying for a number of times, Idduli had petitioned the High Court and the Constitutional Court, challenging Kipoi's trial in the Court Martial unsuccessfully.