Key areas Cranes must work on ahead of AFC...
Next Story

Who is goal hero Patrick Kaddu?

It was in Maroons where he top scored in the Big League to capture KCCA coach Mike Mutebi’s eye in 2016.

It was in Maroons where he top scored in the Big League to capture KCCA coach Mike Mutebi’s eye in 2016.

Patrick Kaddu was until the 72 minute of the Uganda versus Cape Verde Nations Cup match just like any ordinary striker.

He had got into scoring range a number of times, but like his team-mates Faruku Miya and Isaac Muleme couldn't make the difference.

KCCA supporters at the Namboole qualification match insisted that his undoing was an ineffective midfield.

"They are not feeding him enough balls, and even those few that eventually come his way are not well placed," the KCCA faithful complained.

Then Kaddu's team-mate at KCCA Allan Kyambadde came on for Muleme in the 65 minute and everything changed.

With 19 minutes left, Kyambadde passed to Godfrey Walusimbi, whose cross from the left had Kaddu swiftly positioning himself to head in. 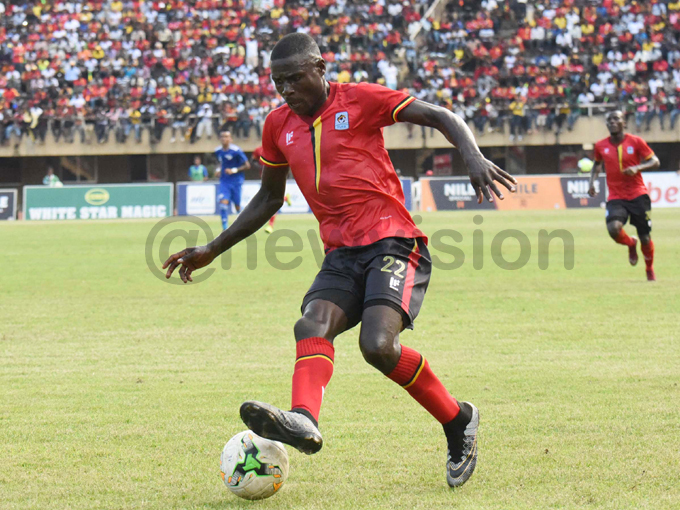 Kaddu in action against Cape Verde

For Kaddu, the aftermath was simply overwhelming. He celebrated with tears of joy.

It was a glorifying turn to a player who began his career in Luzira United before joining  Maroons.

It was in Maroons where he top scored in the Big League to capture KCCA coach Mike Mutebi's eye in 2016. 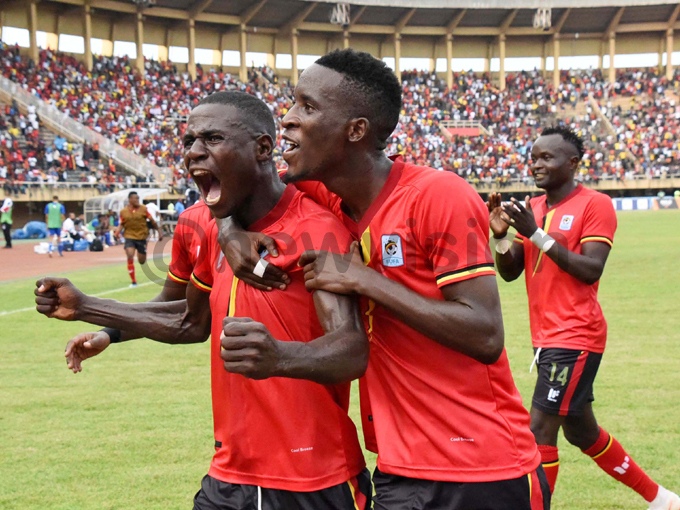 With Geofrrey Sserunkuma, Derrick Nsibambi and later Shaban Muhammad at Lugogo, Kaddu had to first wait to get regular playing time.

Kaddu can now only get better. What better initiation into that exclusive club of historic strikers than a goal in a decisive qualification game.

True, we have another match to wind up the qualifiers. But who would want to bear the pressure of getting a result from Tanzania's fortress- the national stadium in Dar es Salaam?