President Donald Trump says he has been fully briefed on an audio recording of journalist Jamal Khashoggi's murder but does not want to listen to it himself. (AFP/Photo)

US President Donald Trump says he has been fully briefed on an audio recording of journalist Jamal Khashoggi's murder but does not want to listen to it himself.

"Because it's a suffering tape. It's a terrible tape," he said in an interview with "Fox News Sunday."

"It was very violent, very vicious and terrible." 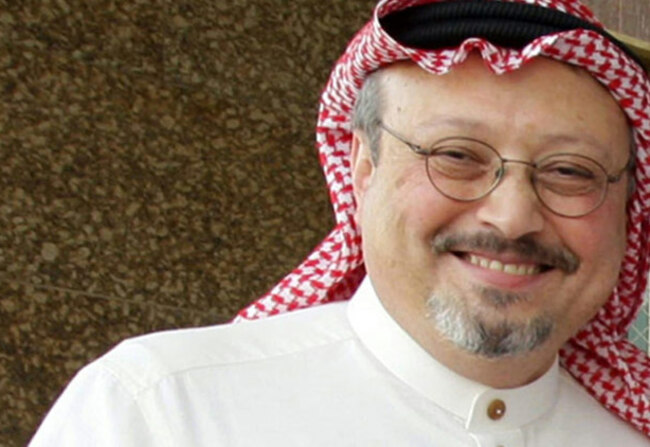 Khashoggi was assassinated in the Saudi consulate in Istanbul October 2.(AFP/Photo)

But the State Department has called those reports "inaccurate," and Trump on Saturday told reporters that the US would release "a very full report" on the matter as early as Monday. He was interviewed by Fox on Friday.

Asked whether the crown prince had lied to him in denying any role in the killing, Trump said: "I don't know. Who can really know? But I can say this; he's got many people ... that say he had no knowledge."

"He told me that he had nothing to do with it. He told me that, I would say, maybe five times at different points, as recently as a few days ago."

Trump acknowledged that people close to the prince "were probably involved" but added, "I want to stick with an ally that in many ways has been very good." 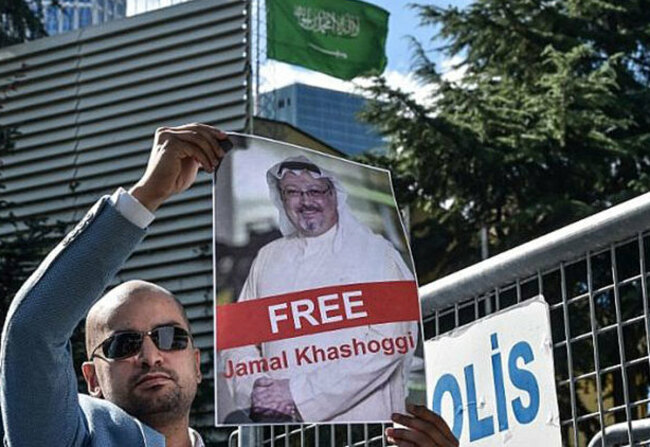 A protester holds a picture of Saudi journalist Jamal Khashoggi during a demonstration in front of the Saudi Arabian consulate in Istanbul on October 5, 2018. (AFP/Photo)

Asked whether he would go along with moves in the US Congress to cut off US involvement in the Saudi-led war in Yemen or halt arms sales to the kingdom, Trump equivocated.

"I want to see Yemen end. It takes two to tango and Iran has to end also," he said. "I want Saudi to stop but I want Iran to stop also."

The United States has called for a ceasefire and peace talks to end the three-year-old conflict amid a mounting international outcry over the massive civilian toll of air strikes.

US air refueling flights in support of Saudi-led air operations in Yemen ended last week. US Defense Secretary Jim Mattis portrayed that as a Saudi decision.

Saudi Arabia and its ally the United Arab Emirates intervened in the conflict against Iranian-backed Huthi rebels in 2015 in support of President Abedrabbo Mansour Hadi.

Pompeo says US not 'afraid to tackle' Iran regime

S.Africa says no evidence of Iranian plot to kill US envoy