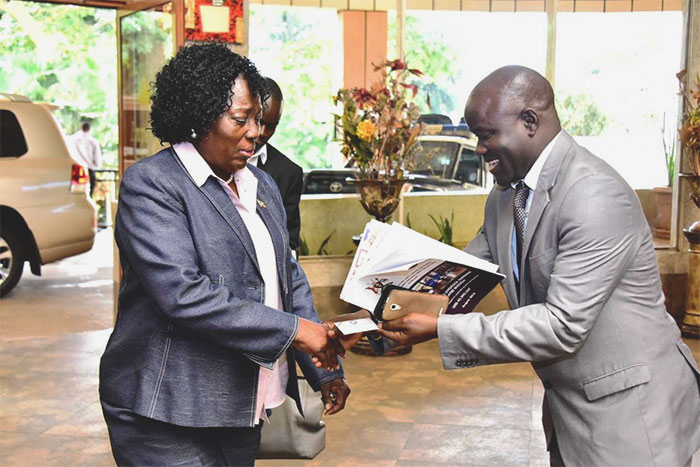 BUSOGA - Hemmed in by Lakes Victoria and Kyoga, home to the source of the Nile, criss-crossed by many small rivers and swamps draining into the aforesaid lakes and blessed with fertile soils, one would expect Busoga sub region to be one of the richest in Uganda.

Instead, this region, home to over 3.5m people, has, according to Uganda National Bureau of Statics (UBOS), one of the highest proportions of people living below the poverty line only second to Karamoja and Bukedi.

Yesterday, Speaker of Parliament, Rebecca Kadaga launched a USD$43M (about sh160b) project which is tailored to addressing the underlying causes of poverty in Busoga which is as  surprising as its embarrassing for a region that has never been ravaged by war.

Dubbed the ‘revolutionizing livestock farming in the greater Busoga", the five-year project is tailored to implementing an  ambitious paradigm shift among the Basoga from focusing on subsisting farming and sugarcane growing to high quality animal husbandry.

The launch was graced by the minister of finance, Matia Kasaija, the one of agriculture, Vicent Bamulangaki Ssempija , China's ambassador to Uganda, H.E Zheng Zhuqiang, political leaders from Busoga and the top brass of National Animal Genetic Resource Center and Data Bank (NAGRIC&DB) led by its Executive Director, Dr. Charles Lagu.

"Poverty is resident in Busoga where 42% of the people live below the poverty line. This project will go a long way in addressing the underlying causes," Kadaga said.

The project which has been developed under the auspices of ministry of agriculture will entail using Kasolwe Stock Ranch as a center of Excellency for learning, innovation and genetic improvement of animal breeds.

The project will be implemented by government ministries, agencies and departments most especially NAGRIC &DB.

According to Lagu, the scope of the project will include construction and operationalization of key infrastructure on Kasolwe ranch, revitalization of key water sources, provision of artificial insemination services and capacity building programs for staff and farmers.

Other components of the project will include establishment of a livestock input storage facilities, planting of superior pastures and trees,  provision of extension services, building hay bans and silage  for dry weather feeding of quality animals and fish cages construction.

With a revitalized Kasolwe, farmers in Busoga will have their local Zebu cattle implanted with embryos of high quality cattle both for milk and beef production as the campaign to haul majority of the people in the region gathers pace.

Studies by Government, Kasaija revealed, have proved that people engaged in animal husbandry have been able to get out of poverty faster than those solely relying on subsistence farming.

His Excellency Zheng Zhuqiang revealed that China is willing to provide market for beef, fish and poultry products from Uganda so long as they are of the requisite standards.

The issue of poverty in Busoga has for years remained a puzzle with some honchos in government blaming it on people in the region turning their land to sugarcane out growers.

The latest UBOS report indicates that Busoga is at the bottom of the pile in terms of poverty indicators.  Busoga has 45% of its people engaged in subsistence farming as compared to the national average of 42%.

The problem with the aforesaid revelation is that UBOS data indicates that between 2013 and 2016, poverty among the faming population increased from 23 to 36%.

Since 2009/10, UBOS indicates, poverty has fallen in all regions except the eastern region of which the 11 districts of Busoga are part.