Kyambogo University vows to stay on top
Next Story

Tracy Akello and Rachael Kemigisha are the lucky ladies who were picked for the once in a lifetime trip to watch a live F1 race, following the last draw held at City Tyres offices in Industrial Area on Friday.

Tracy Akello and Rachael Kemigisha are the lucky ladies who were picked for the once in a lifetime trip to watch a live F1 race, following the last draw held at City Tyres offices in Industrial Area on Friday.

City Tyres director Ahmed Hassan (centre) draws one of the winners. PHOTOS: Michael Nsubuga
For the first time, two ladies will be part of the eight Ugandans who will watch the 2018 Formula 1 season-ending of the Etihad Airways Abu Dhabi Grand Prix at the Yas Marina circuit on November 25.
Tracy Akello and Rachael Kemigisha are the lucky ladies who were picked for the once in a lifetime trip to watch a live F1 race, following the last draw held at City Tyres offices in Industrial Area on Friday.
The two join Raymond Twinemanzi Tumubweinee, Moses Mugumya, Kenneth Onyango, Abasi Balinda and Biyinzika Poultry International who grabbed two tickets from the last draw.
Excitement was evident from the two ladies after City Tyres' director Salman Ahmed and Italian deputy ambassador Lorenza Gambacorta had picket each of their coupons and spoke to each one of them over a loudspeaker.
Pirelli East African Area Manager Giovanni Tolasi, City Tyres Director Ahmed Hassan and FMU president Dusman Okee picked Abasi Balinda and Biyinzika respectively for the action and adventure trip. 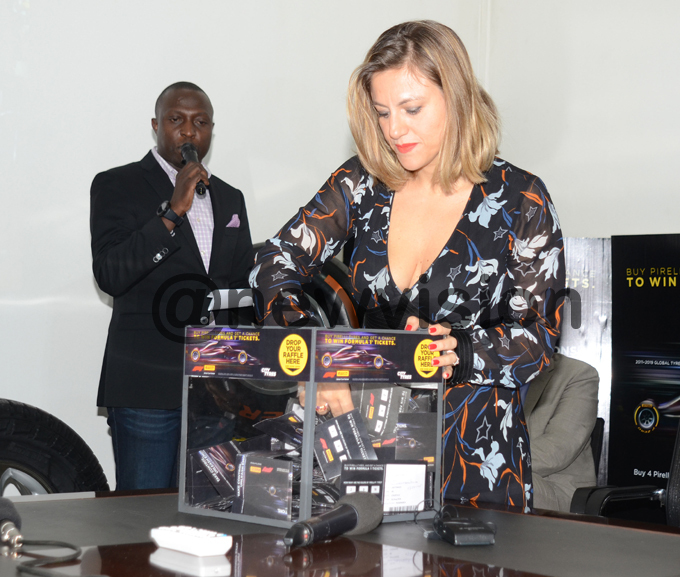 Biyinzika was first picked to replace one of the earlier winners, David Masua who left for the UK to pursue his masters and wouldn't be available for the trip, according to City Tyres marketing manager Herbert Bashaasha.
"The promotion has been very successful and all previous winners have endorsed it as a worthy trip of a lifetime," Bashaasha remarked.
He said the winners will watch the qualification race on Saturday before the main event on Sunday and crowning it with a Desert Safari before they return on Tuesday. The winners will be based at the Grand Hyatt Hotel.
"I thank all the media houses that have been part of this journey and congratulate all the other winners who have won full vehicle service, 50 litres of fuel and dinner for 2 at Café Javas. If you participate consistently you stand a bigger chance as Biyinzika's win has shown," Bashaasha stated.
"In the diplomatic circles, I'm now called a tyre queen because of the frequent times I have appeared in the newspapers because of this promotion. But having quality tyres is very important for our safety and when you embrace Pirelli you become addicted to them," Gambacorta stated before she invited the press to join in the Italian Cultural and Culinary week, which will run from November 19-24 in Kampala. 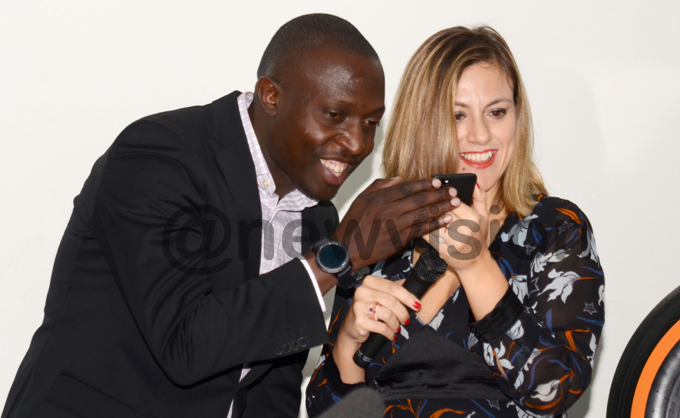 Paddy Lutalo, Allan Muchunguzi and a one Joseph were the other winners from the October draw for the 50 litres of fuel, dinner for two at Café Javas and full service for their vehicle respectively.
What others said
"The trip is an experience that can be tested by particular people. The treatment you get is extreme so prepare for the wonderful hospitality and watching the F1 races and drivers at close range," Dusman Okee stated.
"I'm happy that this competition has been a success for the past three years and I thank the Mandela Group with whom we have worked for the last 20 years. I also thank the Italian embassy for the support and I hope this promotion will continue for the next so many years," Tolasi stated.