KAMPALA - Uganda Kobs needed a late penalty to defeat South Sudan 1-0 in the first round of the 2019 AFCON U23 qualifiers Wednesday at StarTimes stadium, Lugogo.

The Kobs who had failed to penetrate South Sudan in the final third won it late through a Mustafa Kizza penalty kick in added time after the South Sudan goalkeeper Ramadan Mayik brought down Kobs striker Stephen Mukwala. 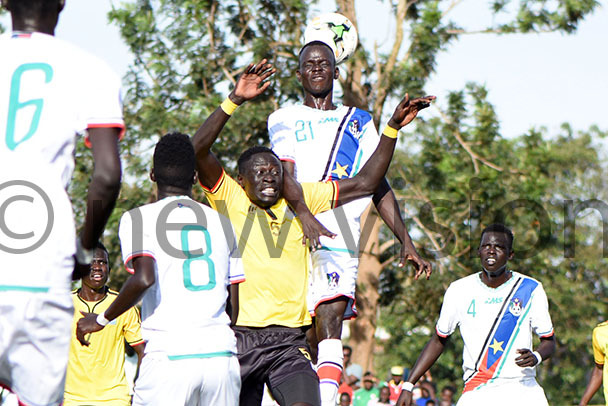 Despite the defeat, South Sudan missed some scoring opportunities especially in the first half and Mbarara City striker Makueth Wol who led South Sudan striking line is one of those that failed to covert their chances.

The Kobs will now travel to Juba for the return leg on November 20. The winner between Uganda and South Sudan after the two legged affair will meet Tunisia in the second round.

Players born January 1, 1997 or later are eligible to participate in the competition and a total of eight teams qualify to play in the final tournament, including Egypt who qualified automatically as hosts.

These matches also serve as the first stage of the CAF qualifiers for the 2020 Summer Olympics men's football tournament in Japan.