Ssekandi in China for World Cities Conference
Next Story

An envoy regretted that during their tour, they found the centre with far too many challenges, with doctors worrying about paper work and running after drug supplies instead of treating people.

Justus Timbigamba explains to EU delegates the status of the facility. Photo by Eddie Ssejjoba

An envoy regretted that during their tour, they found the centre with far too many challenges, with doctors worrying about paper work and running after drug supplies instead of treating people.

During a press conference at Lake Albert Resort on Thursday, the German envoy, Dr. Albrecht Conze said that a lot of money had been channeled into helping refugees, with the United States of America taking the lead, followed by EU and Japan but they were shocked with the state of the current condition of Kyangwali Health Centre III.

He said the facility located in Kikuube district in Western Uganda, which handles both refugees and local populations was hygienically far too below the Ugandan standards.

He regretted that during their tour, they found the centre with far too many challenges, with doctors worrying about paper work and running after drug supplies instead of treating people.

Conze suggested that under normal circumstances, there was urgent need to separate roles and let the doctors and nurses concentrate on treating patients. 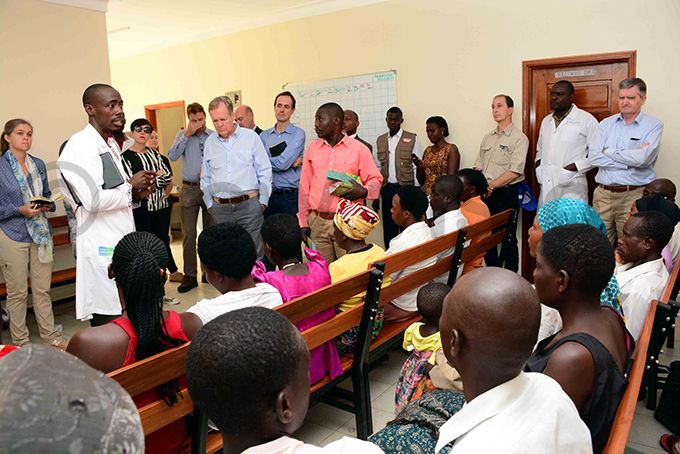 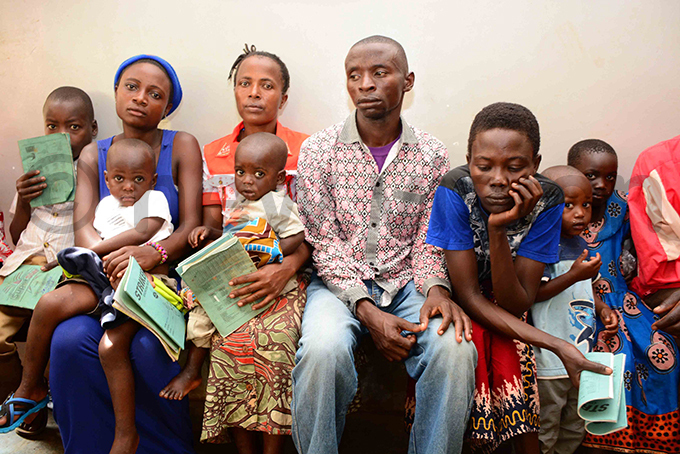 According to the envoy, the refugee centre is already 50 years old and it was ‘not encouraging to see such a health facility in that condition’.

“We (development partners) all want to see that our support is used in the best possible way and here certainly we have some doubt,” he said, adding that there was a lot of room for improvement.

The Irish envoy, William Carlos applauded the commitment of health staff despite working in difficult challenging conditions, adding that they needed more resources to meet the challenges.

He said they also noted that the low supply of essential drugs was a major issue, yet the number of patients keeps increasing.

The envoys, headed by the Belgian ambassador, Hugo Verbist, earlier on toured the Health Centre, which has a catchment population of 57,000 and acts as a referral for health centres located in the refugee settlement.

Justus Timbigamba, the in-charge of the health centre, briefed the delegates and told them that majority of the in-patients (60%) were refugees referred from the various facilities in the settlement.

The biggest constraint, he said, was supply of drugs. The facility receives one kit after three months from the National Medical Stores, which is meant to serve a population of 10,000 patients, but it lasts for two weeks.

“We ask patients to buy their own drugs when our stock is out, but many of these are refugees who do not have any money,” he said. 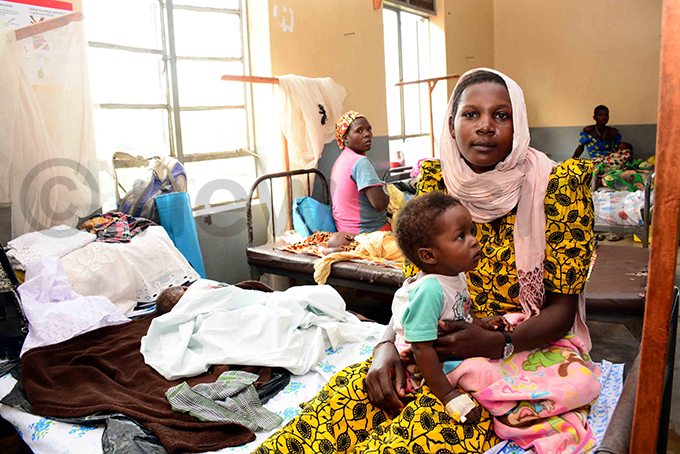 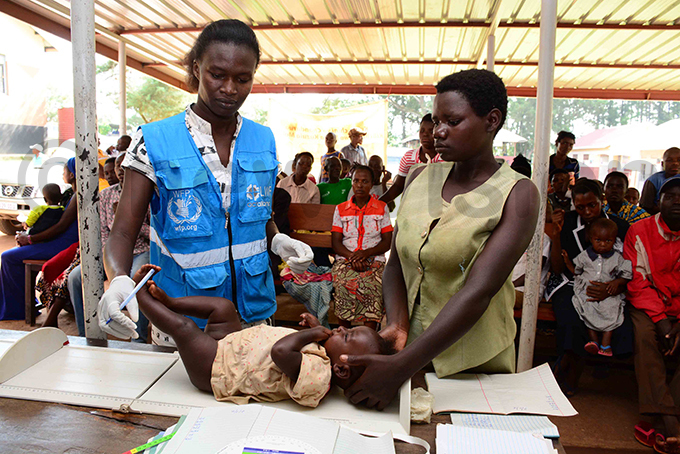 He stunned the delegates when he said the centre is allocated only sh2.1m per three months.

It has a 28 technical staff, but he said the number was too low, with one nurse attending to 50 patients daily, adding that many of them had been overwhelmed.

Timbigamba told the envoys that efforts to apply for the facility to be upgraded had not given results.

He believes that once it is elevated to level 4 or hospital status, they would get more funding and support.

The centre has one ambulance, but it is also assigned duties in the refugee settlement and cannot attend to emergencies, especially when they need to transport emergency cases to Hoima, 99km away, which he said compromises on the health of patients.

The centre has a monthly out-patient attendance of 2,100 and receives 80 on a daily basis, with an in-patient turn-up of 460 per month.

It also serves 2,000 patients active on antiretroviral treatment (ART) and a monthly delivery of 200 mothers in the maternity ward. Accommodation is also a problem and workers share rooms. 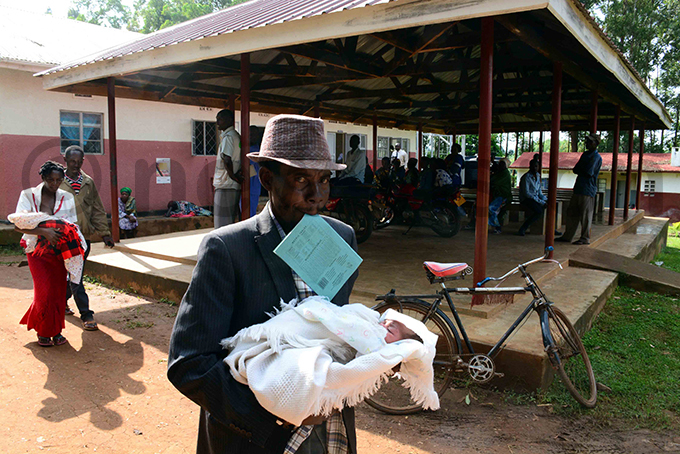 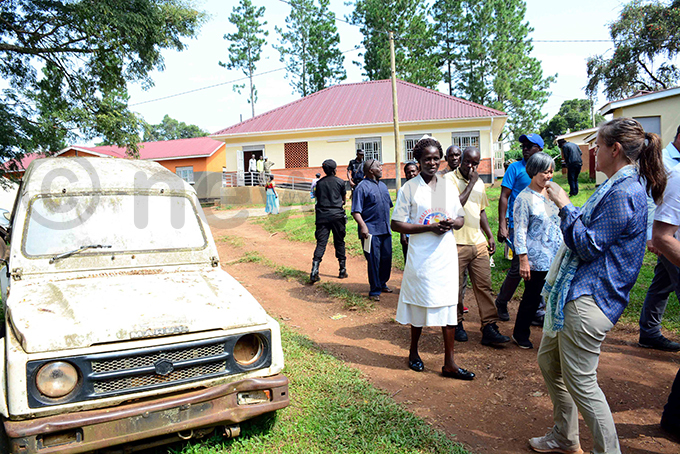 Area Member of Parliament, Daniel Muhiirwe said the country has a commitment to take care of both nationals and refugees but the facility was designed for 11,000 people but the number had grown to 57,000 yet no expansion has been made since.

He said Kyangwali sub-county has 170,000 people in addition to hosting a large number of refugees who share the services with the nationals

Douglas Asiimwe, Officer in Charge of Refugee Protection in the Office of the Prime Minister (OPM), however, told New Vision that although the facility admits majority patients from the Kyangwali Refugee Settlement, it was outside the OPM mandate.

He stated that the OPM was responsible for the various Health Centre IIs in the settlement, and according to him, they were being well-facilitated.

The Kikuube district health officer, Dr. Julius Kasozi confirmed that Kyangwali HCIII was a public facility under the management of the district. He said although there were still numerous challenges, the government, through the district was trying to make improvements.

He said the theatre was under construction and plans were underway to upgrade the maternity ward.