DRC ruling party gives a nod to opposition...
Next Story

In the application, CCEDU had sought to quash EC’s decision to suspend its activities and restrain it from ever excluding them from future election observation

In the application, CCEDU had sought to quash EC’s decision to suspend its activities and restrain it from ever excluding them from future election observation

The Citizens Coalition for Electoral Democracy (CCEDU) has agreed to withdraw its High Court application seeking judicial review against the Electoral Commission's (EC) decision to suspend its activities.

In July, the EC suspended CCEDU's election related activates for four months over highly critical reports against election exercises conducted by the commission.

Ahead of the July LC 1, 2 and 3 elections and the subsequent polls for MPs in seven new municipalities, the EC chairperson, Justice Simon Byabakama wrote a letter saying that they had resolved to suspend their voter education and election observing partnership with CCEDU for being partisan.

It also accused CCEDU officials for using the media to discredit the then electoral processes (women council elections) as a sham yet there was big voter turnout.

However, in a reconciliatory meeting about the issues that led to the suspension held on October 24, CCEDU and EC agreed that the former should withdraw his application to the High Court (Civil Division) for judicial review of the latter's decision which was set for hearing on November 21.

In the application, CCEDU had sought to quash EC's decision and restrain it from ever excluding them from future election observation without reasonable cause, declare that the suspension was a violation of rights and award costs. 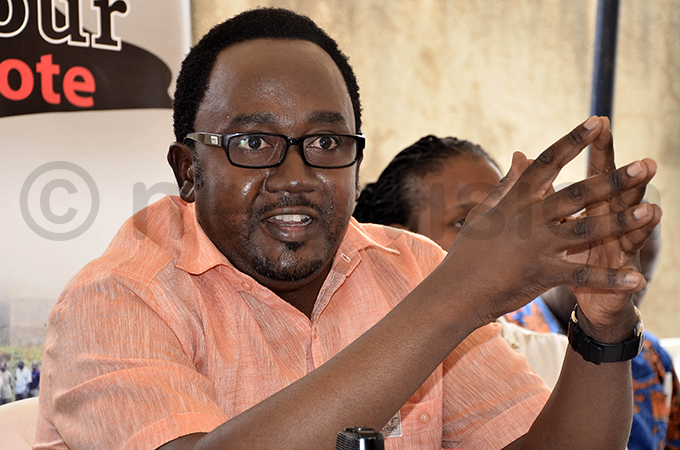 According to the CCEDU coordinator, Crispy Kaheru, going into the LC1 elections was challenging because they had in October last year petitioned the Constitutional Court challenging the method of lining up behind candidates which had not been heard by the time the elections took place.

"We wondered whether we were going to observe elections whose method of execution we were challenging in court or we would just sit and wait until the court would hear our petition. When we sent out a team, whose task was merely gathering information which could potentially be used as supplementary evidence to support our petition, EC got jittery at this development and decided to act by suspending CCEDU's activities," explains Kaheru.

Byabakama on the other hand claimed that CCEDU has "proved that it does not adhere to the legal framework and guidelines of the Electoral Commission and thus we are sceptical that it is in position to comply with objective voter education geared at promoting a process it does not believe in."

Although the EC and CCEDU have shared a love-hate relationship since 2009 when the latter was launched, the two have since decided to, "bury the hatchet for purposes of harmonious co-existence, lift the suspension, and allow CCEDU's voter education and related projects to resume, pending a formal memorandum of engagement and draft and share media statements outlining the spirit of the CCEDU-EC dialogue as well as the key resolutions."