Masiga said, the Government has intensified efforts to establish and ensure growth of the industry. It is being piloted in Bushenyi district, with plans to roll it out to other parts of the country. Sericulture is the rearing of silk worms to produce silk.

Masiga explaining the process of silk production at the expo. Photos by Lydia Nabwire

Masiga said, the Government has intensified efforts to establish and ensure growth of the industry. It is being piloted in Bushenyi district, with plans to roll it out to other parts of the country. Sericulture is the rearing of silk worms to produce silk.

As Uganda grapples with ways to increase its export earnings, the Government is looking to tap into the lucrative silk industry.

Currently, China and India, the world's biggest producers of silk are producing less silk  worm than the market demand. Statistics indicate that China, the world's leading producer, has experienced a steady decline in production by 20% since 2008. India's production, at 28,000 metric tonnes annually, is far below its 35,000 metric tonnes demand. Can Uganda, therefore, position itself to take advantage of the industry whose value keeps growing? Lydia Nabwire looks at the chances that Uganda has.

According to the lead sericulture researcher, Clet Wandui Masiga, Uganda stands a good chance to reap from the silk industry.

Masiga said, the Government has intensified efforts to establish and ensure growth of the industry. It is being piloted in Bushenyi district, with plans to roll it out to other parts of the country. Sericulture is the rearing of silk worms to produce silk. The sericulture project, called the ‘Commercialisation of sericulture technologies and innovations,' is being handled by the Ministry of Science and Technology.

The lead agency for the project is the Uganda National Council for Science and Technology and the implementer is the Tropical Institute of Development Innovations (TRIDI). 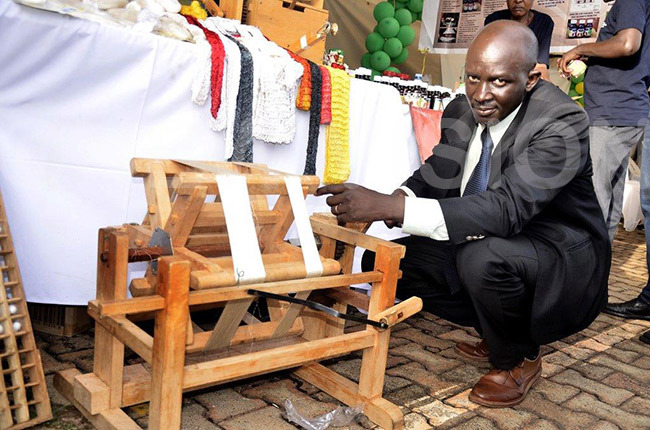 If well-harnessed, the silk project could bring sh350b into the country annually and create 50,000 direct jobs, Masiga, who is the project principal investigator, says. This would make it the second largest forex earner in agriculture after coffee.

Coffee, according to data from the Uganda Coffee Development Authority (UCDA), fetched $549m (about sh1.9 trillion) from February 2017 to January 2018.

Silk is the most expensive textile fi bre; with a unit price roughly 20 times the price of raw cotton.

China, which is the world leading producer of silk, has an annual turnover of about $2.5b from silk. 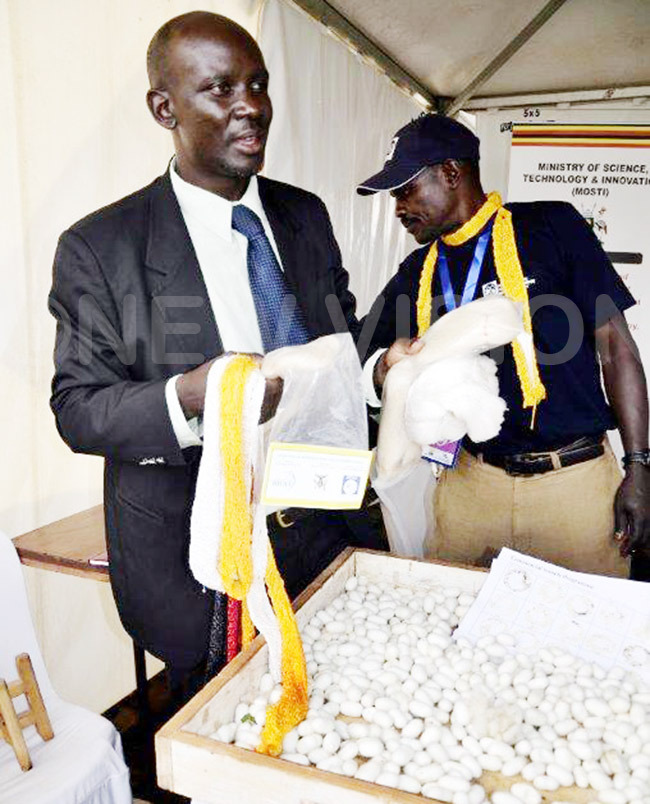 Globally, the demand for silk far outstrips its production, according to Masiga. He said the global decline of silk production is due to the increasing labour costs, which have increased in those countries from $1,500 (about sh5.6m) in the year 2000 to $6500 (about sh24m) in 2010.

He says the costs are dues to labour shortage, which is a result of the shrinking working age population in the world's biggest producers of silk, where those aged over 65 doubled from 4.3% in 1970 to 8.5% in 2010.

The other problem, according to Masiga, is the reduction in the available farmland for mulberry trees cultivation due to growing urbanisation. Uganda plans to put at least 15,000 acres of land under the mulberry tree, which would produce 2000 metric tonnes of raw silk, worth $100m (about sh381b) annually.

In a period of five years, Masiga says the Government will invest sh381b and the return on investment will be $340m (about sh1.3 trillion).

"In the foreseeable future, silk will remain an important raw material for producing high quality and luxury clothes. Uganda should seize this opportunity to create rural and urban employment for economic growth," says Masiga. 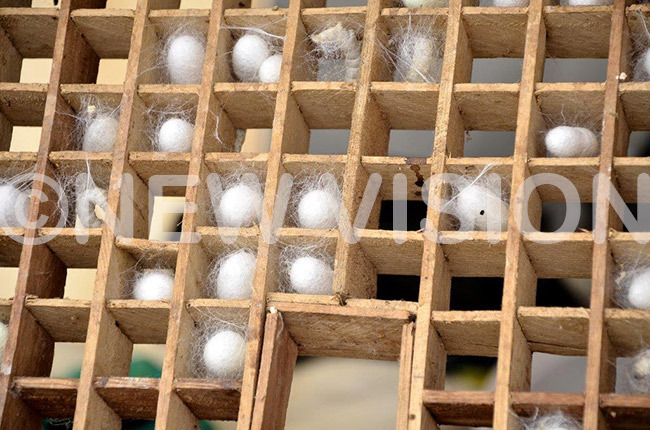 Sericulture is labour-intensive which, according to the minister for Science, Technology and Innovation, Dr. Elioda

Tumwesigye, means it can employ more of the jobless youth.

Comparative studies on income generation for the farmer rank sericulture higher than any other crop in income generation on a given acreage. While most crops are grown once a year, a farmer can harvest four to eight times in the same period.

"It can be a very good tool for rural development and general improvement of the standards of living at the village level.

Silk fabric was fi rst developed in ancient China and later spread around the world via the ‘Silk Road' becoming popular among super-rich or high society.

Nowadays silk is an affordable luxury for the middle class in Europe and the US and continues to hold its own in Asia as a traditional ceremonial wear. The leading producers of silk are China, India, Brazil, North Korea, Thailand, Uzbekistan, Vietnam, Japan, Iran, Tajikistan, Pakistan, Indonesia, Bulgaria, Egypt, Madagascar and Vietnam. 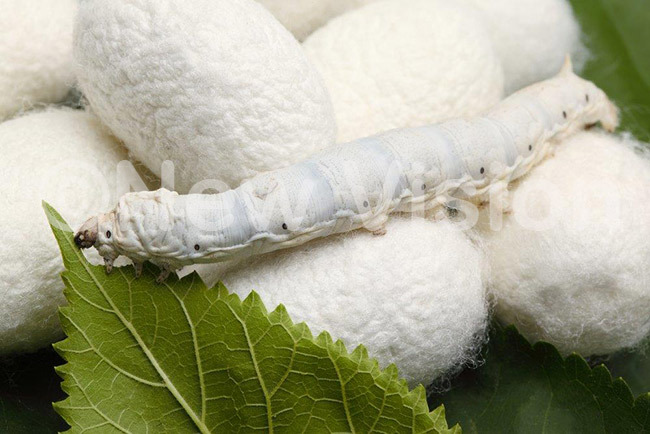 Revival of silk in Uganda

Uganda started research on silk as early as 1920 establishing 22 sericulture centres between 1994 and 1999, but it limped along. This was blamed the lack of technology for value-addition, which forced farmers to sell cocoons at low prices until they gave up.

However, the government plans to revive and commercialise silk-based textiles and other silk derived products

According to Tumwesigye, the silk project is aimed at commercialising silk-based textiles and other silk derived innovations as tools for household wealth creation and employment generation in Uganda.

He says the Government will provide community rearing houses so that farmers can grow mulberry and feed the worms at the rearing house at a cost. This, he said should save the cost of establishing different rearing houses.

The silk moth lays up to 500 eggs, which are hatched from larvae or caterpillars, known as silkworms. After three weeks, the silkworm spins approximately one kilometre of filament or thread and completely encloses itself in a cocoon in about two or three days. These cocoons are processed into silk yarn, from which the fabric is made.

The process of turning the cocoon into yarn is called reeling. The cocoons are exposed to high temperatures for the caterpillar inside it to die. After that, silk thread is reeled from the cocoon. The reeling tools range from simple hand reels, pedal reels, mechanised ones and now we have computerised modern ones.

"At Sheema, we have all types of reels and we are ready to produce the silk fabric by end of next year," says Masiga.