The stadium was a pledge by President Yoweri Museveni in 2016 in memory of Uganda’s first Olympic gold medallist, John Akii-Bua

Sh665m was apparently spent on the facility where a small stand and toilets have been set up.

The stadium was a pledge by President Yoweri Museveni in 2016 in memory of Uganda’s first Olympic gold medallist, John Akii-Bua

District chief administrative officer Mark Tivu and the district engineer Hudson Omoko on Wednesday spent hours with the parliamentary criminal investigations directorate at Parliament after they failed to account for the sh940m that has so far been spent on the construction of the John Akii-Bua Memorial Stadium.

The two officials were asked to record statements with Police after they gave contradicting statements on the expenditure.

While appearing before the parliamentary committee on commissions, statutory authorities and state enterprises (COSASE), Tivu was asked to explain how the money was spent.

“You were given the money, what exactly did you use it for? Was the contractor procured through the right procedures?” Committee chairperson Anita Among (Bukedea) asked. 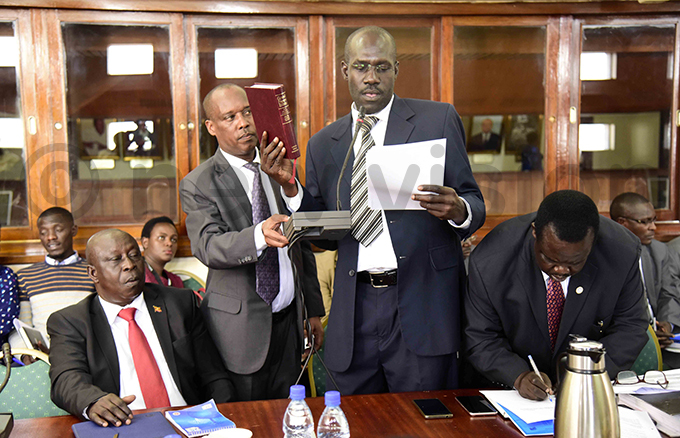 Tivu explained that according to the memorandum of understanding signed with the education ministry, they were supposed to carry out preliminary activities.

He explained that although the land was donated by the district, it was swampy and virgin which required a lot of money to reclaim it.

He said all the money was spent on carrying out of a needs assessment, fencing off of the project land, opening boarders’ access roads, levelling and planting grass on land measuring about 18.6 acres. This was in addition to constructing a pavilion and a latrine.

“We received the money and used the money. Most of the money was spent on grading and filling the land since it was a swampy area,” he said.

But later contradicted himself when he informed the committee that a total of sh275m was used for compensation and the rest for reclaiming the land, construct a preliminary small pavilion, ring roads, survey the land and a latrine. 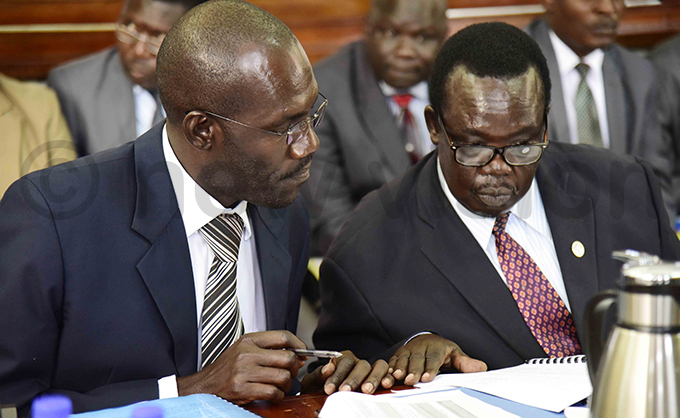 Omoko (left) consults with Tivu during the hearing at Parliament. Photo by Kennedy Oryema

He said the compensation was directed by the then minister of Education and Sports Jessica Alupo.

“We received Shs665m which came in three phases. We used all the money to reclaim the land, construct a pavilion and a latrine,” he said.

The stadium was a pledge by President Yoweri Museveni in 2016 in memory of Uganda’s first Olympic gold medallist, John Akii-Bua.

During the meeting, when the officials were asked to explain whether the project was being implemented according to the architectural design, the officials said no.

This angered members who directed that Police takes over the matter.

Athletics coach Wemali returns to court on May 25