Police officer kills one and injures anoth...
Next Story

Justine Nansamba, the Regional Chairperson for traditional healers, confirmed the new initiative. The SAACO currently has more than 250 members.

Justine Nansamba, the Regional Chairperson for traditional healers, confirmed the new initiative. The SAACO currently has more than 250 members.

Justine Nansamba, the regional chairperson for traditional healers, confirmed the new initiative. The  SAACO currently has more than 250 members.

She said they will save and acquire loans to boost their work and also begin other projects to improve their incomes. 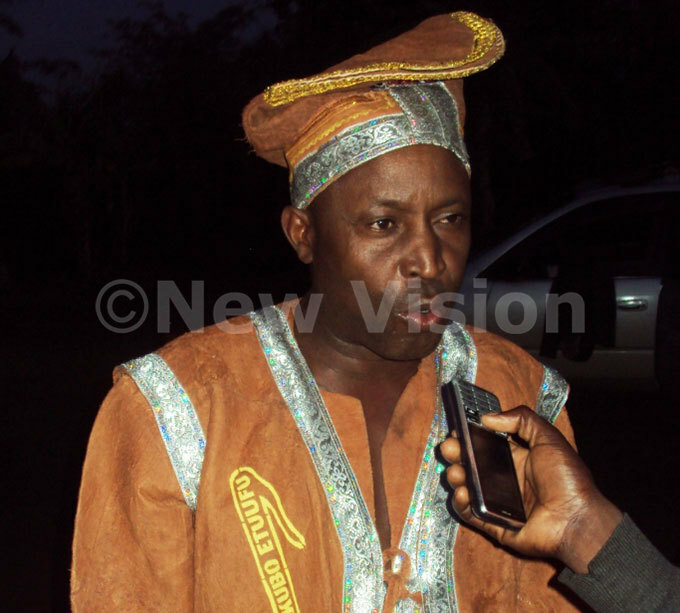 Kabiito Muwanga speaking to reporters about the SACCO

Nansamba said they will have branches and representatives in other districts  that form the region including Rakai, Masaka, Lyantonde, Lwengo, Sembabule, Kalungu, Bukomansimbi, Kalangala.

"We have been left out of different government programmes yet the majority cannot access capital to begin other ventures. Also, it is easier to lobby government support in an organised group," she explained.

Dezideliyo Ndaza, a board member, said they have already secured an operation certificate and license that will enable their smooth operation.

He further appealed to other traditional healers to join and promote their SACCO saying it was started for a good cause.

"On many occasions, authorities mistreat us and close our shrines in fake operations rendering us jobless. So with our SACCO in place, we can run to it to get loans to begin something else," he said.

Kasoozi Muwanga, another traditional healer from Bukomamnsimbi, urged fellow practitioners to acquire loans from their SACCO and engage in other profitable businesses than relaying on pipe smoking and selling herbs alone.

However, in a meeting held at Kabaseke village in Kasaali town council on Monday, the traditional healers decried the persistent mistreatment and closure of their shrines by National Council for Traditional Healers and Herbalists Association (NACOTHA) headed by Maj. David Muwanga.

Since the year began, UTHA practitioners headed by Sylvia Namutebi (Maama Fiina) and NACOTHA officials have been pulling ropes over whom to regulate the practice in the region and the country at large. 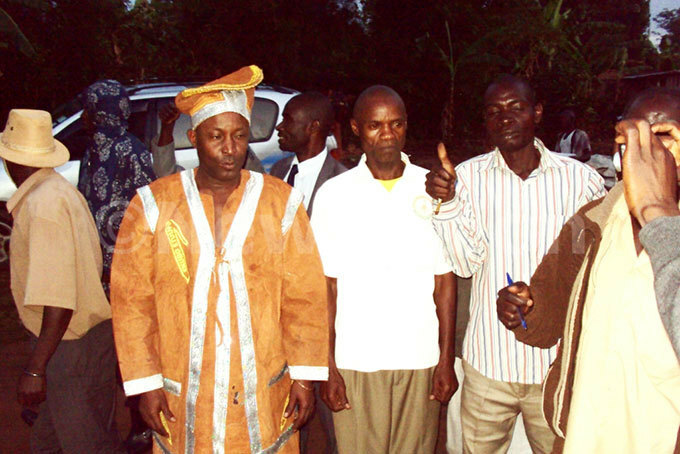 Greater Masaka traditional healers after a meeting on Monday

Early this year, NACOTHA embarked on a fresh registration exercise of traditional healers in the region to weed out quacks who have infiltrated the field. In its operations, several shrines have been closed due to noncompliance to pay registration fees worth sh75,000 .

Namande Nambi and Ronald Ssegirinya, both practitioners of Buwunga in Masaka district, are among the affected practitioners whose shrines were locked for defying payment of the said fees.

According to Kabiito Muwanga, their UTHA-regional spokesperson, NACOTHA's officials have often blackmailed different traditional healers in a bid to upset their practice.

"We are registered and operating under UTHA (Uganda Nedagala Lyayo). We were properly screened by district security committees led by the Resident District Commissioners. So where does NACOTHA come in to regulate us?" he wondered.

He further argued that shrines may have lost their significance to some of the people but for their case they are still highly valued.

Nansamba, the regional chairperson for traditional healers, appealed to the protesters to remain calm in a meantime as she works out modalities to address the problem.

At least several joint security meetings involving Resident District Commissioners, crime intelligence, army, and leaders of traditional healers have been held to guide on what should be done.

However, district authorities still maintain that recommendation letters from Local Council (LC1) authorities and national Identity cards will be a basic requirement to qualify for practicing certificates and licenses.

According to Maj. Muwanga, most of the shrines had turned into hiding places for criminals. He said NACOTHA operations are meant to root out quacks that infiltrated the field.

Rugby had a poor outing in 2010 season