How HIV/AIDS fight started in Uganda
Next Story

Kelementina Akullo says she was born around the time that the road from Lira to Soroti was being opened.

Kelementina Akullo says she was born around the time that the road from Lira to Soroti was being opened.

A New Vision reader based in the US had donated about sh550,000 to Dokolo woman who claims to be 130 years old, possibly the oldest living person in Uganda.

The money was delivered to the woman, Kelementina Akullo, by Robert Okwir the editor of Rupiny, a sister paper to the New Vision up to her home in Amuli Cell, Eastern Ward, Dokolo Town Council.

Okwir identified the reader as Sarah Victoria Odong who is from Northern Uganda but lives in the US, offered the donation of about sh550,000.

Okwir commended the ladies who are taking care of the old woman saying God will reward them. Kelementina Akullo counting the money money she received as her relatives look on. Photo by Hudson Apunyo 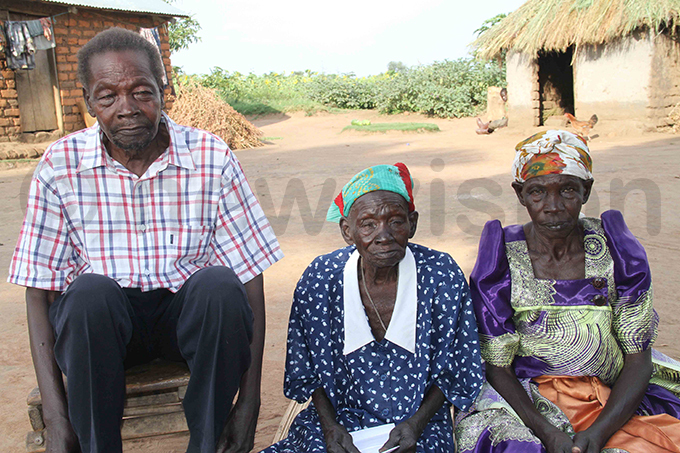 After receiving the donation, Akullo thanked Odong for coming to her aid. She wished her good luck and also thanked New Vision for highlighting her plight.

Akullo says she was born around the time that the road from Lira to Soroti was being opened.

When she was married at 28 and the colonial administrators at the time arrested her husband over defilement because she looked very young. Her relatives convinced the administrators that she was old enough and the husband was released after two years in custody. She gave birth to her first child at 31.

Her secret to long life

She says does not eat fried meals but only meals that have simsim or groundnuts, shea butter oil and cow ghee. She mixes most of her meals with malakwang or other vegetables. 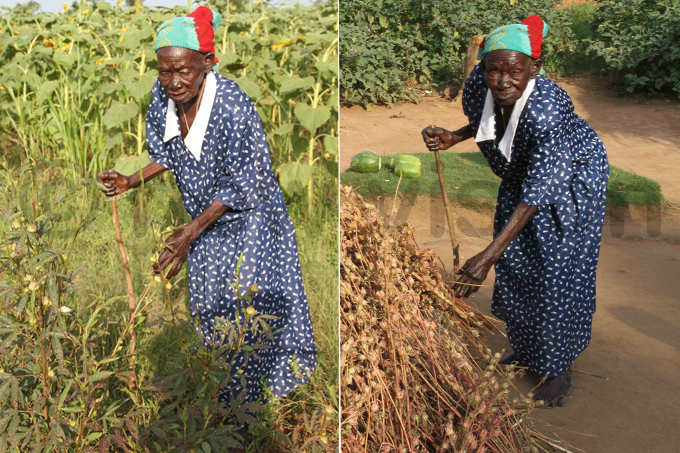 Akullo shows the plant (left) from which she makes her favourite meal Malakwang. And right, the mature plant from which she harvests seeds to make the delicacy. Photo by Hudson Apunyo 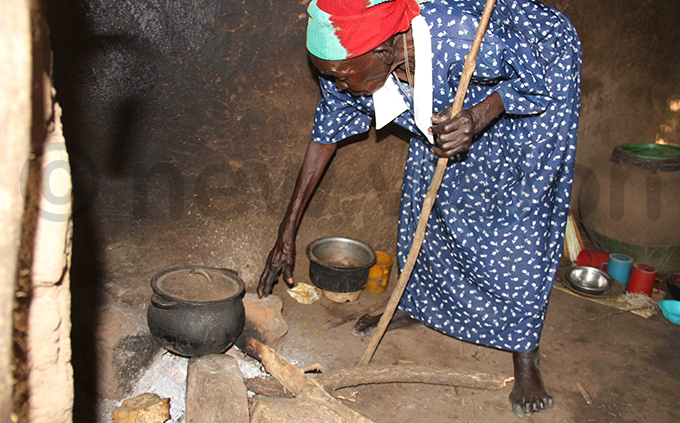 Akullo likes to prepare her own meals. Photo by Hudson Apunyo

She believes that she has lived long because of eating vegetables and wild fruits. She also wakes up early in the morning and go to tend to her garden. She also likes cooking her own meals.

She says used not to fall sick until recently when she started feeling pain in the shoulder. She can still see well but her sense of hearing has deteriorated a little.

Her grandchildren and neighbours call her the daughter of Jesus because she is born again. She loves praying and whoever greets her, she replies with the words "praise God."

She has failed to get the National Identity card despite several attempts.

Her grandchildren helped her to construct a house but they failed to complete it after someone offered to cater for its roofing but never delivered.

The hut she lives in has become dilapidated and the grass-thatched roof leaks, forcing her to take refuge with her daughter-in-law, Beregita Adul, 95. But she still cooks from her hut and only goes to sleep in Adul's house at night. 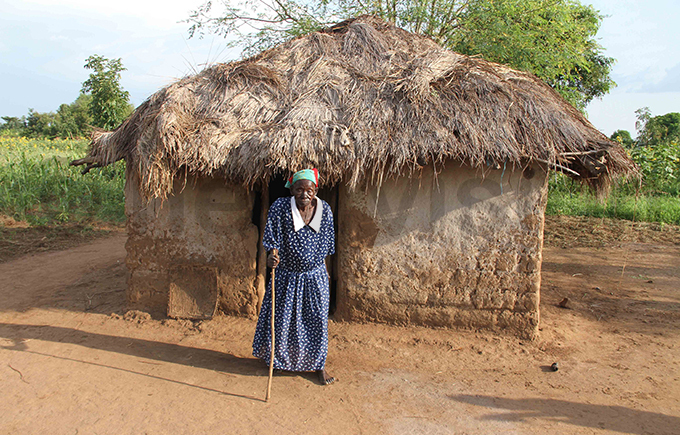 This is the house that Akullo's family has failed to complete. Photo by Hidson Apunyo

Celina Aguti, 63, a widow who is also taking care of Akullo, said her husband was killed by LRA rebels during the peak of the insurgency.

Aguti said with the help of her step daughters in law and grandchildren, they are ably looking after the old woman. "She stays with me but likes going back to her house to cook her own food," Aguti said.

The area LC1 chairperson, Nelson Ayor, 40, who is a step son to Akullo, said only two people benefited from Social Assistance Grants for Empowerment (SAGE) in the village with one already dead.

He said Akullo is not getting the funds because at the time of taking the particulars of beneficiaries, the computers failed to recognise her. He went to the chief administrative officer of Dokolo district but by that time, there was nothing they could do to help her benefit from the scheme. 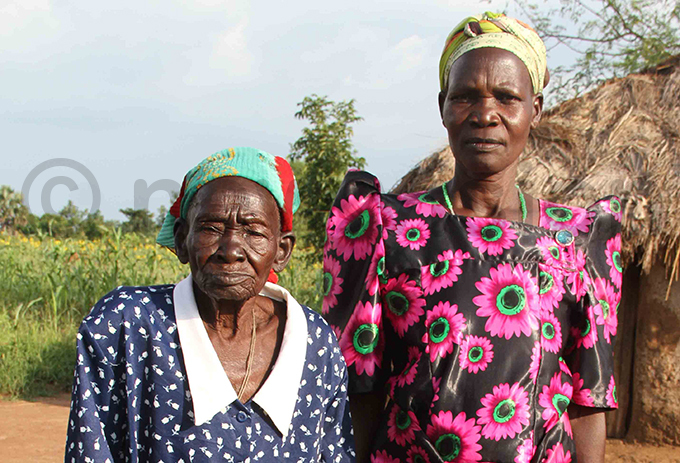 Generio Otwak, 79, Akullo's only remaining son, said his mother was born in 1888 which would make her 130 years old.

Her grandson Leo Opige commended New Vision for publishing Akullo's plight which enabled a reader to assist her. "We had given up on the government's help."

Opige said what is given to his grandmother is equivalent to two years of government's grant.

He also said that Akullo's mother gave birth to 20 children, and she was the 18th. All passed away and she is the only alive.