In the report, the proportion for idle female youth was almost three times higher than that of their male counterparts.

Speaker Rebecca Kadaga and state minister for finance in charge planning David Bahati and Prof. Fred Bwire Mangen chairman of the board of National Population Council at the launch of the state of Uganda Population Report 2018, Oct 25,2018

In the report, the proportion for idle female youth was almost three times higher than that of their male counterparts.

KAMPALA- 1.2 million youth in Uganda between the ages of 15 and 29 are idle, the state of Uganda Population report 2018, has revealed.

The report which was launched on Thursday at Sheraton Hotel by the United Nations Population Fund (UNFPA) stated that the youth are neither in employment nor education or training.

In the report, the proportion for idle female youth was almost three times higher than that of their male counterparts. The proportion was also higher for youth in urban areas (17%) compared to those in the rural areas (12%). 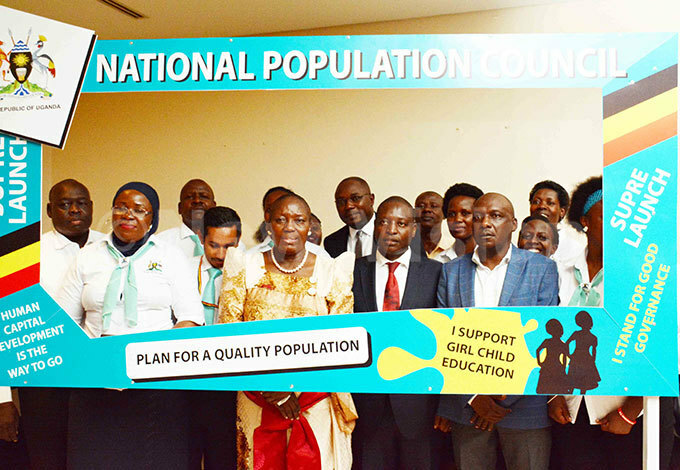 Speaker of Parliament, Rebeca Kadaga poses for a photo with workers of the National Population Council after launching the State of Population Report 2018 at Sheraton Hotel. (Photo by Eddie Ssejjoba)

The report warns that the existence of idle youth poses a challenge in the journey towards harnessing the democratic dividend and attaining sustainable development and calls on Government to deal with it heads on by ensuring that the youth population is productively utilised in the economy.

"This can be done by devising interventions to curb the problem of idle youth or strengthening programmes aimed at youth empowerment, for example the Youth Livelihood Programme, or revisiting the Youth Venture Capital," it suggests.

Among the employed youth, the report notes that there are wage differentials by gender in favor of the male. The youth in public sector earn more than those in private sector while those in Northern and Eastern region are the least paid.

The agriculture sector employs the highest number of youth, followed by trade, manufacturing and then the transport sector.

On the youth unemployment rate which now stands at 6.5%, the report attributes it to mismatch between skills obtained through the education system and labour market demands. 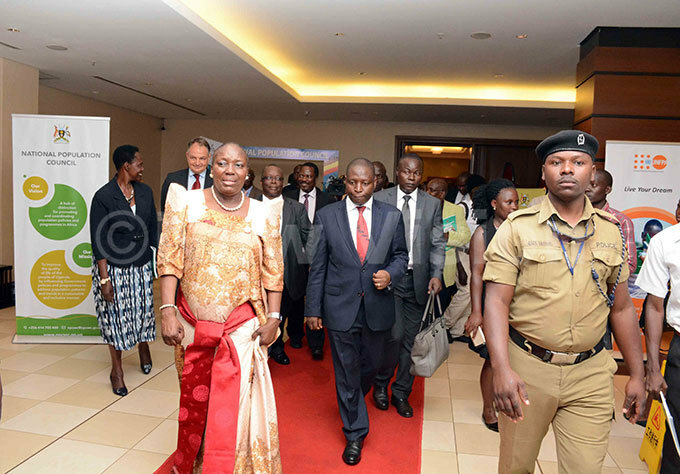 Speaker of Parliament, Rebeca Kadaga leaving after addressing the audience at the launch of the State of Population Report 2018. In the center is state minister for finance, David Bahati. (Photo by Eddie Ssejjoba)

"There must be a deliberate effort to improve the quality of a youthful population entering the work force to enhance productivity," he said.

Birungi said the education system should be constantly reviewed to suit the need and changing demands of the labour market and that there must be targeted imparting of skills to youths in priority areas such as entrepreneurship, vocational and technical training as well as work ethics.

In order to benefit from the Youth bulge, he said the national employment policies should be consistent with international labour laws and should encourage the youth to engage in gainful employment.

He noted that employment policies such as access to reliable market information through job bureaus, equal opportunities in young men and women, mentoring and coaching, may go a long way  in bringing a critical proportion of youth into gainful employment.

The Speaker of Parliament, Rebecca Kadaga noted that there is need to rethink the education policy in the country, noting that the education institutions still churn out white collar job seekers.

She noted that the country is still far from achieving its target of having a polytechnic in every constituency.

"We continue to churn out white collar students yet we have no jobs. We need to look at this and ensure that we prepare our people for job creation," she said.

Kadaga said focus should shift to changing the attitudes of people who despise vocational training.