Others at the Airport to receive him were Senior Presidential Advisor on Defence and Security Gen. Proscovia Nalweyiso, Ugandan Ambassador to South Sudan Col. Ronnie Balya, Bukedea Woman Member of Parliament Anita Among, among others.

The celebrations being held under the theme "Celebrating the dawn of peace, appreciating friends, cherishing reconciliation and Unity," are taking place at the John Garang Museliem in Juba.

The Sudan Peoples Liberation Movement In Opposition, SPLM-IO leader Machar is expected to join other leaders from across the region at the the celebrations that are premised on a peace deal signed in September under the regional bloc, IGAD and other international stakeholders. 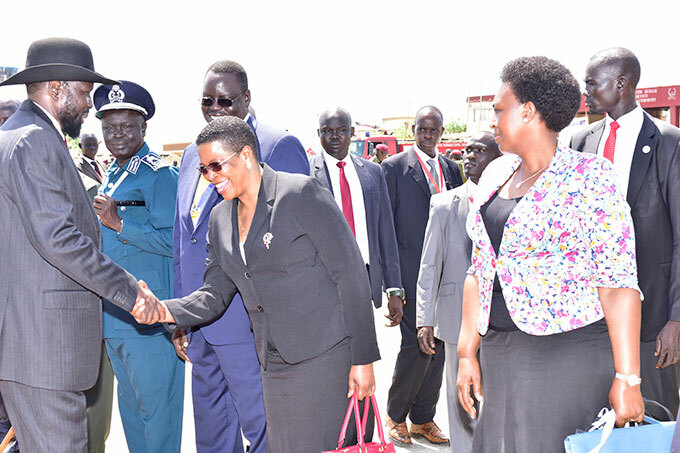 The 2015 peace agreement to end the violence was violated in July 2016 when the rival factions resumed fighting in the capital Juba, forcing Machar to flee into exile. Under the new peace deal signed last month, Machar will be Vice President Salva Kiir's deputy once again.

The South Sudan conflict has had a huge effect on trade. During stability, Uganda used to export over US700m worth of goods. With the war, this has shrunk to a miserable US$200million. 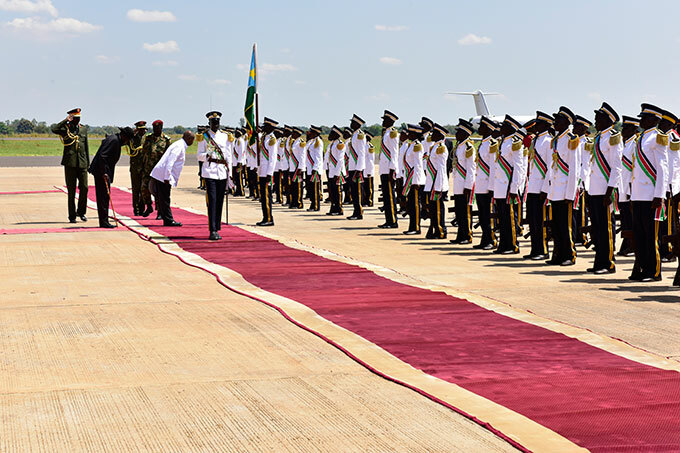 According to the United Nations High Commissioner for Refugees (UNHCR), more than 85 per cent of South Sudanese refugees in Uganda are women and children under the age of 18.

In addition to the million refugees now hosted by Uganda, a million or even more South Sudanese refugees are being hosted by Sudan, Ethiopia, Kenya, the Democratic Republic of the Congo and Central African Republic.

President Museveni believes with this peace process, the refugees can return home and participate in rebuilding their country.