It is registered as Kibuga Block 10 Plot 50.

The commission chaired by Justice Catherine Bamugemereire obtained documents dated December 8, 1927, showing that Kimbugwe's great-grandfather, Sserwano Ssenti, sold the land and transferred it to a one Obadiah Kirigwajjo. 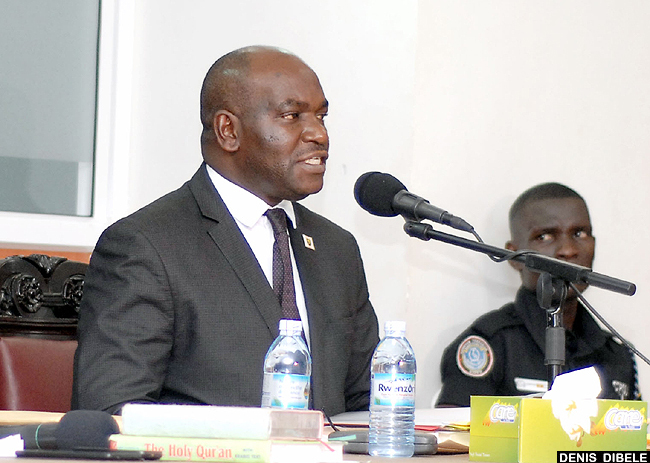 On the 17th of this month, Kimbugwe testified and claimed he was brutally evicted from an apartment and that the land is part of his inheritance.

However, he did not expound on how he came to occupy the premises and why the eviction was conducted.

Asked by deputy lead counsel John Bosco Suuza to substantiate the allegations, Kazibwe responded that Kimbugwe told a pack of lies and half-truths for convenience.

Kazibwe explained that in 2015, Kimbugwe took advantage, sneaked and broke into apartments that had been vacated by teachers who had been transferred.

"One day, a teacher left a house after a transfer. I sent another teacher, Bosco Opio, to lock up but the padlocks were cut and boom! Ernest Kimbugwe entered. Immediately, we reported to Police, but Kimbugwe was left to stay," he testified.

The headteacher remarked that Kimbugwe became a nuisance and started intimidating the teachers.

"Later, another teacher left and Kimbugwe captured the second unit. Police said we let the status quo remain, so Kimbugwe brought his friend Jjemba to occupy it. These two rooms became centres of terror." 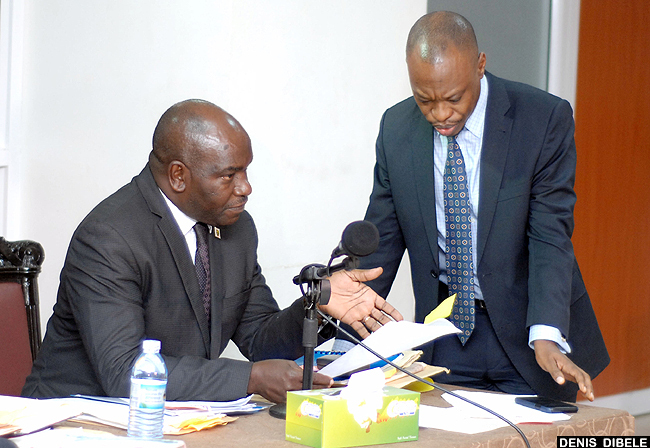 Kazibwe said Jjemba slapped a teacher, Esther Bagabo, and damaged her eardrum. He stated that the school spent sh3m on her treatment, and that the Police surgeon has a report to that effect.

The headteacher claimed Kimbugwe defecated in the house as a tactic to resist vacation of the premises when Police concluded he was a nuisance.

The royal also purportedly stole water metres, which compelled the school to spend sh1m on replacements.

Kazibwe said the two units are currently unoccupied, but in possession of the school, pending court resolution.

The school started using the land in 1968, when then-headteacher Rev Brian Armitage drafted a master plan to turn the clubhouse into a hostel. Kazibwe displayed the original master plan.

The documents further indicate that on November 21, 1959, the Buganda Parliament (Lukiiko), the Muwanika (Chief Treasurer), and Mulamuzi (Chief Judge) endorsed the land purchase by the Mengo Association.

When Kimbugwe testified on October 17, Suuza tasked him with explaining why he was disputing a transaction that had paper trail evidence from 1927.

Kimbugwe responded that the documents were not genuine.

Bamugemereire wondered why tension erupted in 2014 when Kimbugwe returned, unlike before when tranquility prevailed.