Another lorry crashes into River Nile at Karuma

The Mitsubishi Fuso fighter lorry registration number UAL 891D loaded with over 10 tonnes of maize grain was moving from Bweyale in Kiryandongo district to Elego border between Uganda and South Sudan.

The Mitsubishi Fuso fighter lorry registration number UAL 891D loaded with over 10 tonnes of maize grain was moving from Bweyale in Kiryandongo district to Elego border between Uganda and South Sudan.

PIC:  Police at the scene a lorry fuso fighter UAS 994 Y hit the left rail guard of the bridge before plunging into the water.(Credit: Saidi Engola)

Another lorry on Saturday night lost control and plunged into River Nile at Karuma, about 150 metres from the Karuma Bridge at the border between Kiryandongo and Nwoya districts.

The driver and turn man survived with injuries, a source said.

There have been several accidents at Karuma with all vehicles going missing in the rapidly flowing water. 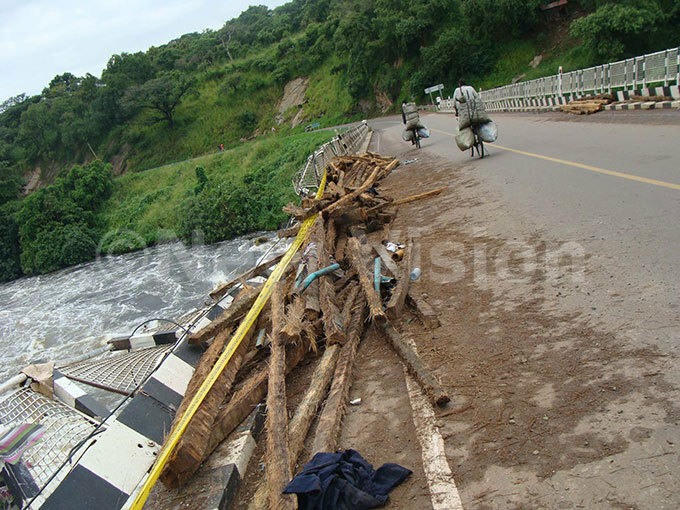 The Mitsubishi Fuso fighter lorry registration number UAL 891D loaded with over  10 tonnes of maize grain was moving from Bweyale in Kiryandongo district to Elego border between Uganda and South Sudan.

The truck driver who is also the owner identified as Sam Sempala a resident in Kampala jumped off as the truck was headed for the water and sustained knee injuries. He was rushed to The Crosse Medical Clinic in Karuma town council.

The identity of the turn man has not yet been verified.

Sempala narrated from his hospital bed that he reached Karuma town and decided to continue on his journey but as he approached Karuma bridge, the vehicle started developing mechanical problems and the brakes failed.

"After realising that we were in danger, I told my turn man to jump off," he said.

Sempala added that he tried to open the door so as to jump off but the door jammed. He said as the truck was rolling into the water, the door opened and he jumped off and landed a metre into the water but got stuck on a tree trunk. 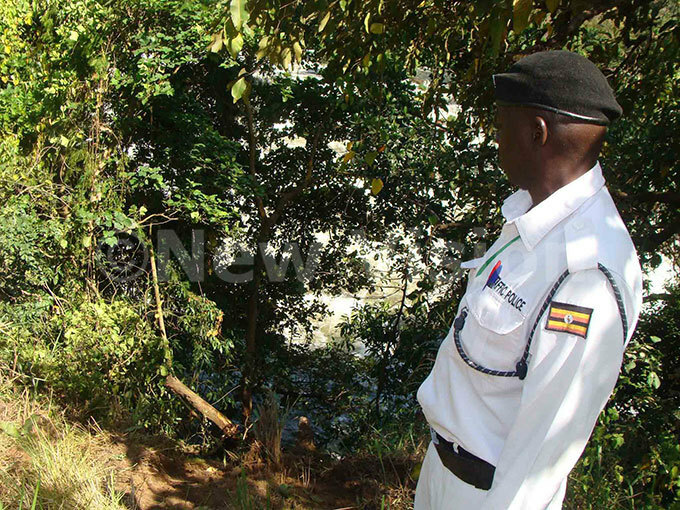 Isaac Adong, a police officer at the scene

Sempala told traffic police officers and UPDF soldiers at Karuma that the vehicle had gone missing in the water. He said the vehicle was hired by two ladies from Koboko district to deliver maize.

The two ladies, all widows, Ajonye Atayi and Zaitun Ukuwe said they were supposed to travel in the lorry but decided to board a Lira bound bus from Katulikire to Karuma. As they arrived in Karuma town, one of them decided that they should travel to Kamdini to wait for the lorry and travel to Elegu.

"We now understand that prayer is very important. It's God who helped us, we would have been dead in Karuma now," they said.

The ladies said when the driver called them, at first they thought the driver had sold their goods.

The ladies said they had each spent sh5m to buy the maize.

The traffic police officer attached to Diima Police Post, Isaac Abong said the accident was a result of a mechanical problem. 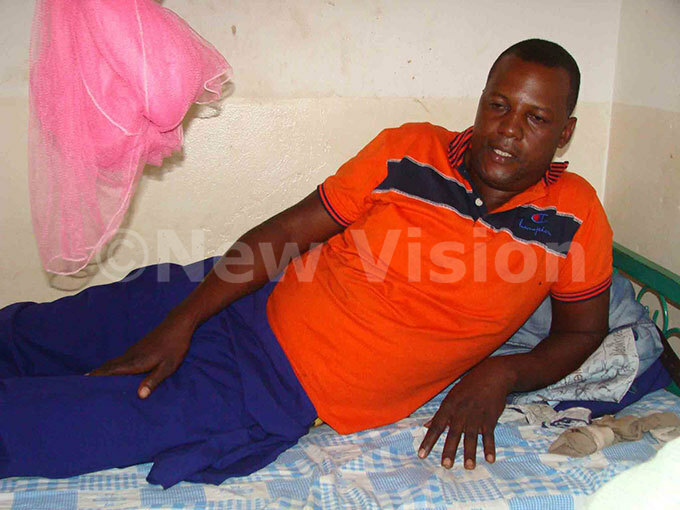 The driver also the owner of the truck Sam Sempala while at Crosse Medical Clinic, Karuma

Other accidents at Karuma

This is almost the same spot where Erute North MP, Charles Angiro Gutomoi got an accident towards the end of May. The MP while driving his Toyota Noah vehicle registration number UAU 089G collided with a Fuso lorry Reg. No. UAJ730U.

He  sustained injuries resulting into a fractured leg and has since remained incapacitated.

In June, a Fuso lorry registration no UAS 994Y carrying logs from palm tree from Lira to Masindi, with two occupants lost control and plunged into River Nile at Karuma bridge. 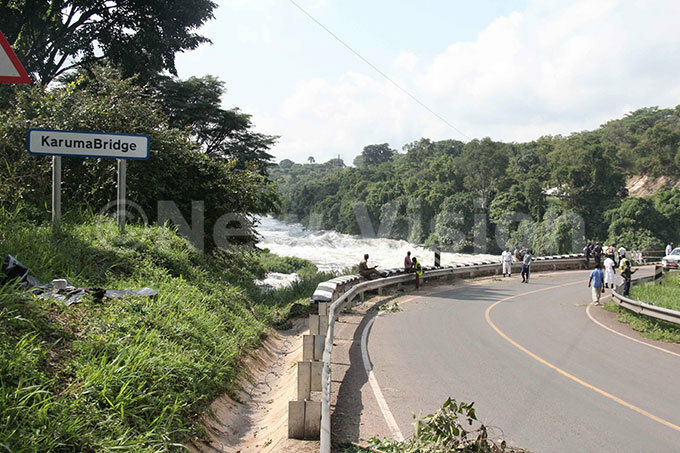 Karuma briddge where the lorry plunged into the water. Photo by Hudson Apunyo

The driver identified as Adam Nabwisho survived with serious injuries and was rushed for treatment at  St Mary's Hospital Lacor.

In July, three people including a driver, turn man and a passenger were killed when Tata lorry registration number UAW 356, laden with dried cassava plunged into the Nile River at Karuma bridge in Kirynadongo district.

They were travelling from Paidah town in Nebbi district to Hoima when the vehicle lost control and plunged into the river at about 7:00pm.

In April, a cargo lorry carrying cotton seeds from the Democratic Republic of Congo plunged into the Nile River at Karuma Falls Bridge after losing control. 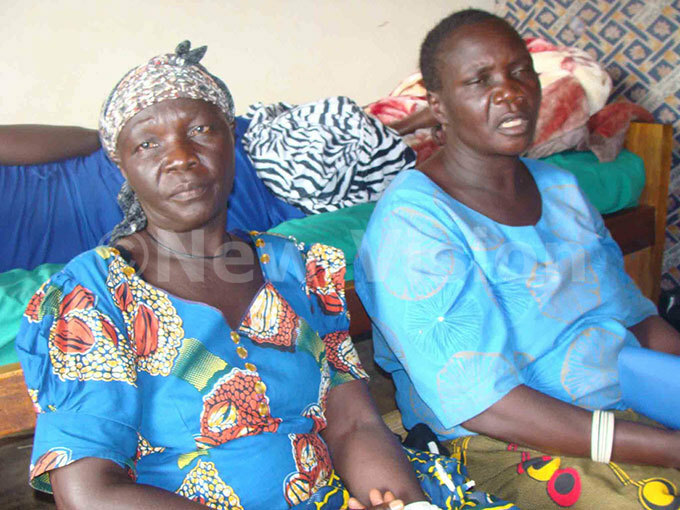 Also Related to this story

Fun and flirtatious heels are in