Trump blames media over 'anger' after pipe...
Next Story

Referring to a recent incident where some armed men violently abducted one Yusuf Kawooya, Kalumba called for what he termed as the “humanistic culture” among Ugandans.

Referring to a recent incident where some armed men violently abducted one Yusuf Kawooya, Kalumba called for what he termed as the “humanistic culture” among Ugandans.

The episcopal vicar of the Catholic vicariate of Kampala, the Rt Rev. Msgr Gerald Kalumba has condemned the violent behaviour of some members of the security forces and called on them to exercise the principles of discipline and respect when doing their work.

Referring to a recent incident where some armed men violently abducted one Yusuf Kawooya, Kalumba called for what he termed as the "humanistic culture" among Ugandans. 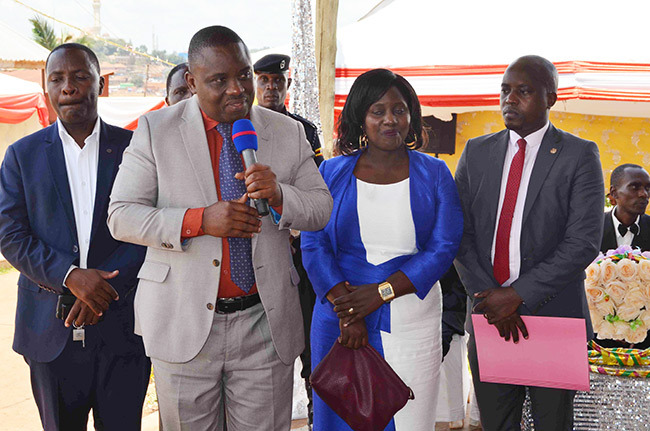 Lord Mayor Erias Lukwago delivers his speech. Besides him are some of the members of his council

"We are traumatised, offended and irritated when we see a Ugandan being treated like a beast by a fellow Ugandan in front of cameras, without any sense of remorse. If somebody can seek to inflict maximum harm on another person when he is being watched by the public, what can that person do to his victim when he is in a hidden location where nobody can see him?"

Msgr Kalumba made the remarks during the celebrations for Christ the King Catholic deanery day at Saint Balikuddembe Catholic Church, Mengo-Kisenyi, on Sunday.

Kalumba called on all Ugandans of good will to champion social harmony and sanity by promoting decent behaviours in their communities and homesteads. Msgr Gerald Kalumba delivers his speech during the celebrations of Christ the King Deanery Day at Mengo-Kisenyi Catholic parish on Sunday.

The deanery's head of the laity, Francis Ssenabulya informed the Christians that the deanery had attained significant pastoral progress during the past years. He later announced plans to develop the shrine of St Joseph Mukasa Balikuddembe, at Owino Market, upon approval of the shrine plan by KCCA. The parish-priest of Mengo-Kisenyi, Fr Godfrey Kato Semwogerere asked Christians to participate in the Novena prayers for St Balikuddembe, which will take place at the Church (Mengo-Kisenyi) on November 9-15, starting at 3:00pm, daily. 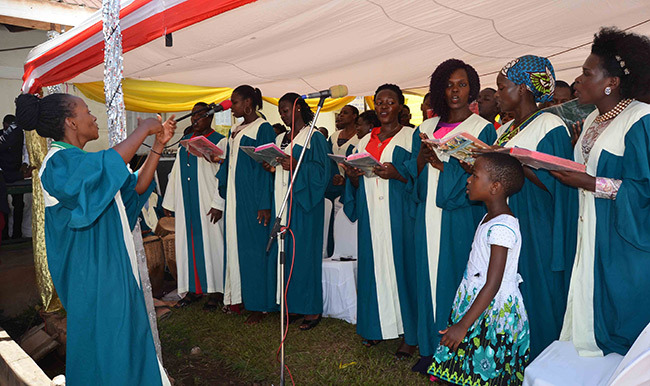 The choir of Mengo-Kisenyi Catholic parish singing during mass

The function was also graced by the Lord Mayor of Kampala, Erias Lukwago, who commended the Catholic Church for its dynamic involvement in development. Lukwago later donated sh1m (on behalf of KCCA) towards the development projects of Christ the King deanery. 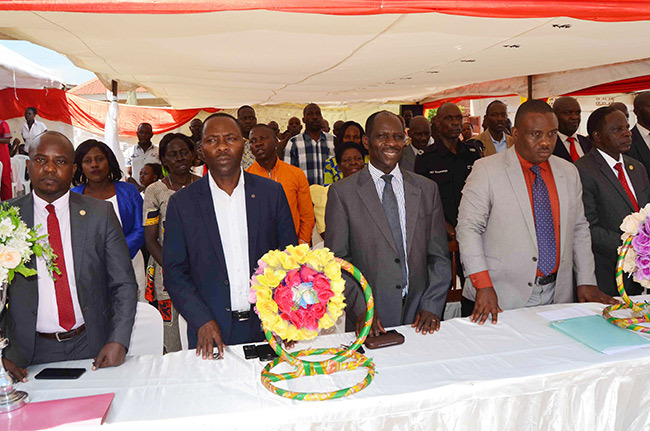