Motocross championship in pictures
Next Story

JKL Lady Dolphins looked the part throughout the entire National Basketball League campaign but the evergreen Jamila Nansikombi made them unplayable this season.

There was no room for sentiment as Nansikombi, a former UCU player, personally destroyed her former employers to power JKL to their first ever title.

She embodies all the characteristics of a champion; she is always demanding more from not just herself, but also from teammates.

Nansikombi has learned so much from the 3x3 Basketball World Series where she produced jaw-dropping performances to become the most highly ranked Ugandan in the 3x3 world rankings. 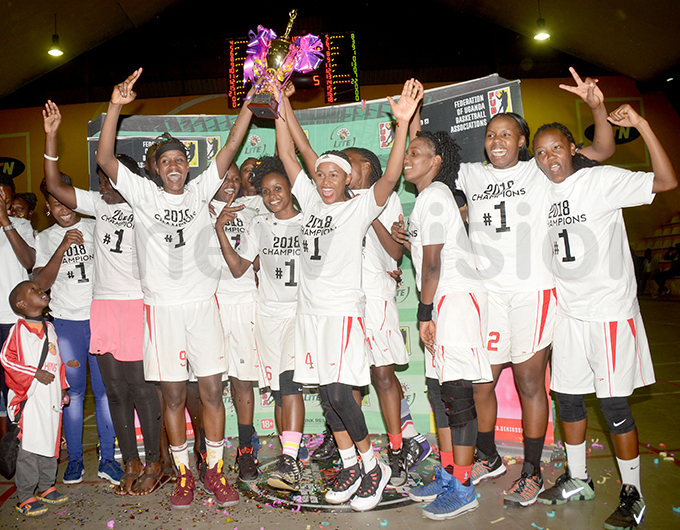 The lanky forward has averaged a staggering 20 points per game in the playoff finals and her return of 27 points Monday night at Lugogo Indoor Stadium put her side in pole position, with a win away from the title.

However, Rita Imanishimwe was the main architect in the decisive game Wednesday evening with a game best 15 points.

Nansikombi weighed in with 11 points to end UCU's three-year grip on the title.

Meanwhile, the manner in which Dolphins won the title suggests this could be the beginning of JKL's dominance in women's basketball.