MENU
Around Uganda: Over 40 babies immunized against polio
Previous Story

Will bNAbs yield a one size fits all HIV v...
Next Story

A Rotary Club member administering the polio vaccine to a baby during the exercise. Photo by Adolf Ayoreka

As the world marked International Polio Day on Wednesday, Rotary Club of Mbarara East carried out an immunisation campaign and administered over 40 babies with polio vaccine at Kakoba Health Centre III in Mbarara town.

Anna Kanyago Rubarema the polio officer in the Rotary Club Mbarara East said Rotary International has been at the helm of ensuring that polio is completely kicked out of Uganda as they celebrate 30 years in service.

Rubarema said they deemed it fit by engaging the community by immunising babies from Kakoba division. 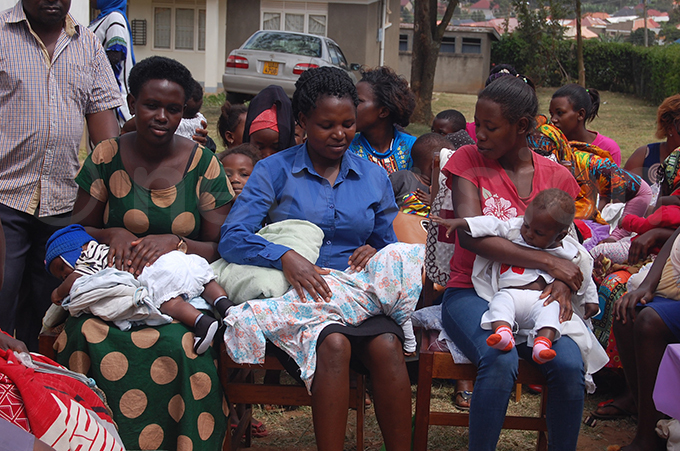 “It is now 30 years since Rotary International joined the rest of the world in campaigns against Polio in Uganda and us as Rotary Club of Mbarara East we had to mobilise our members to raise funds and see how to extend our support to the mothers by immunising their babies. We have managed to immunise over 40 babies,” Kanyango revealed.

Rotarian Caroline Karungi noted that every October 24 was earmarked in the world to commemorate polio day.

She said apart from immunising babies, they managed to donate items like brooms, squeezers, liquid soap and baby weighing pants among others, in a bid to boost the health centre’s operations. 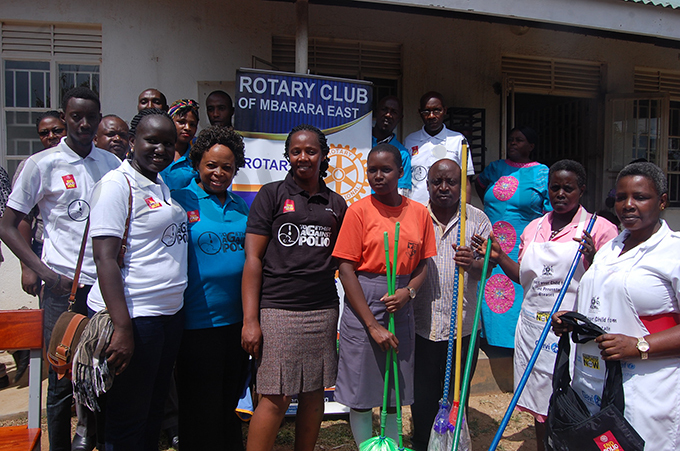 Rotary Club of Mbarara East members with staff of the health centre after handing over assorted items. Photo by Adolf Ayoreka

Prisca Natukunda who is in charge of the health centre, expressed her gratitude and appreciation to rotary members who spared their resources to extend help. She called upon mothers to ensure that their babies are immunised to as to be able to kick polio out of Uganda and the world as well.

“Polio cases in Uganda are very minimal but they are still rampant in countries like Nigeria, Afghanistan and these people cross to our country, so we still need to immunise our babies,” Natukunda said.

All is set for the Cancer Run on Sunday