A stitch in time saves nine
Next Story

Uganda’s Standard Gauge Railway is planned to link the country to the partner states including Kenya, Rwanda, South Sudan and DR Congo.

Uganda’s Standard Gauge Railway is planned to link the country to the partner states including Kenya, Rwanda, South Sudan and DR Congo.

Investment in the improvement and efficiency of infrastructure remain key in promoting the East African Community (EAC) business and trade, with railway transport viewed as the best option in reducing transport costs and final consumer prices.

As the business community in the region embraces the regional Single Customs Territory (SCT) and a uniform electronic Cargo Tracking System (eCTS), their success will largely depend on the availability of a well-developed infrastructure to smoothen trade and business.

Uganda's Standard Gauge Railway is planned to link the country to the partner states including Kenya, Rwanda, South Sudan and DR Congo and would consist of four major sections namely, Malaba-Kampala, Tororo-Gulu, Kampala-Mpondwe and the Bihanga-Mirama Hills in Western Uganda.
Jennifer Mwijukye, Chief Executive Officer and founder of Unifreight Cargo Handling Limited said for ease of trade in the region, railway was the best option because it would scale down costs incurred by traders in landlocked countries now using mainly roads in the transportation of their goods.
Although the SCT and the eCTS have greatly eliminated the numerous barriers along the border points of the partner states, distance and undeveloped infrastructure still remained a hindrance.
She stated that the long-awaited Standard Gauge Railway (SGR) linking Uganda and Rwanda to the port of Mombasa would facilitate a faster business transaction and cause development within the EAC region.
The SGR and other railway networks should, however, be able to link to a multimodal system, incorporating road transport, water as well as railway to link both Mombasa Port in the Northern Corridor, which should serve Rwanda, Uganda, South Sudan and parts of the DR Congo outside the region.
"It is our wish that Bukasa port is upgraded to promote the Mombasa-Kisumu, which uses the multimodal transport," she explained.
The multimodal transport, also known as combined transport, allows transportation of goods under a single contract, but accomplished with two or three different means of transport, including water, railway and road transport.
The SGR between Dar and Mwanza should also be developed so that it links Uganda to Dar through water transport across Lake Victoria to Port Bell in Luzira. Both routes, Northern and Central would then be linked to a railway network from Kampala to Kasese via Mpondwe, at the border with DR Congo.
Bukasa is viewed as a better option because it serves both the Northern and Central corridors, with the main objective of reducing costs on transportation of goods.
But according to Mwejukye, the barriers have been reduced with the introduction of a SCT  but the costs would go deeper down if the region promotes
She said that although unlike Rwanda, most business people in Uganda had not fully embraced Dar Es Salaam sea port because of the long distance by road with Kampala.
The costs of transporting cargo through Dar are also higher than Mombasa. For example, she said, one pays $480 to transport a container from Dar to Kampala through Mutukula border post using road transport, a distance of 1600km, whereas one would pay $270 for the same cargo from Mombasa to Kampala, which covers 1200km. 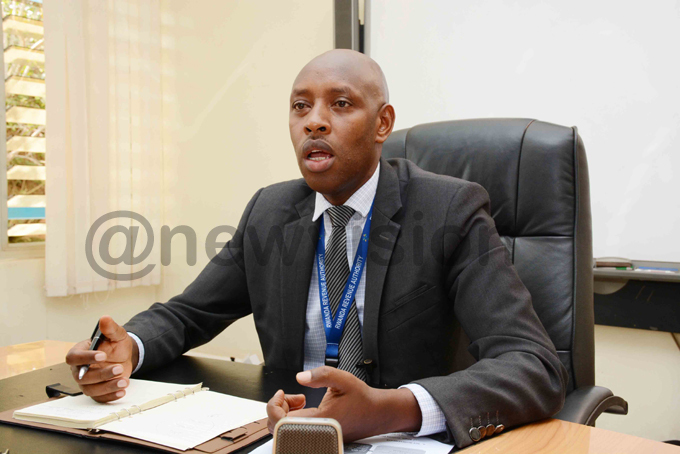 Although the Central Corridor, linking Kampala to Dar is picking up to give an alternative to Mombasa port, there was need to introduce the multimodal system.
"But distance is not the issue, it is mainly the efficiency and introduction of a multimodal. We should be able to link the railway network, water and road transport," she explained.
BW Rwabwogo of Mukwano Group of Companies said manufacturers would find it cheaper to import and export cargo using both water and railway transport, which have not been deloped.
He said the company used to transport 80% of their imports and exports by railway but the system ran down and now use 100% roads, which he said has increased their overall costs.
He said as compared to other networks, railway is cheap but undeveloped. "For example one would pay $1,800 for a cargo truckload by road through Mutukula but pay $600 for the same cargo using railway.
"It would be a good move to get a faster railway transport in the region targeting to benefit mainly landlocked countries," he explained.
Rwabwogo said the Central Corridor would be feasible route if railway and water transport were functioning.  Although the distance between Dar to Kampala, measuring 1800km as compared to 1200km between Mombasa and Kampala, this would greatly reduce in terms of costs if water and railway transport are used concurrently.
"We need a functioning railway route between Dar and Mwanza and then a vessel serving between Mwanza and Port Bell, otherwise Mutukula is expensive," Rwabwogo stated.
While speaking to journalists from the East African Community member states, the managing director of Cipla-Quality Chemicals Limited, Nevin Bradford stated that high transport costs make local manufacturing expensive especially importing raw materials or ingredients from outside the region.
He explained that most of the ingredients in the manufacture of pharmaceutical products are imported from Europe, China and India and are transported by road in the region but they have made manufacturing or pharmaceuticals high due to the transport costs involved.
Rwanda is one of the most disadvantaged landlocked countries in the region, having no access to water transport.
Traders from Rwanda have diverted their businesses to Dar port because the distance is shorter than Mombasa but with the development of the Kenyan SGR, Mombasa will remain relevant to the country.
Alex Mugibe-deputy commissioner and SCT coordinator said that EAC partner states were looking for ways of reducing costs of doing business that is why they are embracing the SGR.
He explained that Rwandan traders, by choice were comfortable using Dar more than Mombasa, because they cover a distance of 2,000km from Mombasa to Kigali while it is 1600km to Dar.
There is already excitement that the finished section of the Kenyan SGR from Mombasa to Nairobi has made positive results for traders in Uganda, South Sudan and northern Tanzania, which has cut down on the distance to the port.
The traders are set to benefit further when Uganda and Rwanda embark on construction of their respective SGRs.

EAC joint investment in rail transport must be accelerated