Karamagi has been battling charges of common nuisance for doing an act not authorised by law and causing inconveniences to the public who were listening to Nyombi's speech at the High Court in Kampala on January 31, 2014.

On Monday, Grade One Magistrate Joan Aciro, ruled that the prosecution failed to prove that Karamagi turned himself a public nuisance when he grabbed Nyombi's speech.

"Having perused through the prosecution evidence, I find that none of the members of the public was annoyed due to the accused's actions. In fact, the public instead wanted to protect the accused. I accordingly acquit the accused on the charge," Aciro ruled. 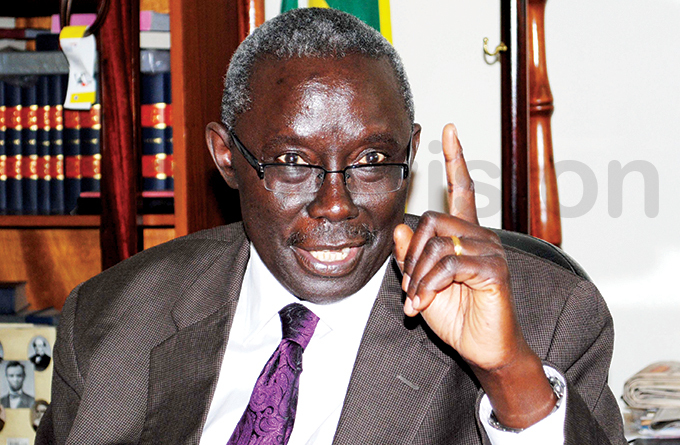 Aciro observed that the two prosecution witnesses including the late Nyombi did not prove that there was public anger due to Karamagi's actions.

"When the incident happened, the alleged victim continued with his speech and later resumed his seat. The business went on as planned contrary to what the state wanted us to believe and I find no wrongdoing on the part of the accused," she noted.

Nyombi succumbed to heart failure at a clinic in Kampala on October 7. He served as the Attorney General from 2011 until 2015.

Prosecution alleged that Karamagi on January 31, 2014 at the High Court premises in Kampala without lawful authority, removed a written speech from Nyombi thereby causing annoyance to him and inconveniences to the public who were listening to the speech at a function to open the new law year.