PIC: A general view of Migingo island which is densely populated by residents fishing mainly for Nile perch in Lake Victoria on the border of Uganda and Kenya. (AFP)

A rounded rocky outcrop covered with metallic shacks, Migingo Island rises out of the waters of Lake Victoria like an iron-plated turtle.

The densely populated island is barely a quarter of a hectare large, its residents crammed into a hodge-podge of corrugated-iron homes. There's little else but a few bars, brothels and a tiny port.

Nevertheless for over a decade Migingo has been a source of tension between Uganda and Kenya, who have been unable to decide to whom it really belongs. They were once pushed to the brink of what some said would have been Africa's "smallest war" over the island. 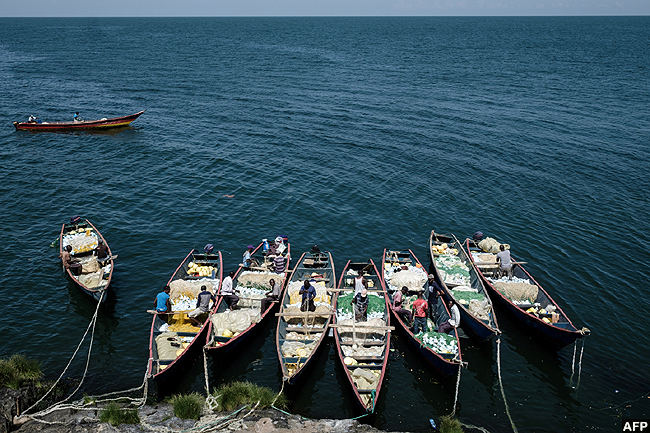 Fishermen prepare their nets aboard their boats on the island 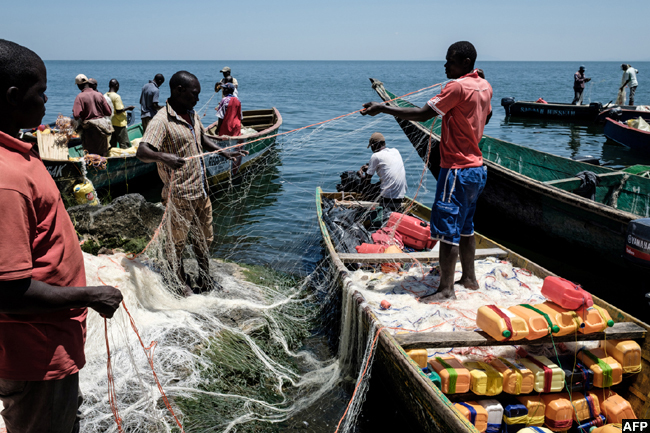 Ugandan Isaac Buhinza, 22, learned fishing from his father and never went to school, and said he was drawn to Migingo because "my friends who were here before used to come back home with lots of goodies" from their fishing bounty.

"I do not know which country this (island) belongs to, I just stay here."

For fisherman like Buhinza, living directly on the tiny island saves them fuel and also gives them direct access to wholesale buyers.

It was in the early 2000s when the island was barely inhabited -- then situated within Kenya on all maps -- that it began drawing the attention of Ugandan authorities who sent officials to Migingo to tax fishermen and offer protection against pirates.

Kenyan fishermen in return began complaining they were being shaken down by the Ugandans in their own waters and chased from the island.  They called on Kenya's government which deployed security forces to Migingo in a move that nearly brought the two nations to blows in 2009.

Kenya and Uganda then decided to create a joint commission to determine where the watery border is, relying on maps dating from the 1920s whose interpretation is a key point of contention.

But nothing has come of the commission, and in the absence of any decisions on the boundary, the island is co-managed by both countries, a marriage of convenience that has seen highs and lows.

A flap over flags

Whether gutting fish on the rocks of the island, frying them up in greasy cafes, or stringing them up to dry on wires between rusty metal shacks, Migingo's residents generally just go about their own business.

But "sometimes there are tensions", admitted Collins Ochieng, a young fisherman who moved to Migingo to "make money".

A Kenyan policeman, speaking on condition of anonymity, said the latest flare up of acrimony came in mid-September, when Kenya tried to raise its flag on the island -- which had long had only the Ugandan flag fluttering above it.

He said the Ugandans "wanted to flex their muscles" and began patrolling the island in uniform and carrying weapons, "terrorising" residents. 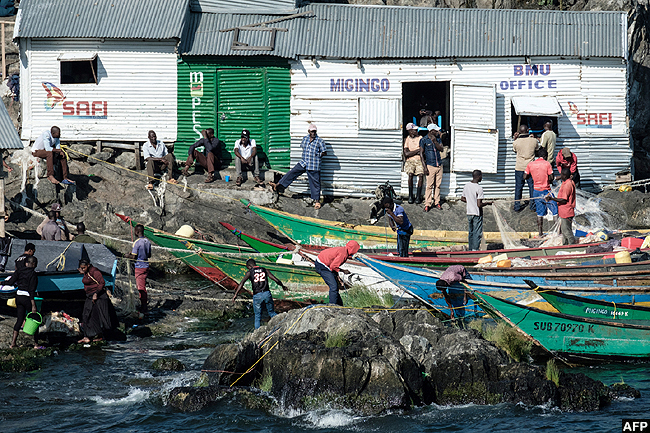 In the early 2000s, the island was barely inhabited. But today, it is densely populated

On the Ugandan side, a policeman concedes there were tensions but said the issue was quickly resolved.

"We decided no flag would be hoisted," he said.

For Boaz Owuor, a 28-year-old fisherman based in Sori on the Kenyan side of the lake, about 15 kilometres (nine miles) from Migingo, the incident proved that "Ugandan authorities take Migingo a lot more seriously than Kenyan authorities."

The co-management agreement stipulates there should be equal numbers of police from both nations but "there are more Ugandans", said a Kenyan officer based on the larger nearby island of Ugingo. The Ugandan side denies this.

'We just want to sell fish'

Lake Victoria is the largest in Africa, and the loss of its once abundant fish life has raised the stakes for millions living along its shores in Uganda, Kenya and Tanzania. 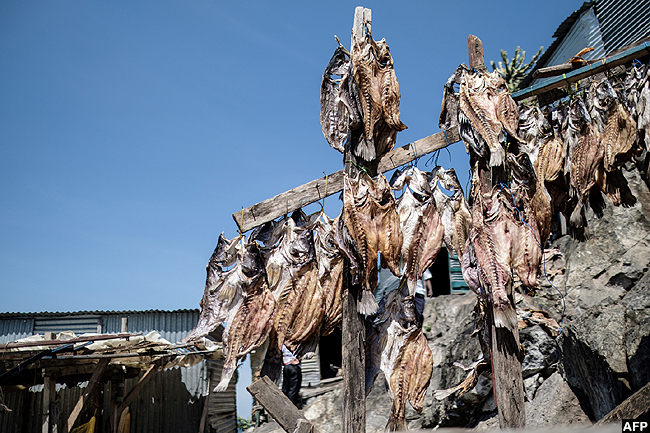 Dried Nile Perch is hang on strings on the island 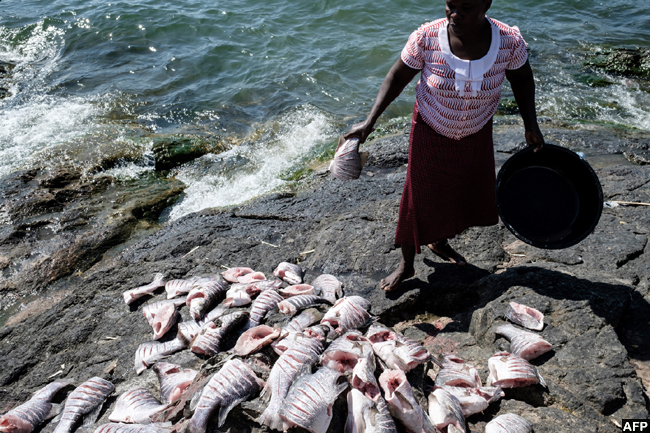 A woman cuts and cleans Nile Perches to be cooked

In the past four decades up to 80 percent of indigenous fish species have been lost, and 70 percent of forest cover in the area, according to the conservation group WWF.

Around Migingo, Kenyan fisherman complain about Ugandan officers harassing them, seizing fish and equipment in what they say are their waters.

Rejecting the accusation, the Ugandan policeman told AFP that it is a "complex issue". 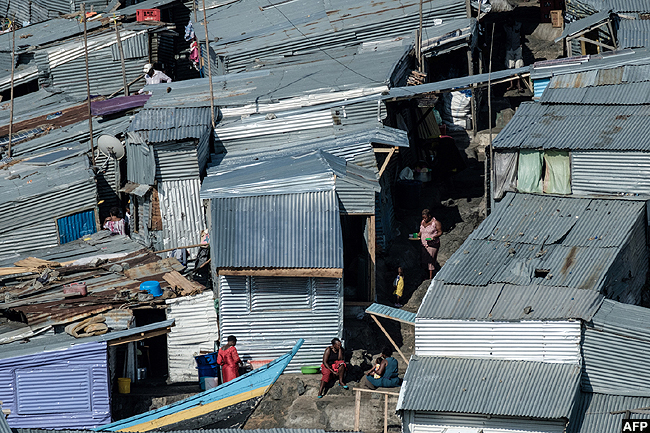 Adams Mulabbi, the officer in charge of the Ugandan police station on Migingo, said : "We just want fisherman to be able to do their business in peace."

Faced with mounting complaints from their constituents, local Kenyan politicians have called on Nairobi to ask the International Court of Justice to intervene and make a decision on the border -- to no avail.

"What matters now is not about the claims by either side, but the need to demarcate the place properly so that the border lines are clear," said Patrick Mugoya, permanent secretary in Uganda's foreign ministry.

On the island, some taunt each other good-naturedly. "This is Kenya," said Colins Ochyeng. "It's Uganda," fired back a Ugandan fisherman passing by, with a smile.

"I don't know who this island belongs to," said Kenyan fisherman Emmanuel Aringo.

"These are all political issues and we just want to sell our fish."

Life is pretty much routine on the island . . . 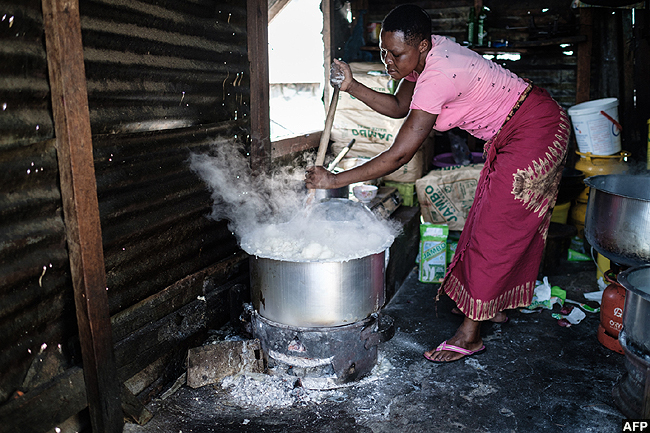 Somewhere, you will find food being put together, like this woman preparing ugali (kawunga in Luganda), a typical local food made of maize flour 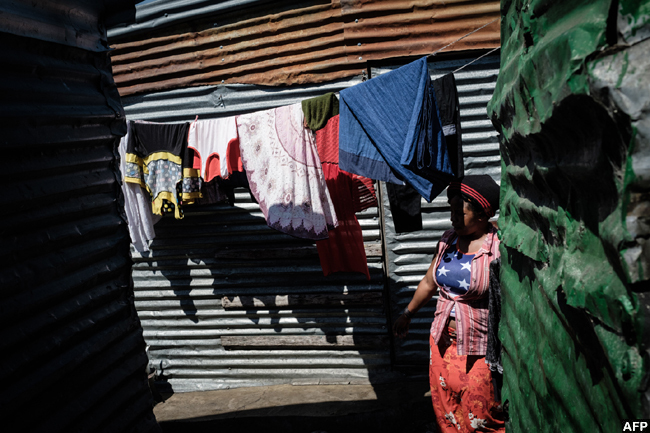 Elsewhere, it is laundry work on a bright day 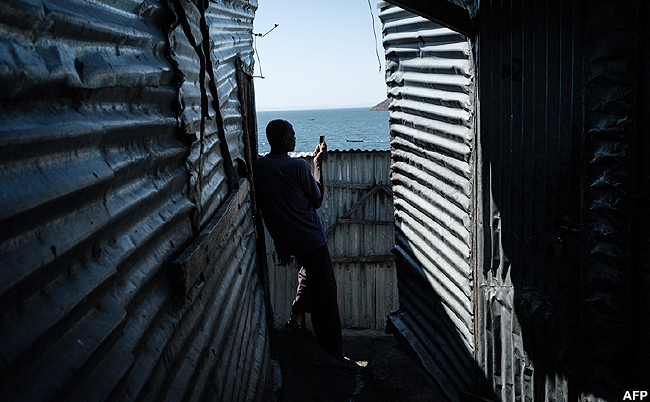 In another corner, you might bump into someone trying to find the best network to make a call 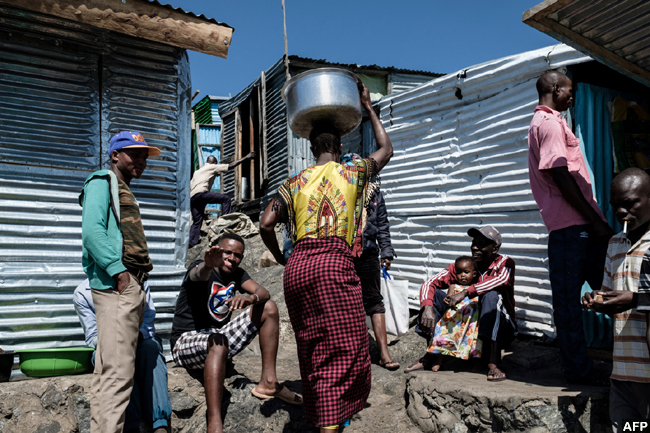 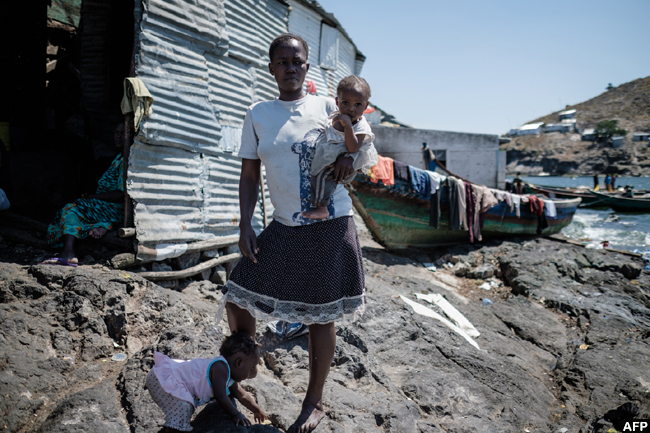 Here, this resident takes time off to take care of her children 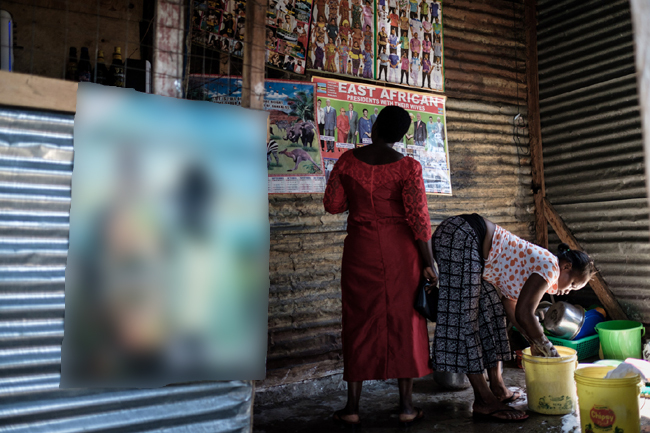 Like many places, you will find a bar here and there. Migingo Island is no different. Here, a woman is seen cleaning her bar 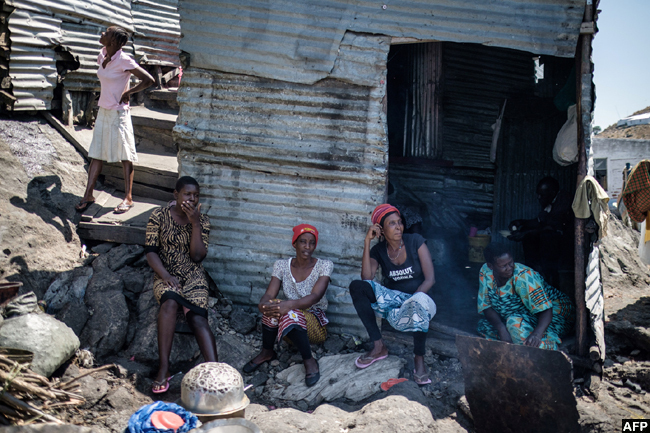 On a typically relaxed day on the island, you will find a group of women interacting 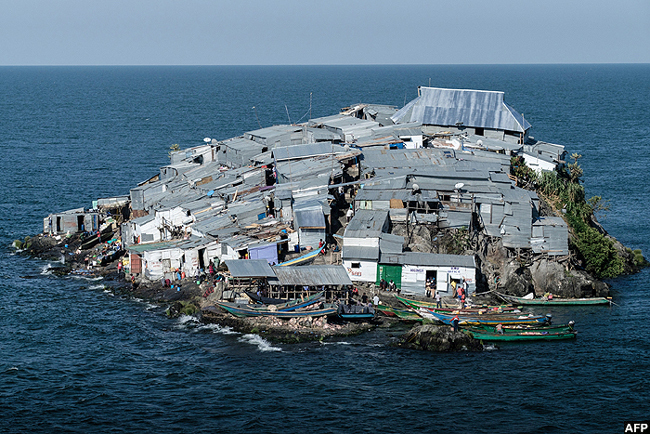 Migingo Island dispute not yet resolved