Agriculture minister Vincent Sempijja (left) hands over a silo to the best farmer Grace Napio during the World Food Day celebrations at Nabilatuk district on Oct 16, 2018. Photos by Francis Emorut

The Government is set to establish regional mechanisation centres to facilitate farmers to engage in commercial agriculture.

This was disclosed by agriculture minister, Vincent Sempijja who represented President Yoweri Museveni during the celebrations to mark the World Food Day in the newly created district of Nabilatuk in Karamoja region.

He said the launch would be in December, where President Museveni is expected to give out 150 tractors plus implements such as combine harvesters and others.

"We want to take agriculture to the next level," Sempijja told the celebrants. 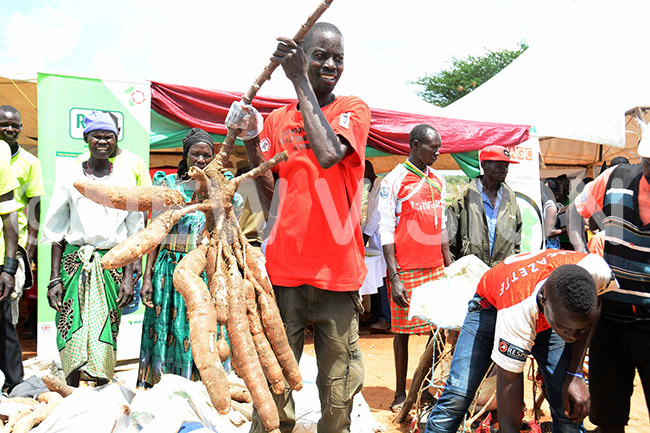 He informed the audience that government is finalising arrangements to get storage facilities for the farmers across the country.

He assured the farmers of Karamoja that government is going to set up irrigation schemes and valley dams for water for production to ensure that Karamoja is developed like any other region of the country.

"We are not going to leave any stone unturned," he said.

"We are going to demystify the notion Karamoja is a desert. Karamoja would be a food basket for Uganda; we need to put things right for water production, good breeds and varieties of crops with high yields."

The minister appealed the district leaders to coordinate with his ministry to ensure that there is no hunger in the region.

The World Food Day held under the theme: "A Zero hunger world by 2030 is possible" attracted several exhibitors across the country who show cased their products.

The Nabilatuk LC5 chairperson Paul Lorukale appealed to the Government to provide water dams saying the pastoralists were surviving without government's intervention.

On operation wealth creation (OWC) he said, the Karimojong people are embracing the programme and are making steady progress. 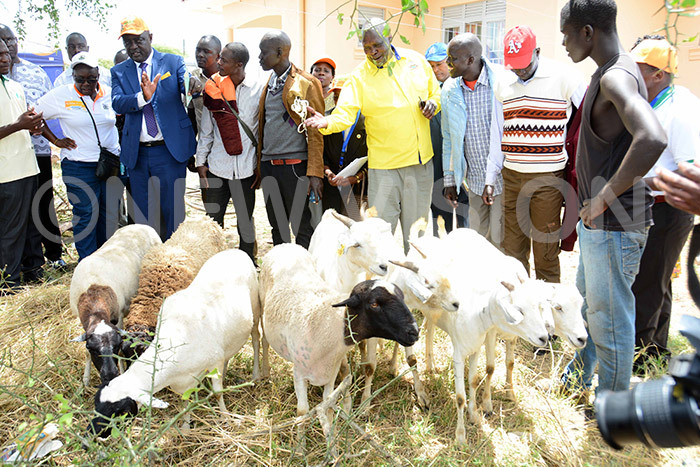 He said Karamoja has huge potential to end hunger by 2030 if government makes necessary interventions to uplift the region.

He informed the minister that the district leaders were facing a problem of recovering Youth Livelihood Fund (YLF) after the young people mistook it as presidential handshake.

"We are facing a big problem to recover these funds," Lorukale said without stating the amount.

The deputy director general of NARO, Dr Imelda  Kashaija informed the celebrants that her organisation was developing technologies to address to climate change effect and increase production.

She outlined triggers of hunger as use of traditional farming methods, prolonged drought, youth not involved in agriculture and limited linkages.

As a result of hunger, expectant mothers, the elderly, and children are the most affected.

During the World Food Day celebrations, six silos for storage were distributed to the best farmers in the region.

Katikkiro to visit FDC on Tuesday