Medical insurance increasing use of family...
Next Story

The urban refugees who include people from Somalia, South Sudan, DR Congo, Rwanda, say they are being denied access to education and health services.

The urban refugees who include people from Somalia, South Sudan, DR Congo, Rwanda, say they are being denied access to education and health services.

PIC: Officer in-charge integration office of the prime minister  Innocent  Ndahirirwa (right)  responding to  questions from the refugees during the inaugural Rise-Up for Refugees Forum public dialogue held at Makerere University. Left is Jannette  Kahindo from the Urban refugees and the programe officer of the Rise  Up Daniel Walusimbi. Photo by Winfred Sanya

Refugees who dwell in urban centers have asked government to avail them with free schools and hospitals where their children can freely access the education and health care services at no cost.

The urban refugees who include people from Somalia, South Sudan, DR Congo, Rwanda,  say they are being denied access to  education and  health services.

Jannette kahindo urban refugee said " I sought for medical treatment when my child was sick from health center, to my surprise the health workers demanded that I produce a refugee national identity card to which she responded that I should go back and get treatment from a refuge settlement camp." 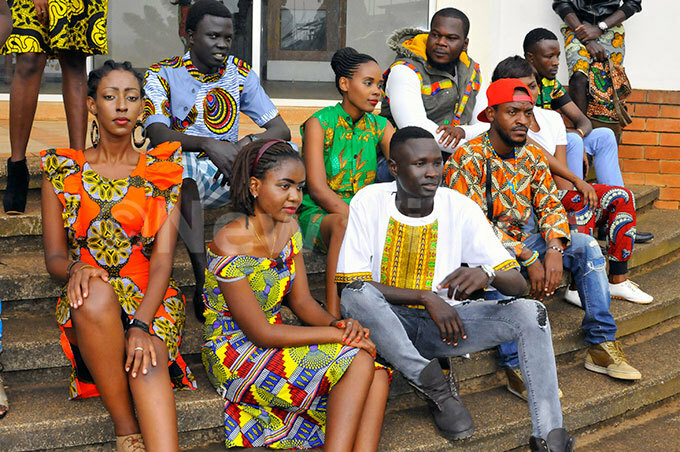 A  cross section of  the refugees  pose in the outfits they made after being trained in entrepreneurship skills .This was during the inaugural Rise-Up for Refugees Forum public dialogue held at Makerere University. Photo by Wilfred Sanya

Currently Uganda's refugees and asylum seekers' status according to Charles Bafaki, principal settlement officer Office of the Prime minister, Uganda has a refugee population of  about 1.5m making it the biggest refugee hosting nation in Africa and third in the world.

Addressing journalists on Thursday at Makerere University, Donnas Ojok Co-founder of Rise-up for Refugees said the refugees who live in urban centers are neglected and  government of Uganda should come out and put in place free schools and hospitals for them so that they can also have free education and free medication whenever they are in need  of it.

"People think that the refugees who live in Kampala and other urban areas have money but it's not true, we demand that government provides them with free hospitals and schools where their children can have access to free education and free medication," Ojok said.

He appealed to government to support the urban refugees financially and physically to help them exploit their potentials and skills, adding that so many refugees can do well in the fashion and style industry but they lack capital and training to fully bring out their abilities and potentials.

"Let government integrate refugees into their economy, so that they too can enjoy their fundamental rights like right to education just like the rest of the Ugandans do.

This will also help to reduce on the high levels of unemployment in the country," Ojok said. 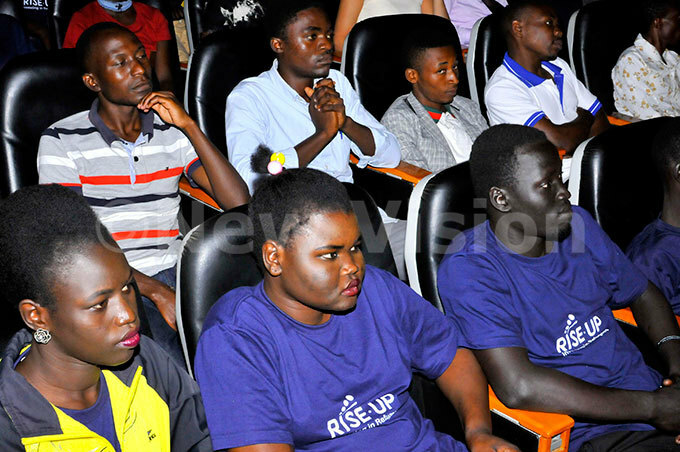 A cross section of refugees during the inaugural Rise-Up for Refugees Forum public dialogue held at Makerere University. The refugees launched the training in entrepreneurship so that they do not only depend on donations. Photo by Wilfred Sanya

Innocent Ndahiriwe legal adviser in charge refugee integration from the Prime minister's office said government's budget is financially constrained and all they can do is  help to support them by strengthening the project partners for refugees like Rise-up Uganda, UNHCR and others that are willing to come out and aid refugees. 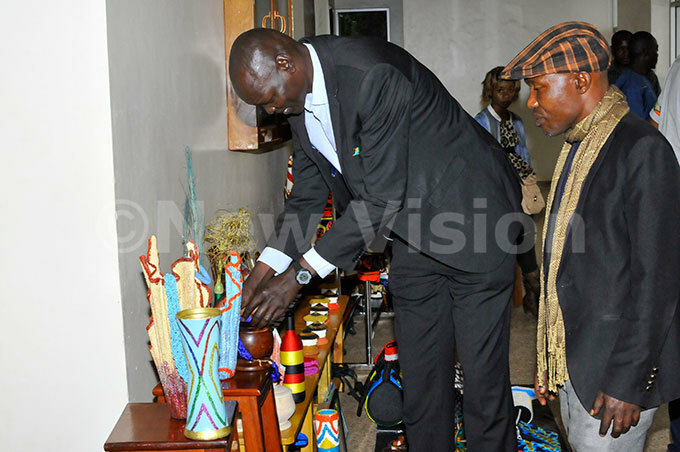 Dr. Melha Biel looks some of the products made by Joseph Mister Africa (right) one of the Urban Refugees in Kampala during the Refugees Innovation public dialogue at Makerere Univesity October 2018.Photo by Wilfred Sanya

"As Uganda Government we already provide security and protections to refugees whenever they come to Uganda but we can't promise that we will do everything for them, yet even some of our citizens lack some of the fundament things they are demanding for," Ndahiriwe said.

Ndahiriwe advised refugees to declare their refugee documents and identity cards to the government and then go to other countries for better services if they feel Uganda is not fully meeting their demands as expected.

Mogadishu on lockdown for president's inauguration