KCCA have no injuries worries ahead of Ond...
Next Story

Geoffrey Massa captained the Cranes at the 2017 AFCON in Gabon

Uganda is yet to qualify for the 2019 Africa Nations Cup finals. However, Cranes' 2-0 win over Lesotho on Tuesday in Maseru has sparked a wave of excitement.

Former stars, like Geoffrey Massa, are also already looking beyond the match against Cape Verde and weighing in with evaluations about the team's prospects in Cameroon.

"I think we are good enough to make it out of the group. Although we had an easy qualifying group, a number of players in the team have picked up at the right time to lead us to a better finish at the Nations Cup," Massa told New Vision Thursday.

The former Cranes captain, who led Uganda to her first Nations Cup appearance since 1978 back in 2016, feels the new format adopted by the Confederation of African Football (CAF) also offers Cranes the best possible opportunity of making further ground in the competition.

"Our target should be making it out of the group stages and progressing even further in the tournament," Massa added. 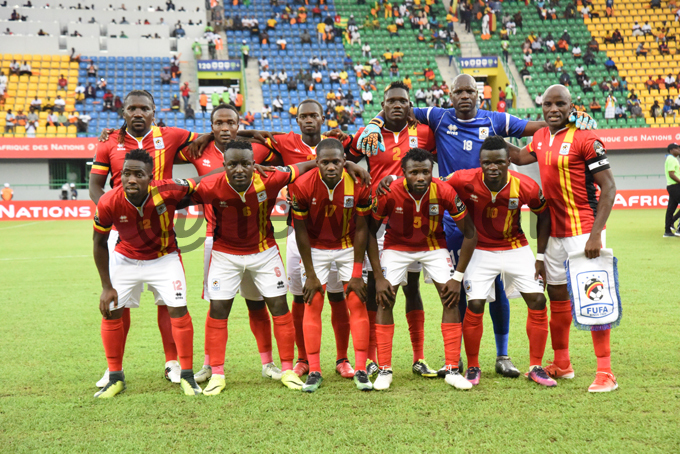 The Cranes that played in the 2017 AFCON in Gabon

At the finals, Cranes will be among the 24 teams that will be drawn into six groups of four teams each.

But are Cranes good enough to scale the heights in the continental showpiece?

His confidence stems from Farouk Miya's return to full fitness.

"He needed that goal against Lesotho last Saturday. Before then, he had gone about seven games without scoring and that can affect your confidence. It's a mental problem. But I see him scoring many more goals," Massa said of the player, who also scored Uganda's only goal at the finals in Gabon.

A further breakdown of the prize monies saw the quarterfinalists each guaranteed $800,000 (sh3b).

Uganda gets easy group for AFCON 2019

Key areas Cranes must work on ahead of AFCON 2019