horror/thriller movie in which he stars alongside Paul Flannery (Ghosts Of Darkness) Kendra Carelli (Guardians of the Galaxy Vol. 2 ) and Stephanie Lynn Styles.

The last he made a buzz behind the camera was with in 2013 with his creation Fame In The Family, the first television show created by a Ugandan that ever featured on E! Entertainment Television, an American basic cable and satellite television channel.

The show was a hit and he made a killing. 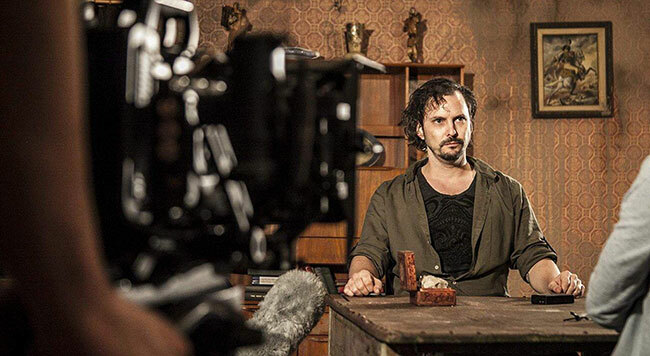 Actor Niko Foster during the shooting of the film

We all thought then that Hemdee Kiwanuka, a Uganda California-based promoter, actor and producer better known in Uganda as local singer Halima Namakula's son was finally home and dry in the competitive US film and television industry.

But he failed to book a Hollywood film in the subsequent years. Then, through his company, Network Showbiz LLC, which among other things promoted and produced music and music videos, Hemdee decided instead to partner up with Chibuike Franklyn Omeaku aka Meaku, a US-based Nigerian-American singer, songwriter, producer, actor, and humanitarian, with a mission to make beautiful music.

The duo produced two brand new music videos which were released on both Ugandan and African music channels such as MTV Base, Trace Urban and YouTube Vevo in May, 2015. Hemdee  went as far as bringing Meaku to Kampala for a tour. Not much has been heard of that project since. 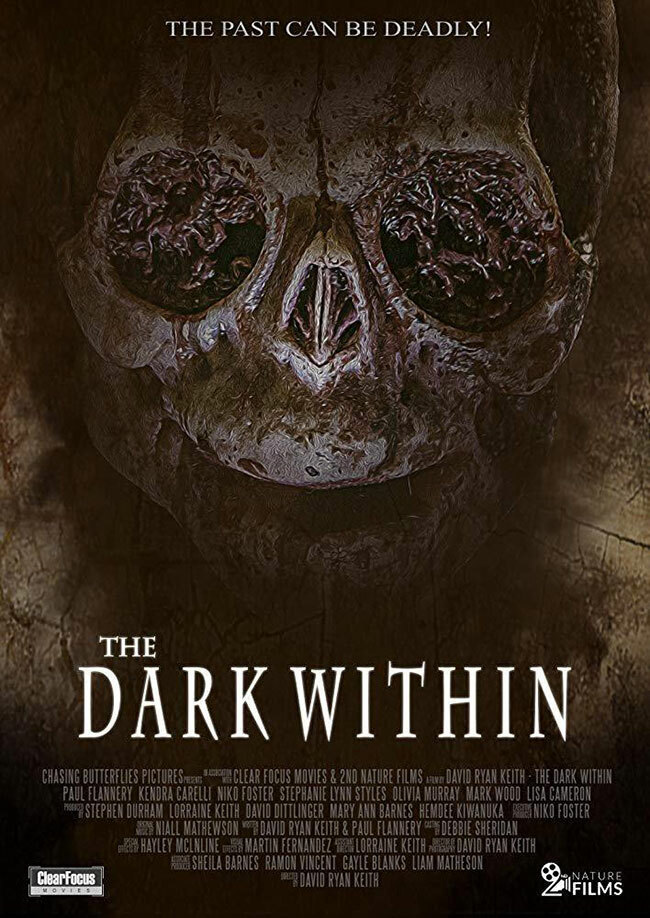 Well, looks like Dee, as he is commonly affectionately referred to by his colleagues in Los Angeles, has finally hit the big time in Hollywood or at least is on the right path.

Hemdee spent the better part of last year in Scotland working on the set of a horror/thriller movie in which he stars alongside Paul Flannery (Ghosts Of Darkness) Kendra Carelli (Guardians of the Galaxy Vol. 2 ) and Stephanie Lynn Styles.

Hemdee also produced the movie alongside Steven Durham, Mary Ann Barnes, David Dittlinger and Lorriane Keith. A film producer oversees the production of a film. Either employed by a production company or working independently, producers plan and coordinate various aspects of film production, such as selecting the script; coordinating writing, directing, and editing; and arranging financing.

Now the movie, released by Clear Focus Movies and 2nd Nature Films and  executive produced by Niko Foster (the guy who put up the money to shoot the film), made its World Wide Premiere on Saturday, October 13, 2018 at the L.A Live Regal Theatres.

The Dark Within tells the story of a disturbed man with unknown psychic abilities trying to unravel the mystery of his parent's while battling his own demons. 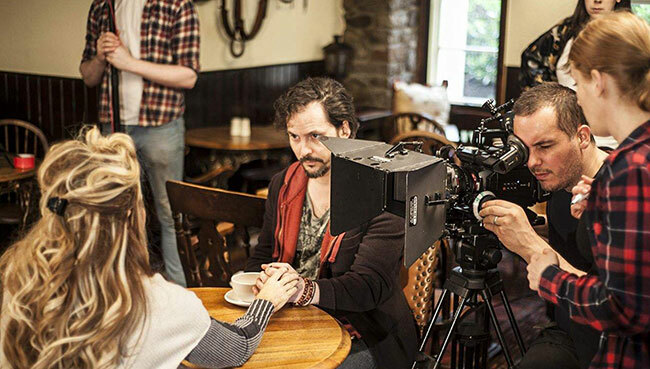 We can only hope this finally paves the way for yet another son of the soil to hit the big time.

Hemdee and his fellow producers are already in pre-production, planning to film 48 Zombies, another horror film, early 2019 in Serbia.

The movie is a love story, it's about a scientist trying to save his wife from terminal cancer, he creates a serum that regenerates dead cells. During his human trials a jealous college sabotages the experiment causing the regenerated host to become rabid and blood thirsty. Chaos ensues leaving the scientist and his group of investors stranded trying to survive the onslaught of the undead.

Already Hollywood is warming up to Hemdee. He is one of the celebrities invited for this weekend's 14th Annual La Femme International Film Festival (LAFIFF) awards show and gala event. The exclusive invite-only red carpet and awards ceremony to be hosted by comedian Michele Meleán (MadTV) will be held at the South Park Center Theatre in downtown Los Angeles.

The event often attended by celebrities, Hollywood insiders, filmmakers and invited guests is the culmination of the winners from that screened from all over the world in over 100 films.

Other prominent actors of Ugandan origin in Hollywood include Ntare Mbaho Mwine who is currently starring in the television dram ‘The Chi' and Kaluuya who earlier this year achieved international recognition and acclaim for his leading role as Chris Washington in the horror film Get Out, for which he was nominated for the Academy Award, Golden Globe Award, SAG Award, and BAFTA Award for Best Actor. He also starred in the Marvel comic hero blackbuster Black Panther 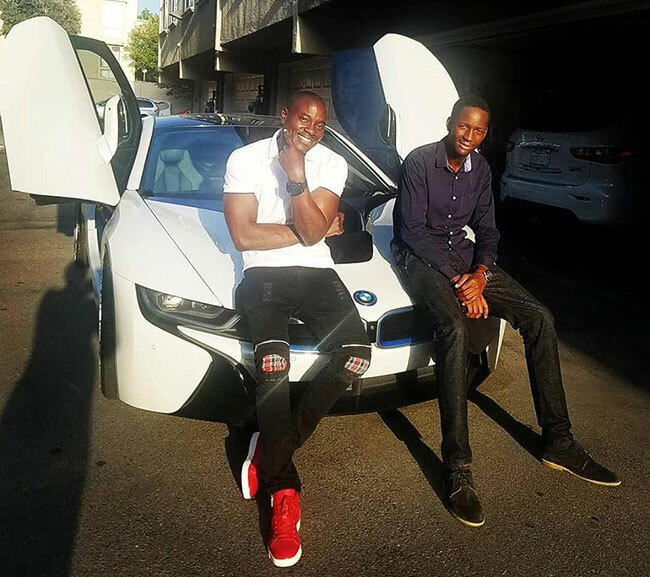 Born to singer Halima Namakula in 1975 in the slum of Kalerwe, in Kampala, Hemdee and his younger brother Rashid immigrated to the United States in 1987. It was then Hemdee realised, entertainment was his calling.

Hemdee began his career has a Hip Hop artist in the early 90's, touring with The Gap Band, R Kelly, Master P and many more. He later got signed with Abram Artist Agency as an actor/model, after he appeared in so many TV commercials, in 2000 he booked a TV show that changed his life "Cannonball Run" which aired on USA network and produced by GRB Entertainment.

In 2000, he started booking and producing international concerts with artist like Jason Derulo, Boyz II Men, T-Pain, Sean Kingston, Beenie Man, Elephant Man and that led him to start creating/producing his first reality Television show "Fame In The Family" featuring Sean Kingston and Romeo Miller that aired on E Network and executive produced by GRB Entertainment.

Now with a few TV shows under his belt, Hemdee partnered with Stephen Durham of 2nd Nature and started making action and horror films. With his determination to win, the sky is the limit for Hemdee.