Judge Damalie Lwanga wants Police to emulate the tactics used in the US against drug traffickers. Photo by Prossy Nandudu

Lwanga explained that when courts want to prove a human trafficking case on the suspect in whose custody a victim was found, they consider all the above elements in order to come up with a final judgment.

"We get reports of cases of human trafficking, like children rescued, girls rescued, people are arrested but end up not going for prosecution because the prosecutor will have to prove that they were being taken for exploitation," she added.

She added that Police has to employ sophisticated measures of handling human trafficking offences by taking into consideration the above elements if courts are to preside over such cases conclusively.

"That is where I want to propose to Police to start employing special methods like those employed in the USA such as the Control Delivery method, where investigators observe something, monitor them until their final destination, to prove their suspicion and that is how they get drug traffickers," Lwanga added.

She made the remarks on Friday during a regional meeting on human trafficking as a form of Sexual and Gender Based Violence (SGBV) organised by FIDA Uganda with support from Terre Des Hommes, a Swiss organisation for children's aid through protection and emergency relief programs. It attracted Rwanda, Burundi, Kenya, South Sudan and the host Uganda. 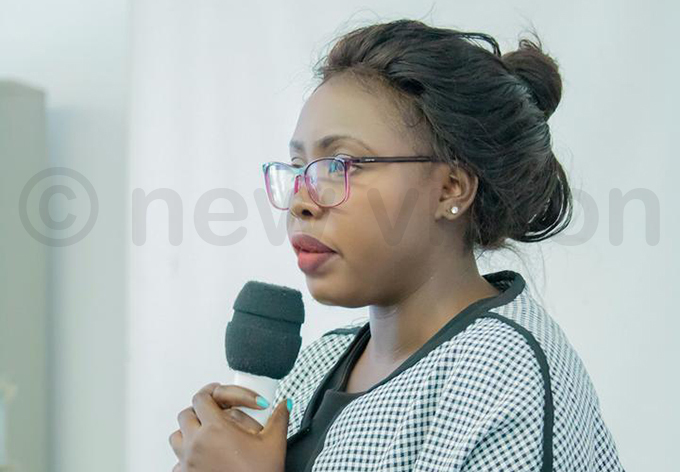 "As FIDA we are trying to shine a light that trafficking is a form of SGBV because it has been pushed to the side and isolated as a lone factor and yet when you look at its dangers, the rates are very high right now," said Mercy Munduru, program officer at FIDA Uganda.

She explained that they decided to engage partners across the region because human trafficking is a transnational crime that Uganda cannot address alone because of some of these countries are used as passages for trafficked women, children, girls and women.

"We are having them here to not only have a concerted effort in addressing this holistically but also for us to build collaborations to jointly address trafficking as partners in the region not just as FIDA but all the other actors," she said.

According to Munduru, trafficking is a form of gender based violence because the level of trafficking is very high due to various issues that call on all countries to have some legislation that can address the vice.

"Today all countries have some legislation to address trafficking and SGBV the challenge is the complex nature in how this crime manifests itself. For example Uganda has a domesticated law but we have not accented to the Palermo Protocol which will then increase our reach in terms of how far we can go in responding to cases that do not necessarily operate in Uganda," Munduru said.

The Palermo Protocol which seeks to prevent suppress and punish trafficking persons especially women and children, supplements the UN's convention against transitional organised crime, adopted and opened for signature, ratification and ascension by the General Assembly resolutions 55/25 of November 15, 2000, in Italy.

Also there are no rescue shelters that offer counselling, vocational skills, rehabilitation, for the rescued women and girls before they are taken back to the community and because of this, they go into depression and sometimes backslide back into the trafficking trap.

"Therefore we sit here today, to hold government accountable on various issues like why the Anti-Trafficking Act has no guidelines on how it can be implemented. That means Police will arrest a trafficker and will not know what kind of charge to level. They will end up giving him or her smaller punishments and when released, they continue," Munduru added.

So why the rise in human trafficking?

George Kegoro, the executive director of the Kenya Human Rights Commission explained that the root cause of human trafficking is the increasing levels of poverty.

"We should start by understanding and finding means on how we can address that, otherwise, there is no way we can protect these young people when they are very poor and have been promised lucrative jobs," said Kegoro.

For Uganda, Kegoro said government should include youth in programs like Operation Wealth Creation, find jobs for young girls and youth in general who are being trafficked as they search for employment.

Some of the human rights abuses inflicted upon these people include removal of body organs, rape, defilement, human sacrifice, slavery, hard labour among others.