Uganda and Lesotho face off on Tuesday in the return leg of their Group L 2019 Africa Cup of Nations qualification.

Uganda and Lesotho face off on Tuesday in the return leg of their Group L 2019 Africa Cup of Nations qualification.

PIC: The Cranes team arrived in Maseru aboard a chartered flight on Sunday. (Credit: FUFA)

The Uganda Cranes have had a feel of the Setsoto Stadium artificial turf in Maseru, where they will in action on Tuesday for the return leg of their back-to-back 2019 Africa Cup of Nations qualifiers duel with Lesotho.

The team flew to Lesotho on a chartered plane on Sunday, just hours after their resounding 3-0 victory over the Crocodiles at Mandela National Stadium.

Emmanuel Okwi's two goals on either side of Farouk Miya's clean penalty underlined the Cranes's dominance in a memorable first-leg tie.

Okwi scored a beauty of a goal early in the opening half, before playing the main role in Uganda's penalty ten minutes before the break, when he was brought down inside the box after an industrious run.

Teammate Miya sent Lesotho's keeper Mohau Kuenane the wrong way to send the Cranes to the break with a two-goal cushion. Okwi returned to add refine the scoreline with his second of the day and a third for Uganda. 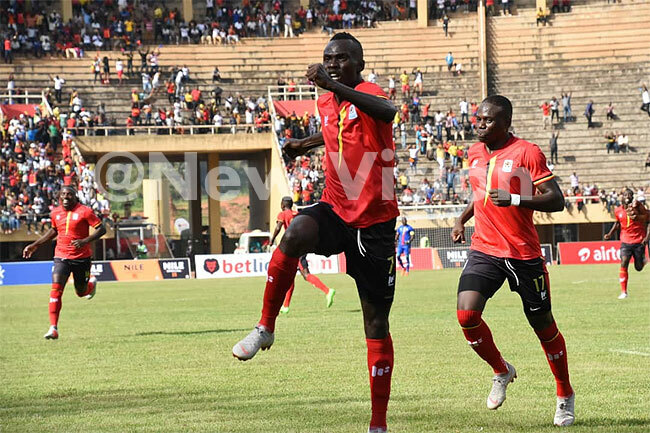 There was no time to bask in that home glory. The Cranes had to jump on the next flight down south Sunday morning, as focus swiftly turned to the return leg.

Upon arrival in Maseru, Lesotho's capital and largest city, the team was then shuttled to Avani Maseru Hotel, where they will reside during their brief stay in the kingdom.

"The team players, officials and the rest of the delegation members are in fine health ready for Tuesday's game," tweeted Uganda football governing body FUFA on Monday.

The team hit the ground running. They had a recovery session Sunday evening and were due to conduct their last training session Monday night at Setsoto Stadium.

It has been a good start to this campaign, with Uganda yet to lose a game or even concede a goal in Group L. They started off with a 1-0 away win to Cape Verde late last year, thanks to Geoffrey Ssenkuuma's goal.

They followed it up with a rather drab goalless draw at Namboole against neighbours Tanzania last month, before brushing aside Lesotho on Saturday.

Victory in Maseru on Tuesday will lift Uganda further to the lofty heights of the group. As it stands, they are at the summit on seven points, Cape Verde in second on four while Lesotho and Tanzania trail on two points apiece. 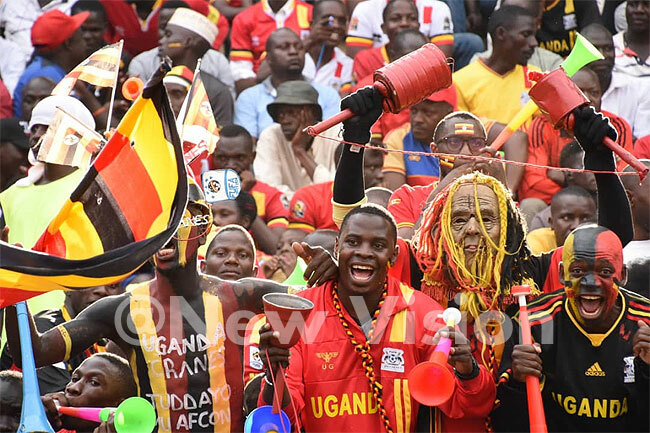 Cranes head coad Sebastien Desabre says his side have the quality to match Lesotho on their home ground.

Saturday's victory was the 42-year-old Frenchman's first competitive match since taking charge of the national side late December last year. The only win he had registered in his first seven games at the helm was a 3-0 result in a friendly against Sao Tome and Principe in March.

This time round, the Africa Cup of Nations finals will feature 24 teams, unlike the 16 in previous editions.

With 10 points, if the Cranes beat the Crocodiles on Tuesday, the lowest that Uganda can finish even with defeat in the upcoming games against Tanzania and Cape Verde is second place.