Museveni commiserates with victims of Budu...
Next Story

“Women have a stereotype of thinking that the training is only meant for men and not women,” Mbabazi said.

“Women have a stereotype of thinking that the training is only meant for men and not women,” Mbabazi said.

According to Deborah Mbabazi, the Kampala Resident City Commissioner who was at recruitment grounds to monitor the exercise, said women have not actively involved themselves into the exercise due to a stereotype attached to the exercise.

"Women think that the training is only meant for men and not women," said Mbabazi.

She said matters of security are everyone's responsibility regardless of their gender or political dispensation.

"When there is insecurity in the country, it will not discriminate and only affect members of the NRM and spare opposition or only affect opposition members and spare those in the ruling party. It will affect us all equally, so let us work together as a team to see that security is beefed up in our country," said Mbabazi.

She called upon women who she said are the most vulnerable group, to take up the LDU recruitment exercise as an opportunity to equip them with knowledge on how to fight insecurity in the places where they come from.

Mbabazi said that even the few women who enlist fall out during the 4km run when they fail to complete the race. She however cautioned politicians against discouraging people from joining the exercise. 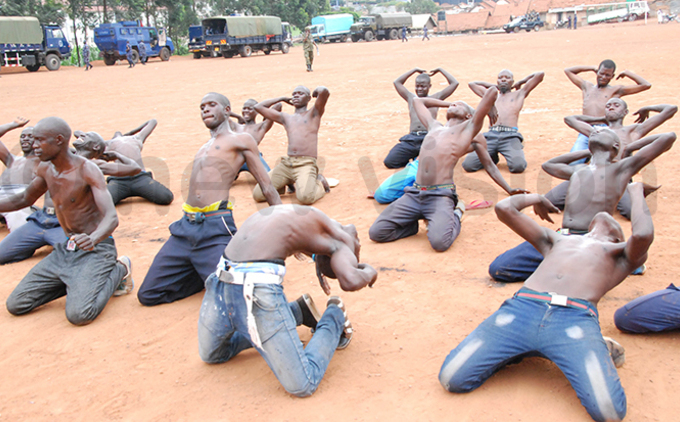 "Some politicians want to use it as a political platform to discourage people by telling them that the exercise will not cause any change about the killings that have been occurring in the country," she said.

The recruitment exercise came as a result of President Yoweri Museveni's directive in the wake of the killing of former Buyende DPC, Muhammad Kirumira, to recruit 24000 LDUs that will help in beefing up security.

According to Henry Obbo, the spokesperson in charge of the recruitment exercise, at least 60 women have turned up for the exercise.

"If you can have 60 women participate in the LDU exercise which involves vigorous training, then that is a good number," said Obbo.

The second phase exercise which started on Wednesday will end on Saturday, but other recruitment phases will be conducted so as to realise the target.