Food prices on the rise in Soroti

A visit by New Vision to Oparia market on Saturday currently housing former vendors of Soroti main market under construction indicates that food prices have increased compared to the past two months.

Michael Ojok, a retail shop owner said prices of commodities such as rice, sugar and posho are currently fair and low.

A bundle of collard greens locally known as sukuma wiki costs sh1,000 a bundle up from sh500.

Juliet Apio, who deals in fruits at the market, said prices for commodities such as passion fruits and oranges have increased.

For example, a basket of passion fruits currently costs about sh40,000, compared to about sh30,000 three months ago.

Meanwhile, the price for red groundnuts has slightly dropped to sh3,500 up from sh5,000, while prices for Serinat IV remain constant at sh2,500 a kg.

Prices for green grams also have also remained constant at sh2,000 per kg for the past three months. 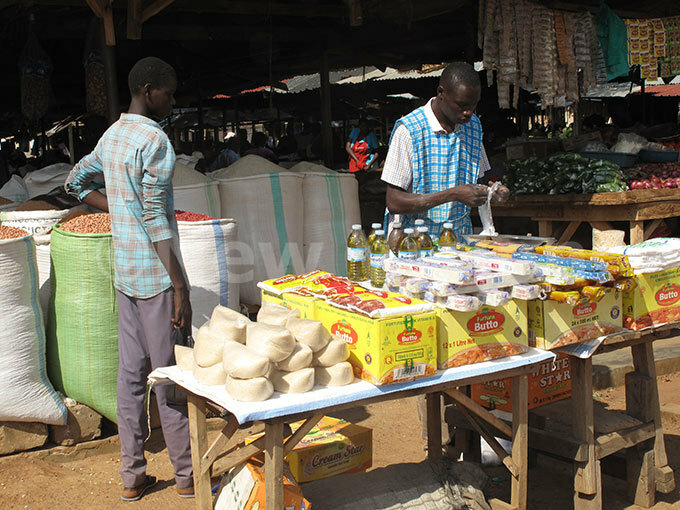 Jane Arigo a matooke vendor in Soroti market blamed the hike in matooke on high buying price and transport costs involved in transporting it from Mbale to Soroti.

"The vendors who buy their fresh produce from Mbale are affected by the frequent breakdown of vehicles, which affects supply" Arigo added.

Joel Epecu, a produce dealer in Soroti main market said there was poor harvest of crops such as beans, rice and cabbage among others during the first season.

According to Eriebat , the hike in food prices is due to several factors such as low supply, poor road network between Soroti and Mbale and prolonged drought, which affected food production.

He anticipates food prices to double due to low harvest in second harvest as a result of floods which ravaged the crops people had planted.

Church speaks out on Kabaka's son